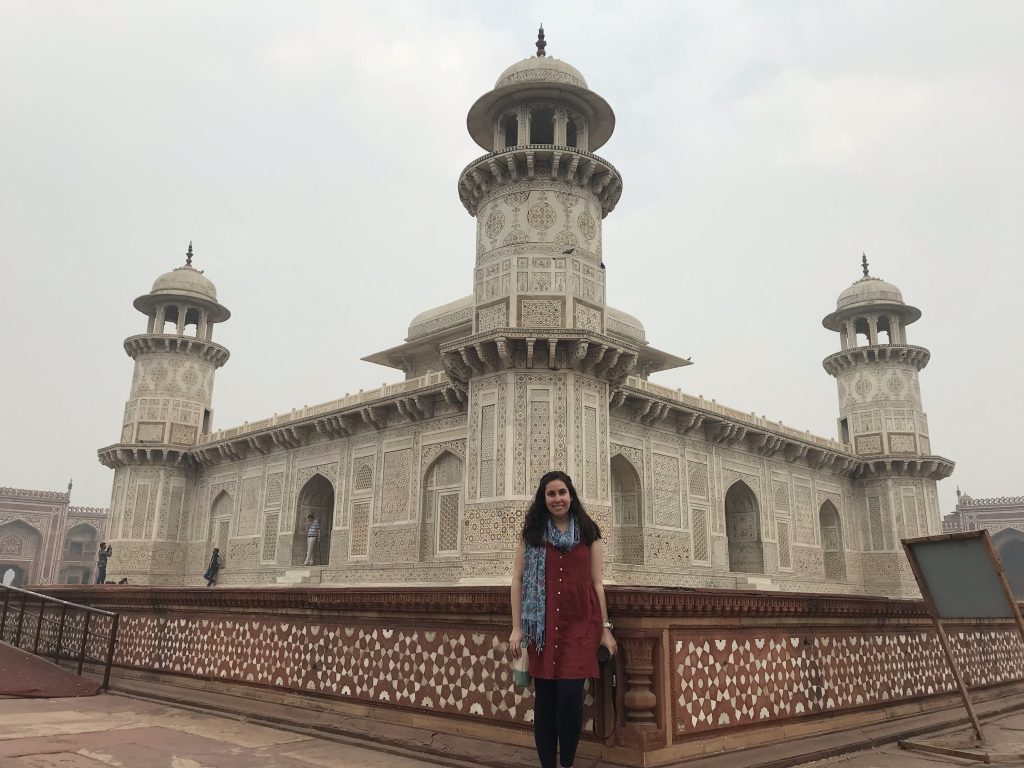 the ‘Baby Taj’ as it is thought to have been the model for the Taj Mahal, although it is also referred to as the ‘jewel box’.

The mausoleum was commissioned by Nur Jahan, the wife of Jahangir, for her father Mirzā Ghiyās Beg, originally a Persian Amir in exile. 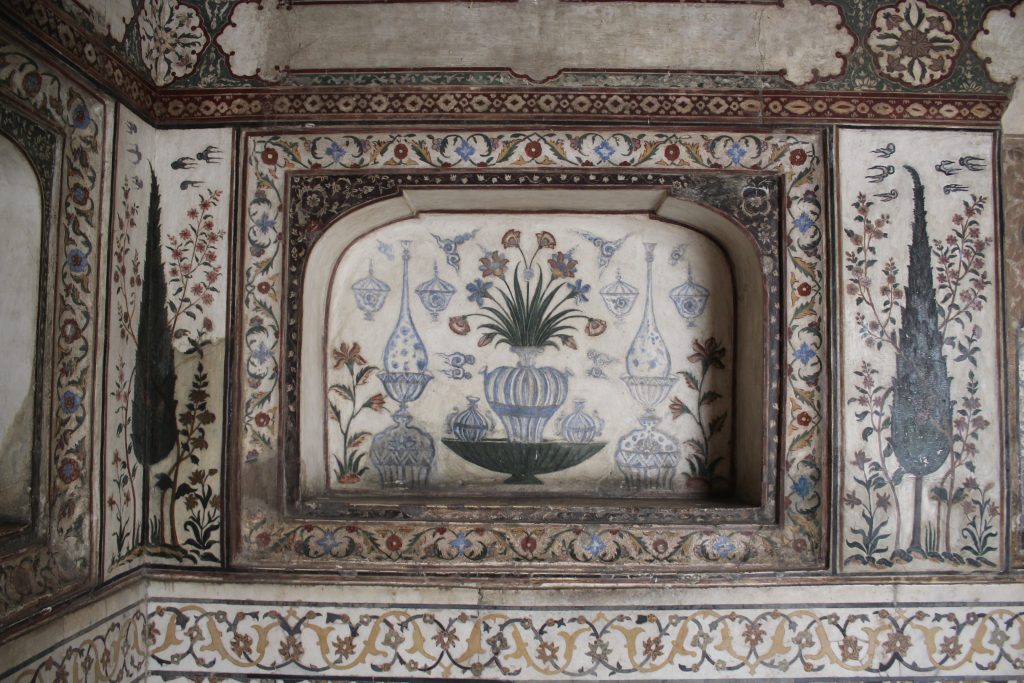 The entire building is covered with delicate artwork with marble lattice screens and fine carvings. This is the first Mughal structure made with marbles by Nur Jahan, mother of Shah Jahan (builder of Taj Mahal).

This tomb was the first to use pietra dura style decoration with semi-precious stones  (cornelian, jasper, lapis lazuli, onyx, and topaz) 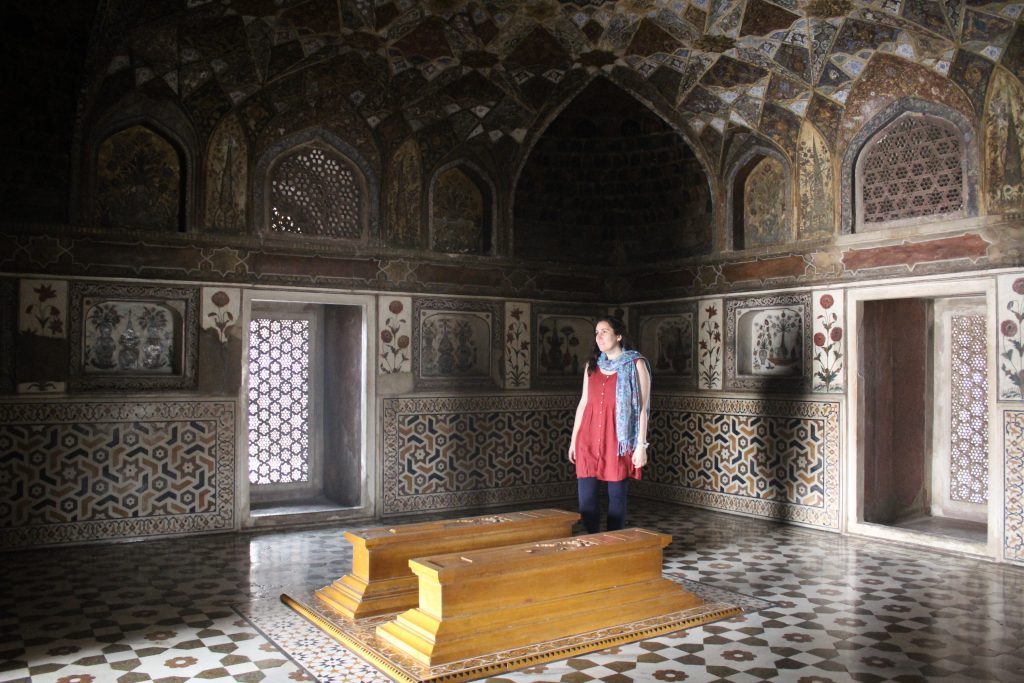 The only asymmetrical element of the entire complex is that the cenotaphs (shown above) of her father and mother have been set side-by-side, a formation replicated in the Taj Mahal. 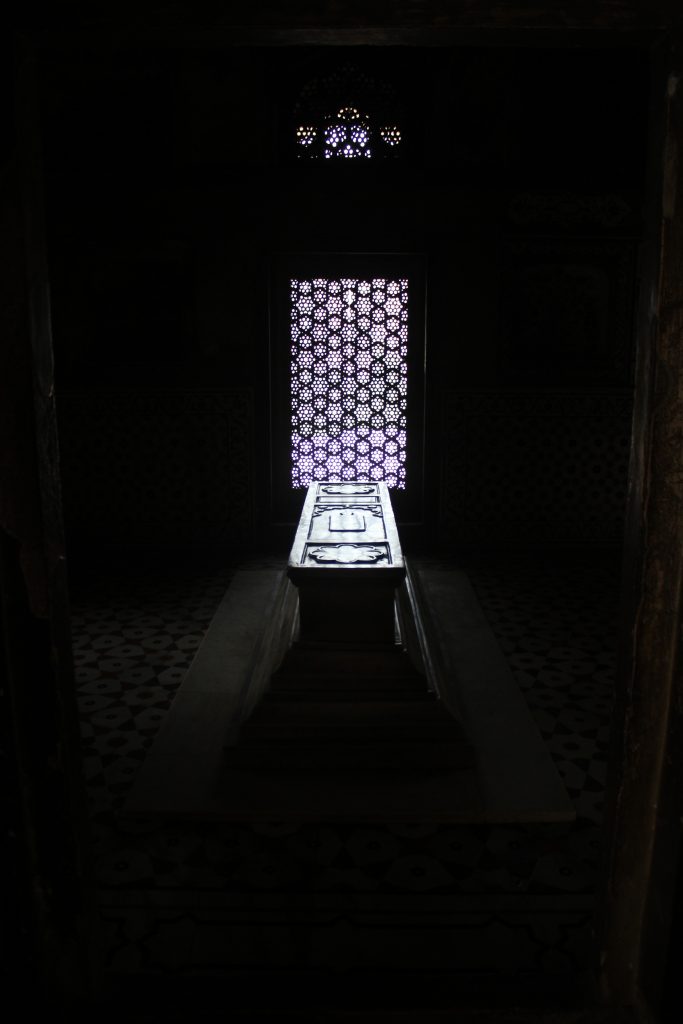 The main element of Itimad-Ud-Daulah tomb is the square barahdari that has three arched openings on each side which are closed by jalis, similar to Persian architecture. 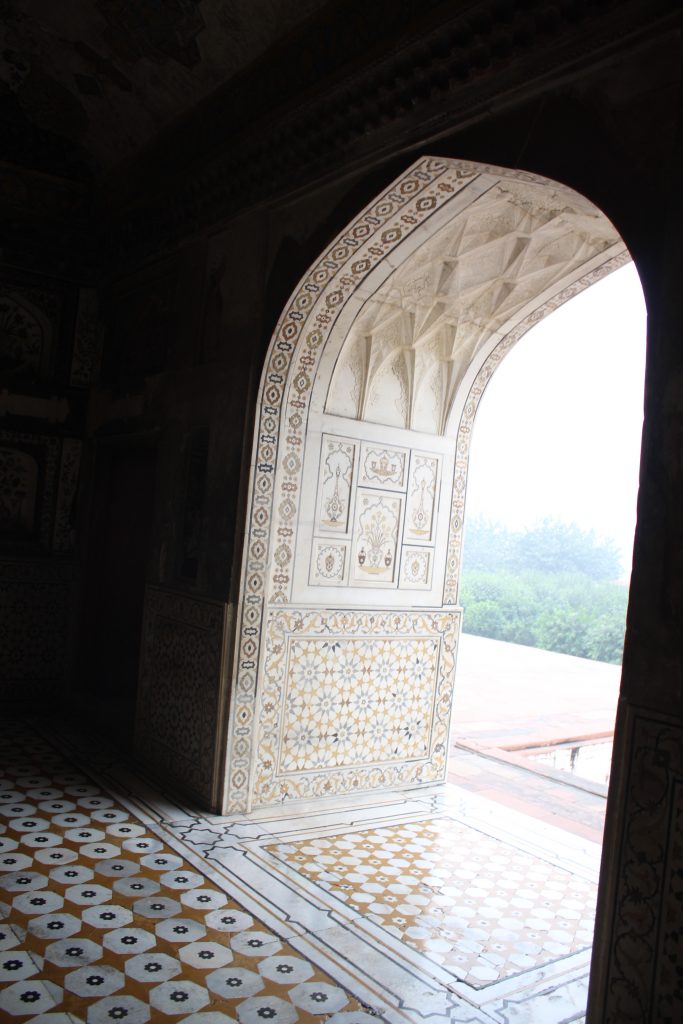 On each corner of the mausoleum there are hexagonal towers, about thirteen meters tall. 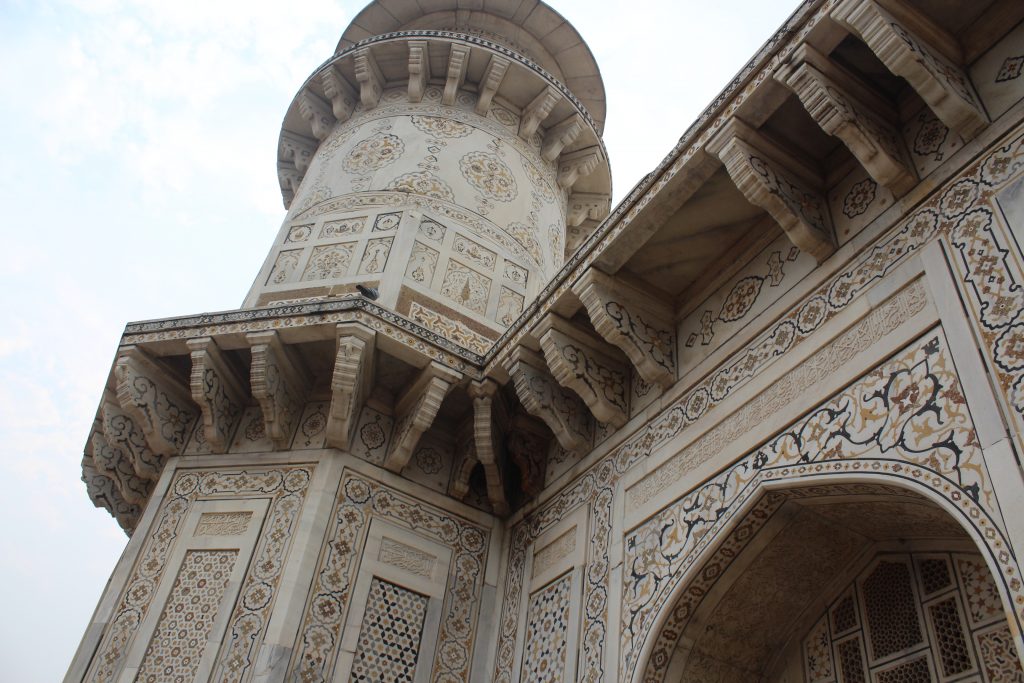 The mausoleum is placed on a large red sandstone platform, which can be accessed via four monumental gateways. 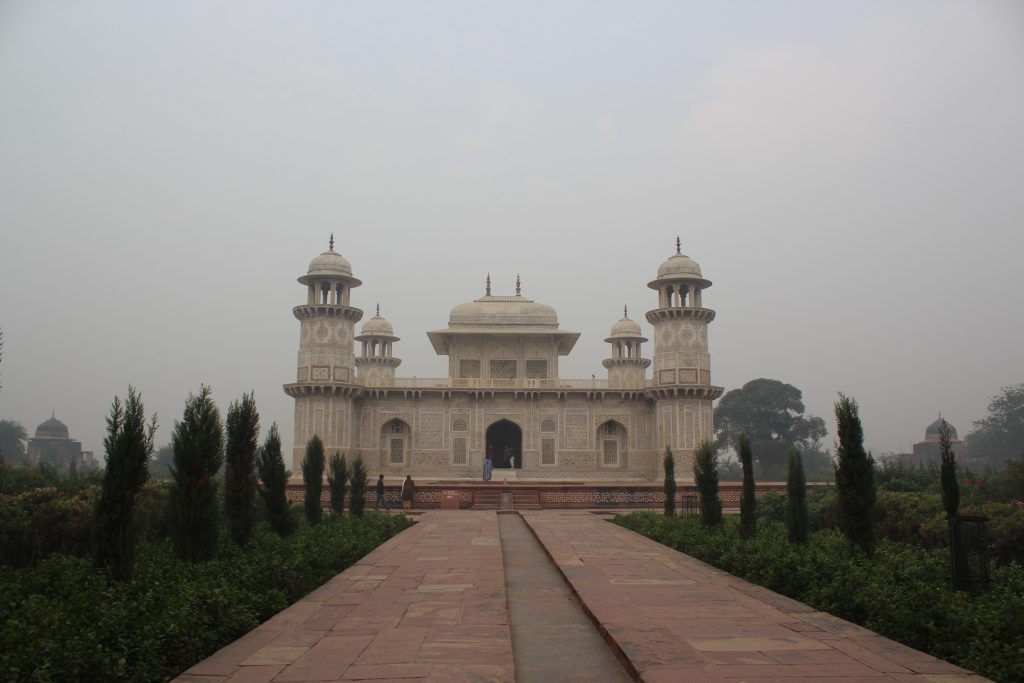 The western gateway is a waterfront pavilion and the eastern one is the main entrance. The southern and northern gateway are false gates, made for the sake of maintaining symmetry. Every gate is made with red sandstone and has geometric designs and chine khana designs made on white marbles. 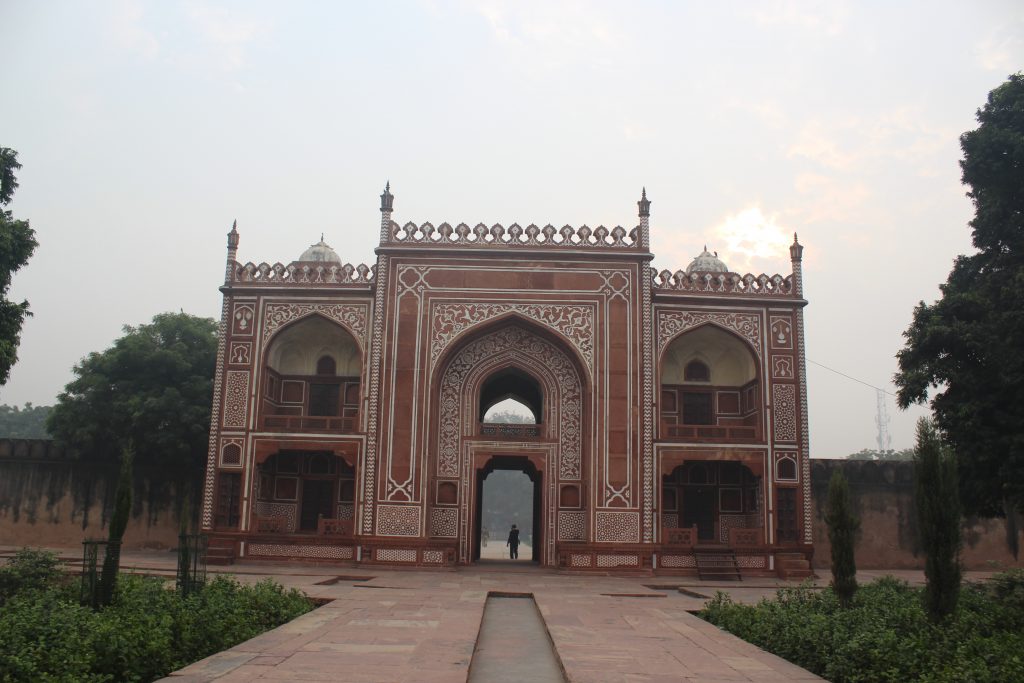 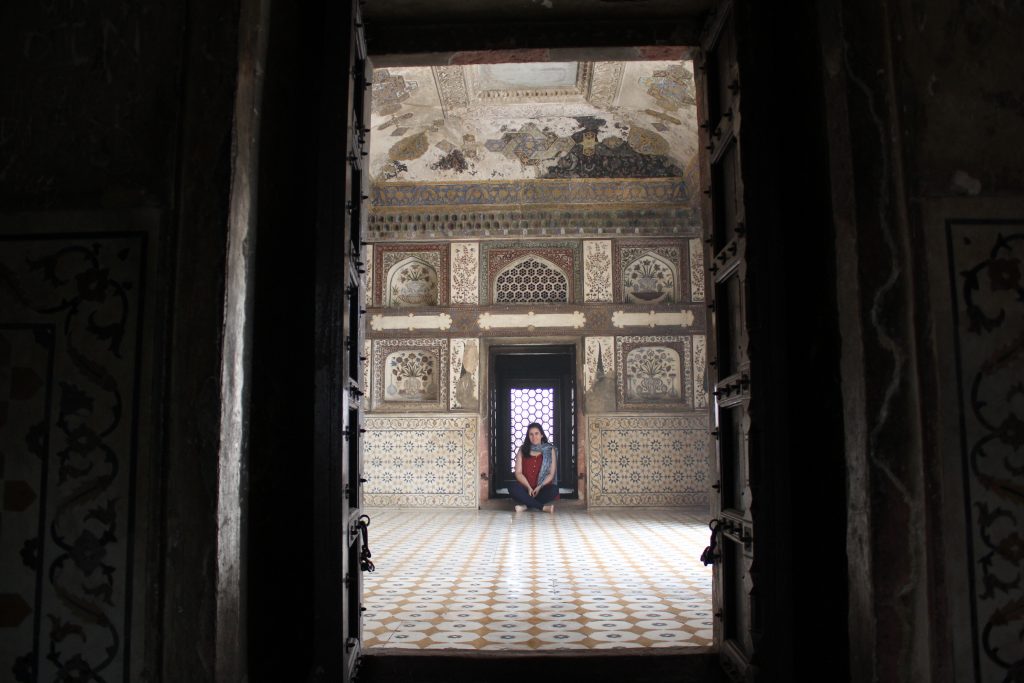 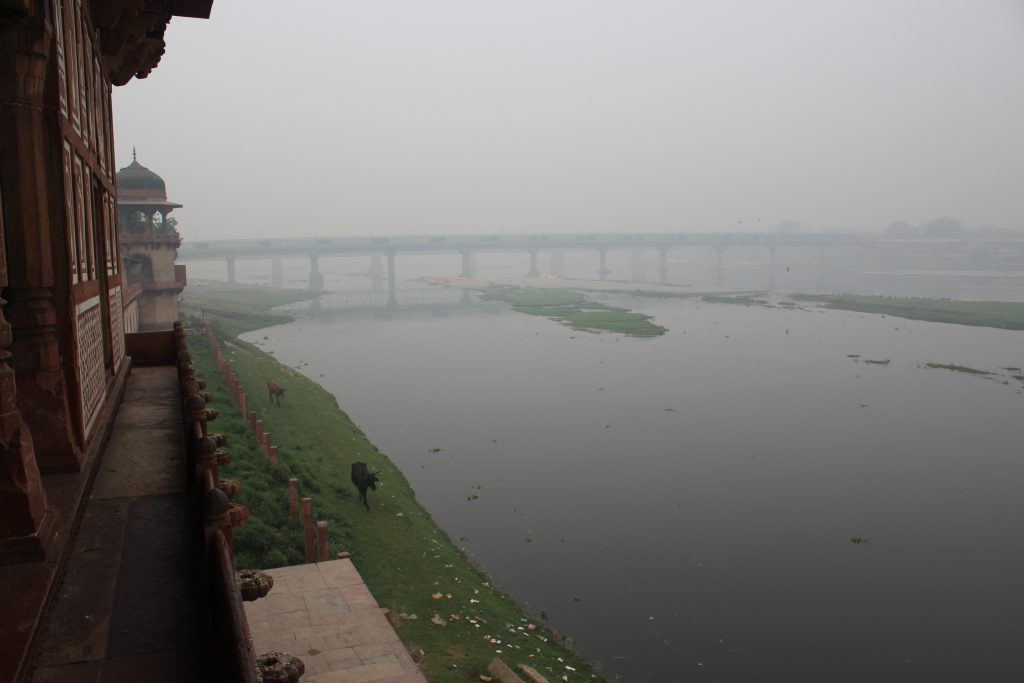