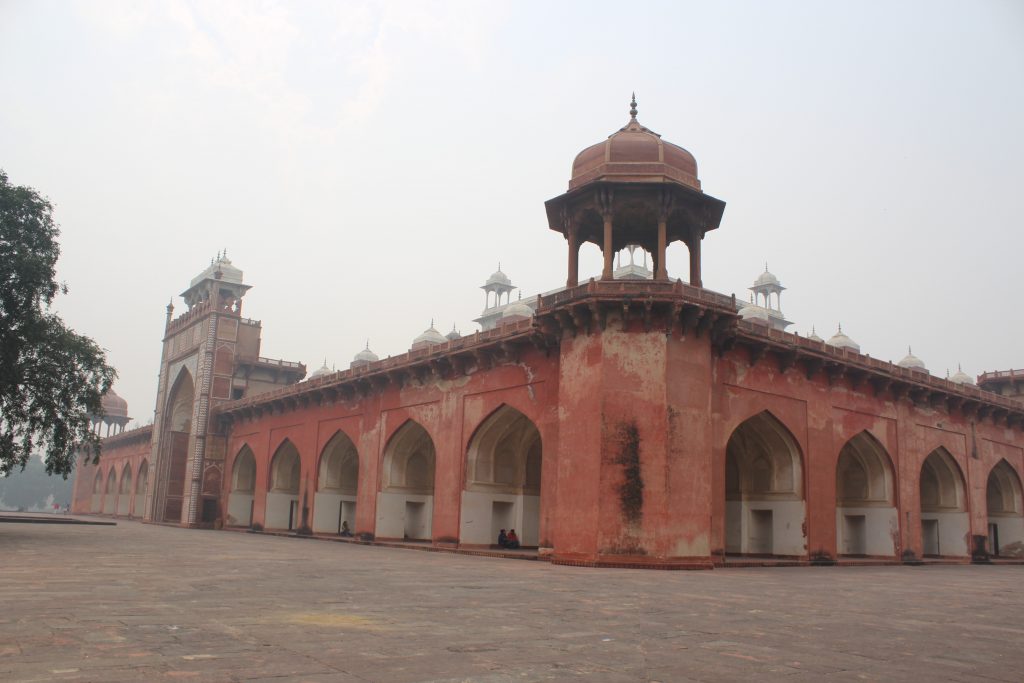 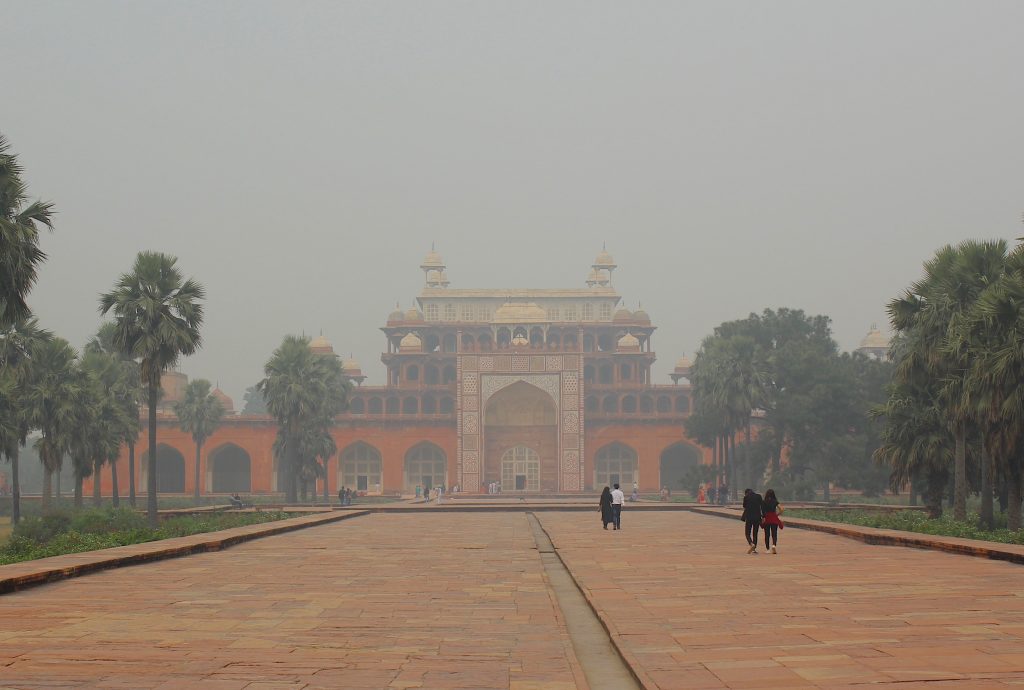 The tomb building is a four-tiered pyramid, surmounted by a marble pavilion containing the false tomb. The true tomb, as in other mausoleums, is in the basement. Around the cenotaph  there is a galleria with very few decorations when compared to the rest of the structure. 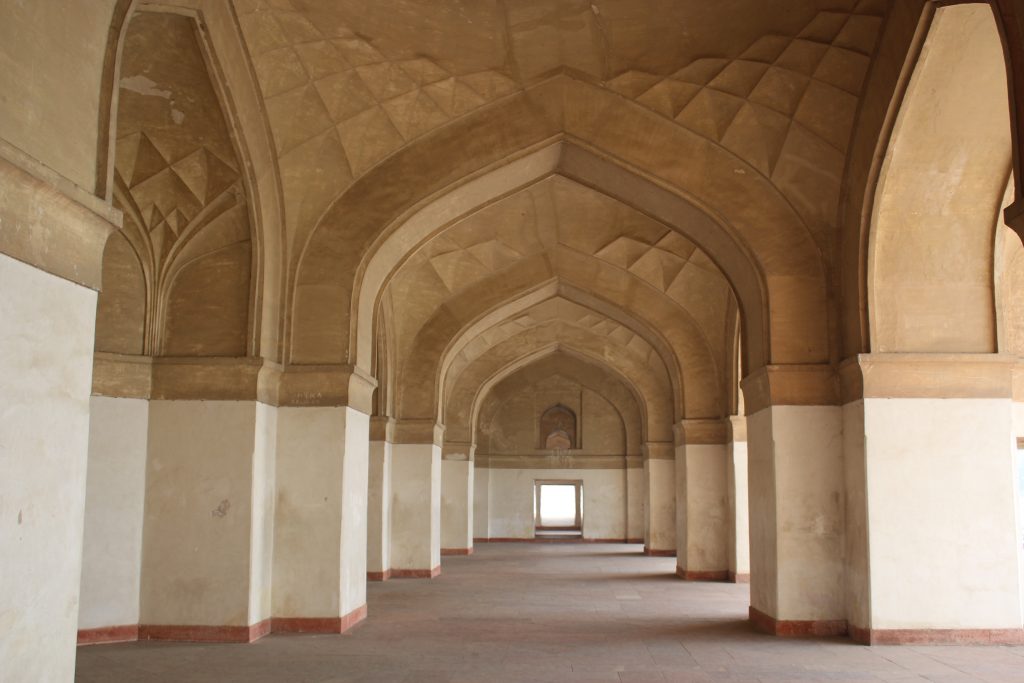 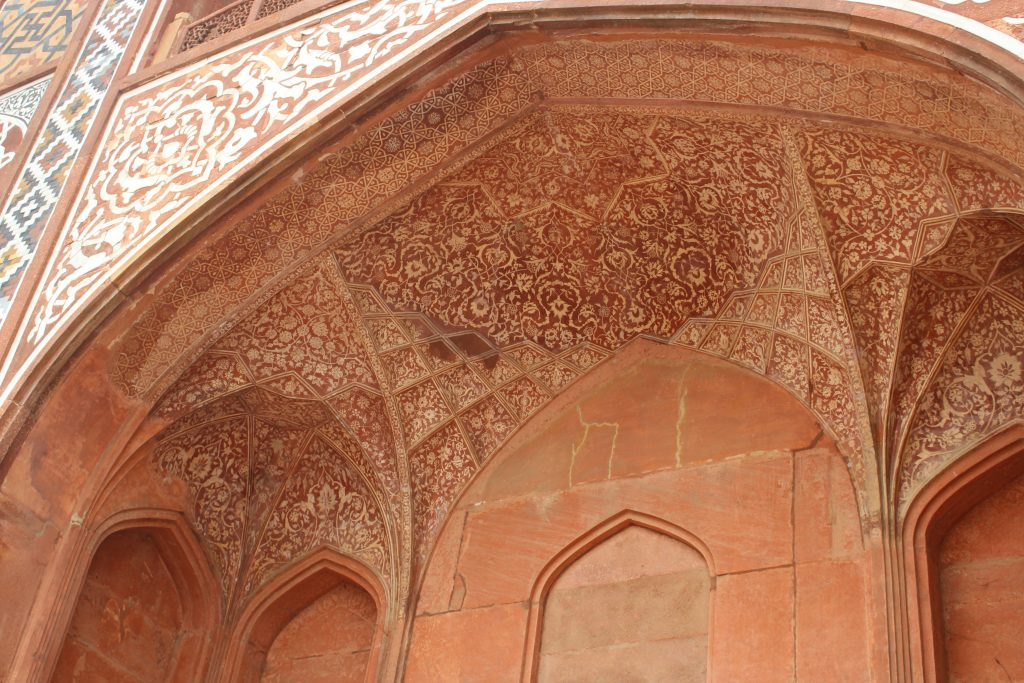 The buildings are constructed mainly from a deep red sandstone, decorated inlaid panels of these materials and a black slate adorn the tomb and the main gatehouse. Panel designs are geometric, floral and calligraphic, and prefigure the more complex and subtle designs . 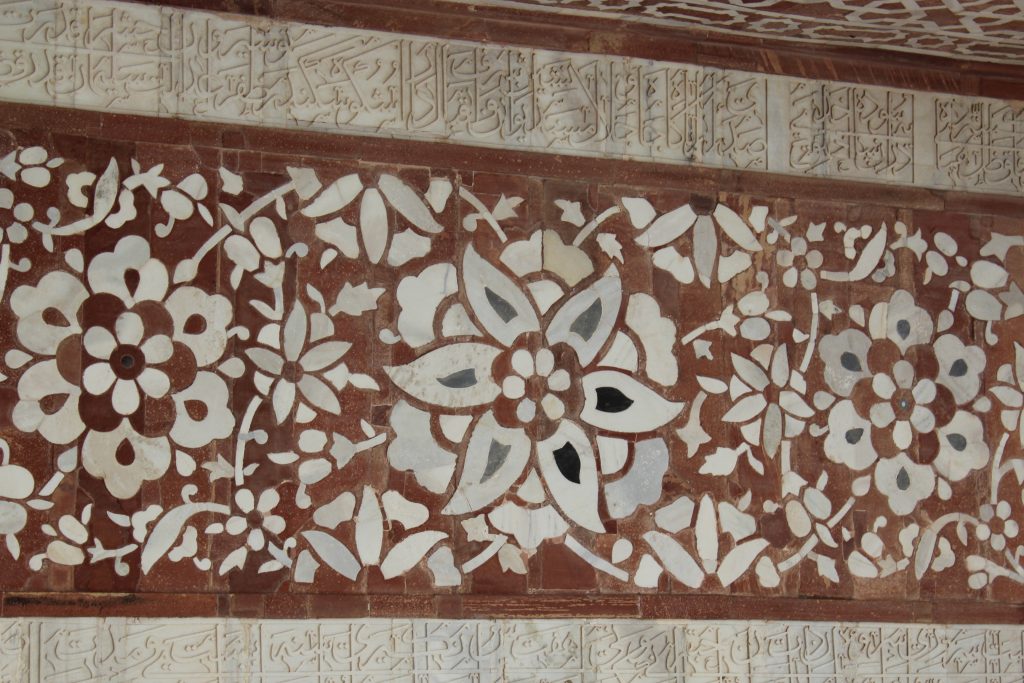 For me the most beautiful part of the entire complex was the ceiling details. There are simply stunning, it was quite amazing seeing people work on its conservation. 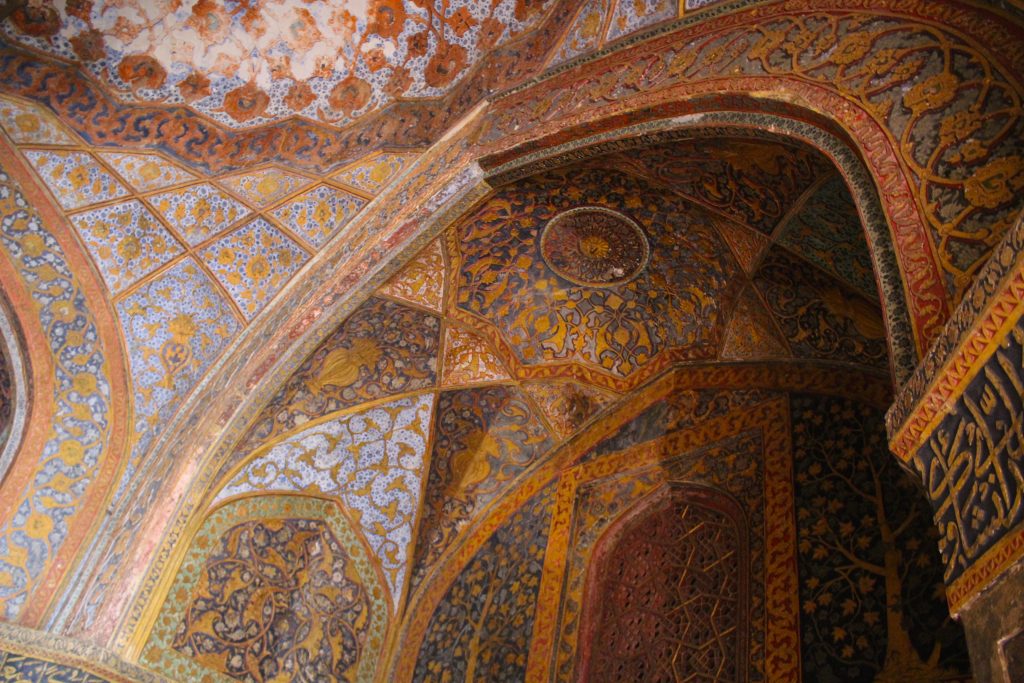 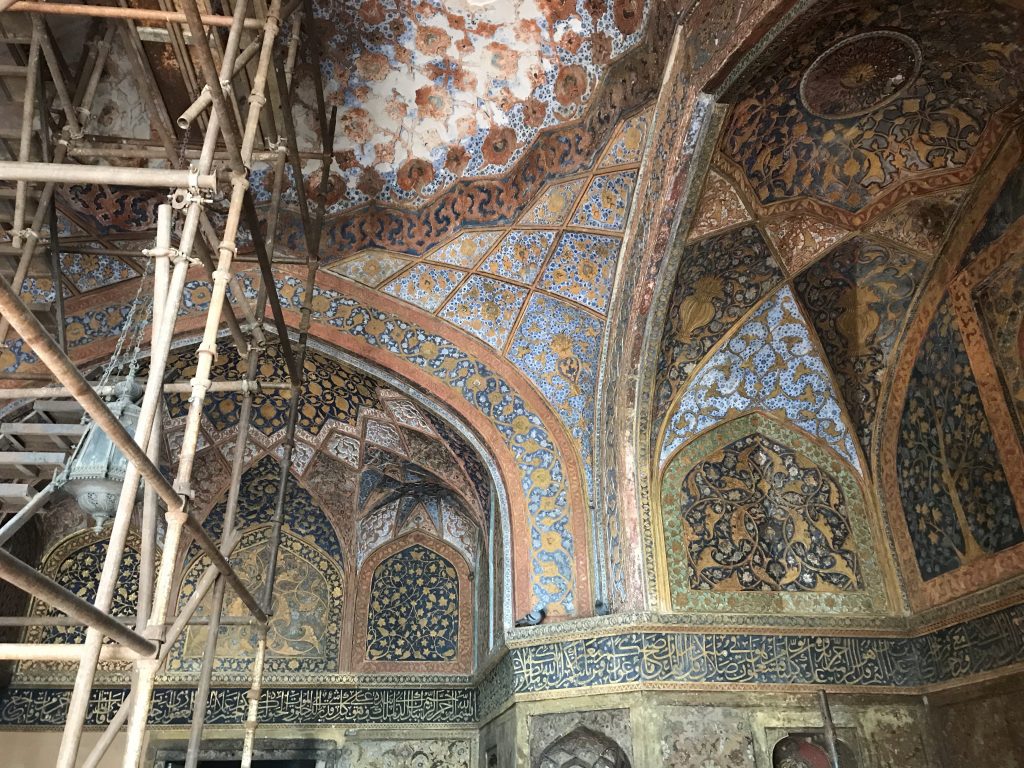 The south gate is the largest and the point of entry to the tomb, with four white marble chhatri-topped minarets which are similar to those of the Taj Mahal. 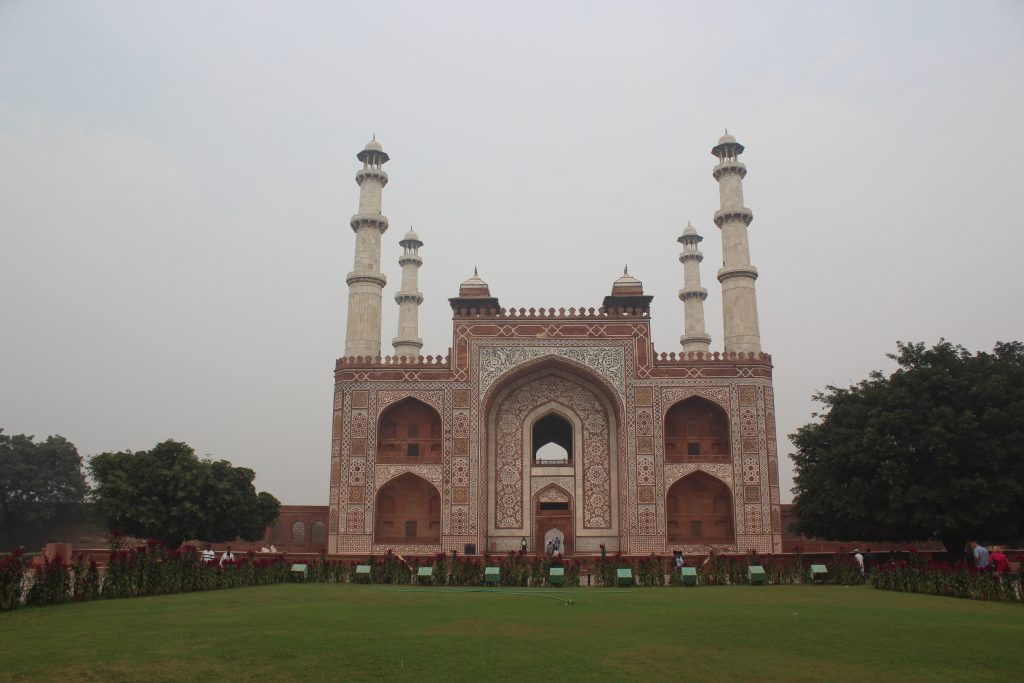 There are 3 blind gates, been the West side the best kept.  It has a vaulted ceiling with arch-netting fully decorated. 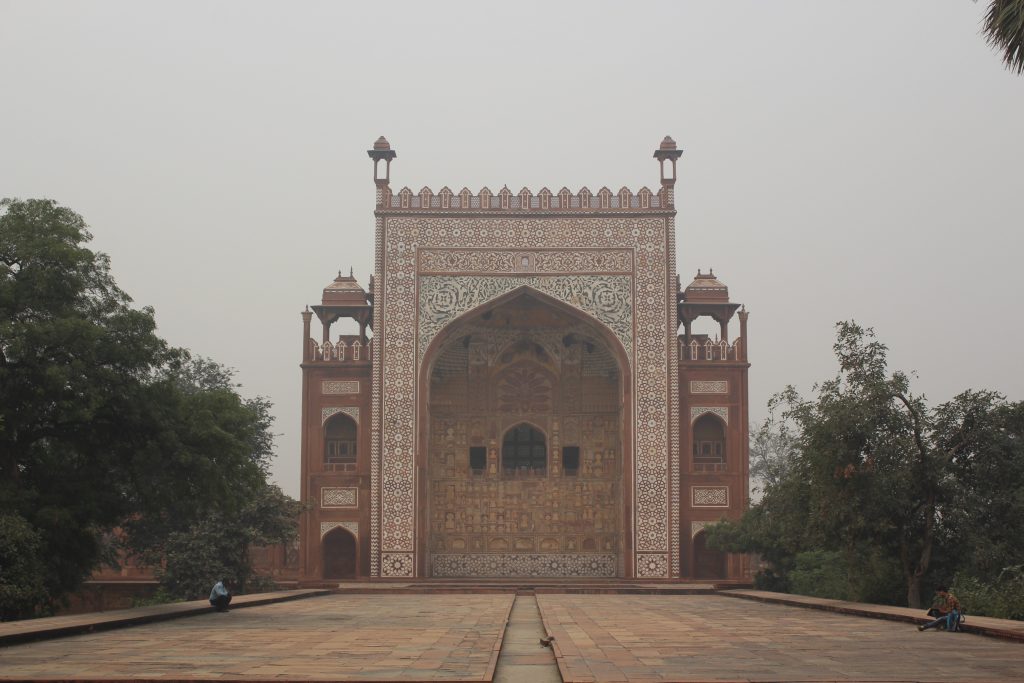 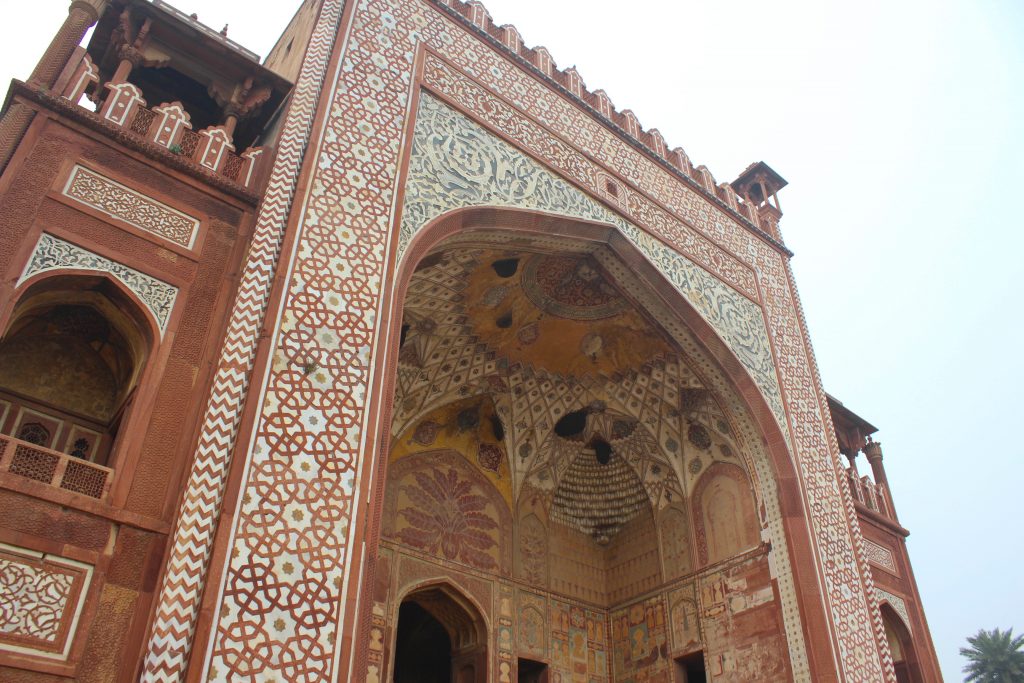 Below is a structure close to the tomb that was built as a harem quarter and later used as a hunting lodge. 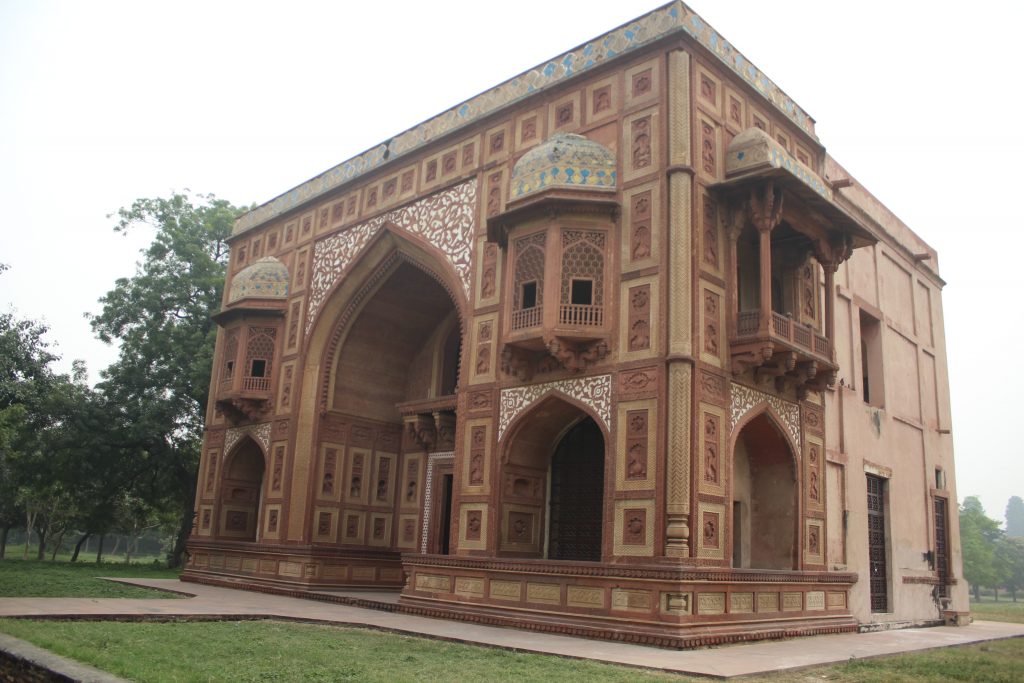 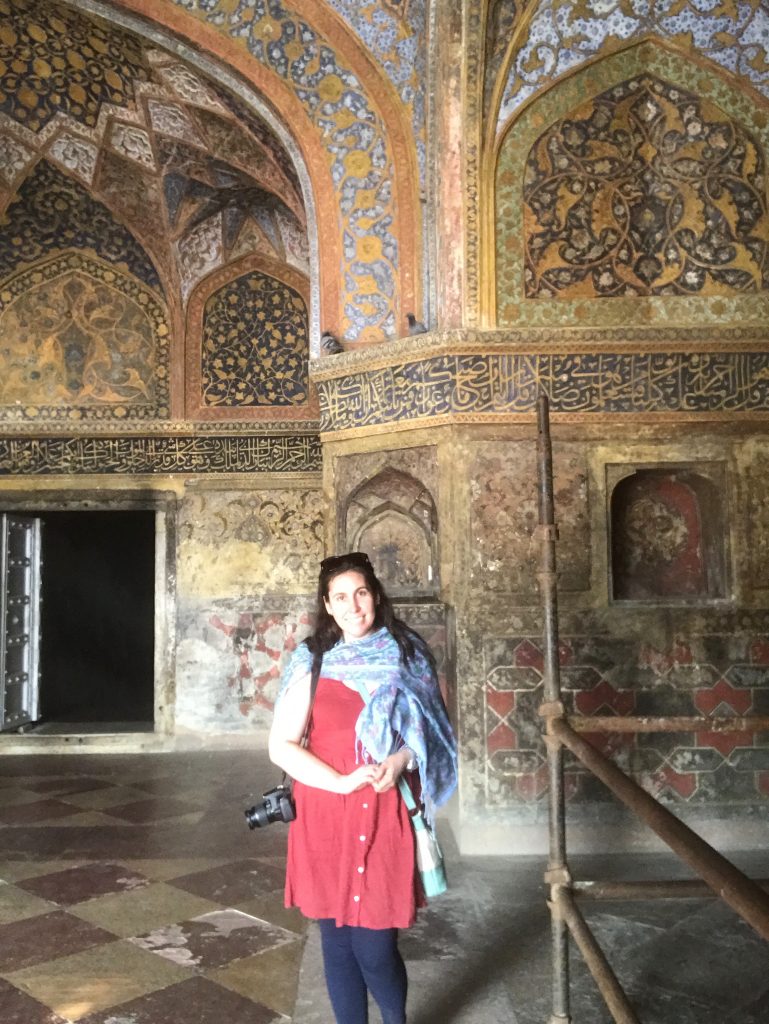