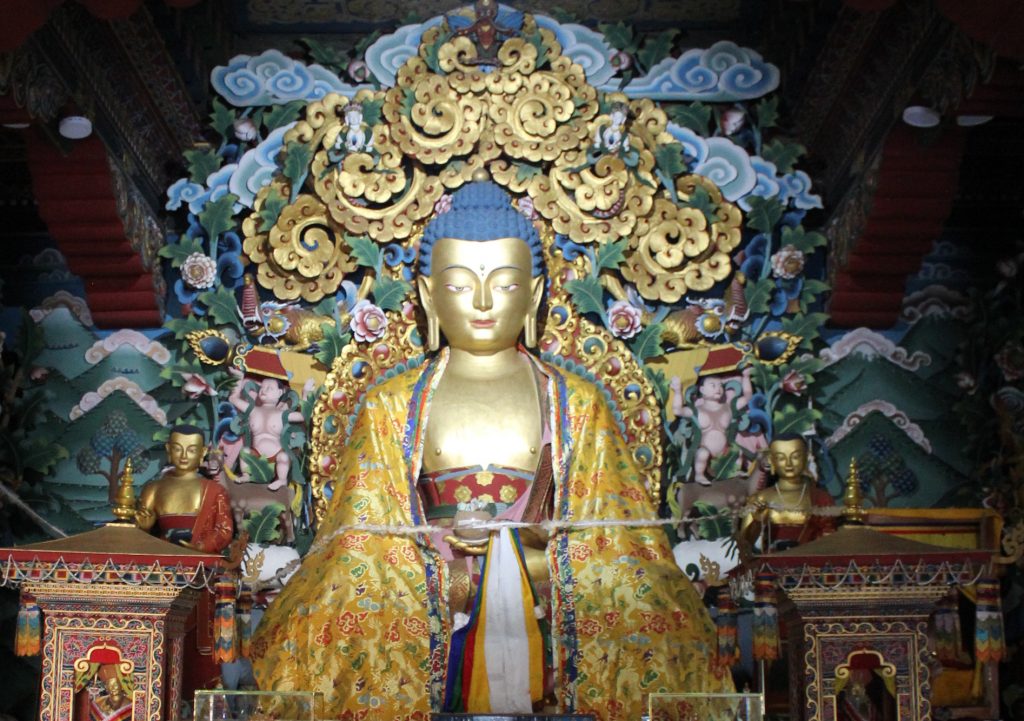 Bodh Gaya its a famous pilgrimage places in India , it contains one of the holiest of Buddhist sites. Here is where Gautama Buddha is said to have attained Enlightenment. 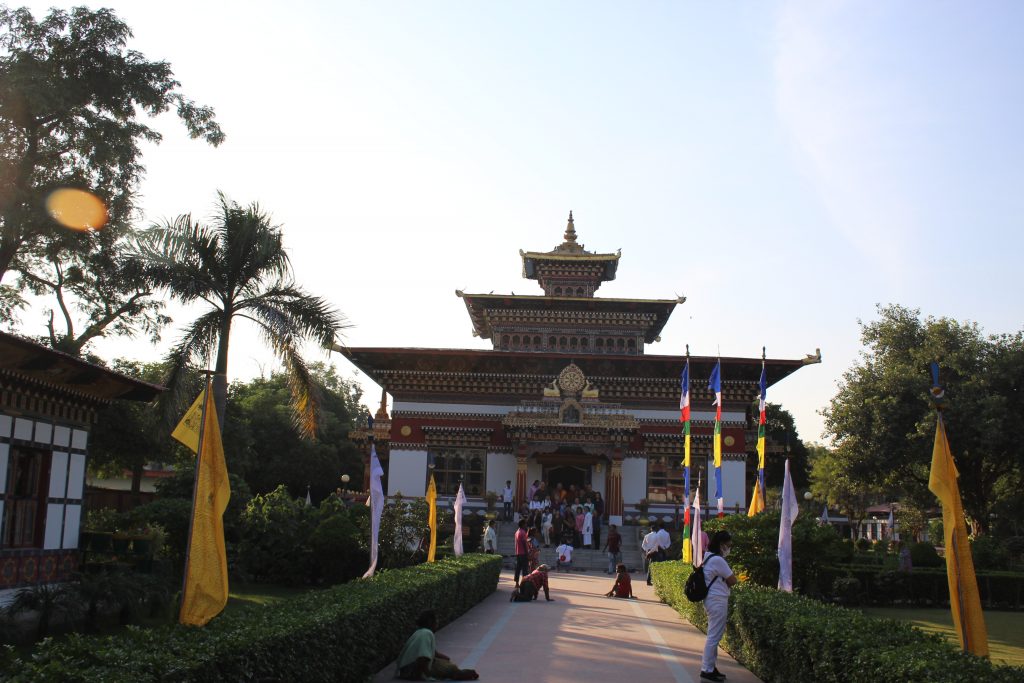 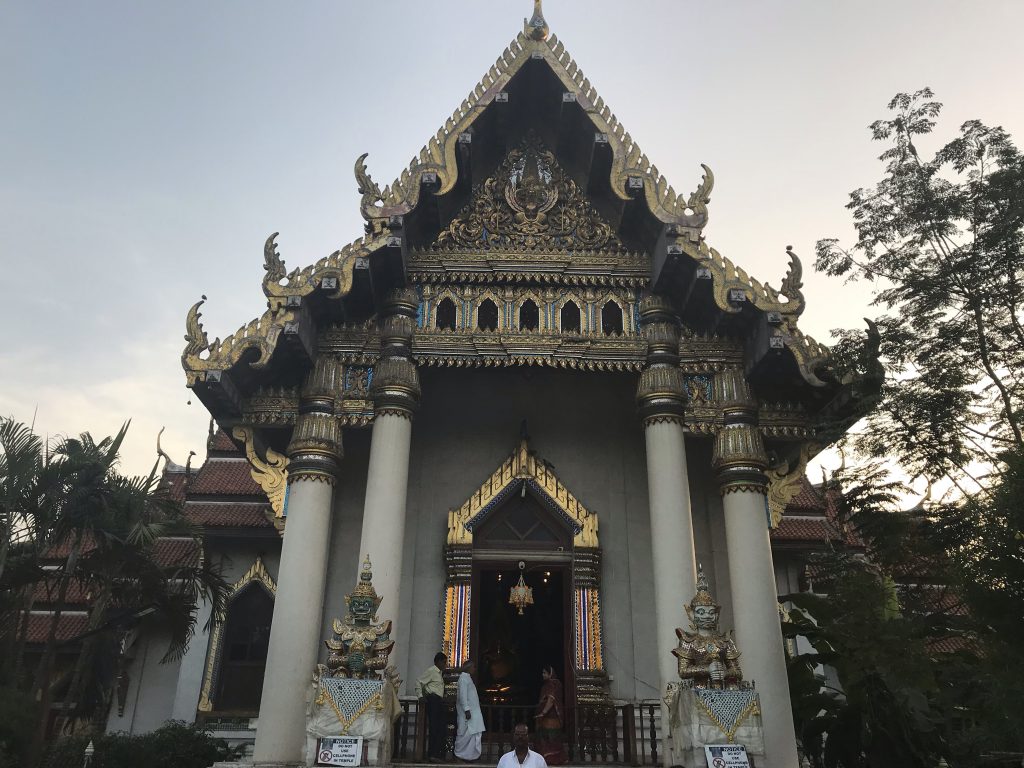 The Mahabodhi Temple was built by the Buddhist Emperor Ashoka. According to the tradition, Ashoka erected a diamond throne shrine at this spot with a canopy supported by four pillars over a stone representation of the Vajrasana, the Seat of Enlightenment. 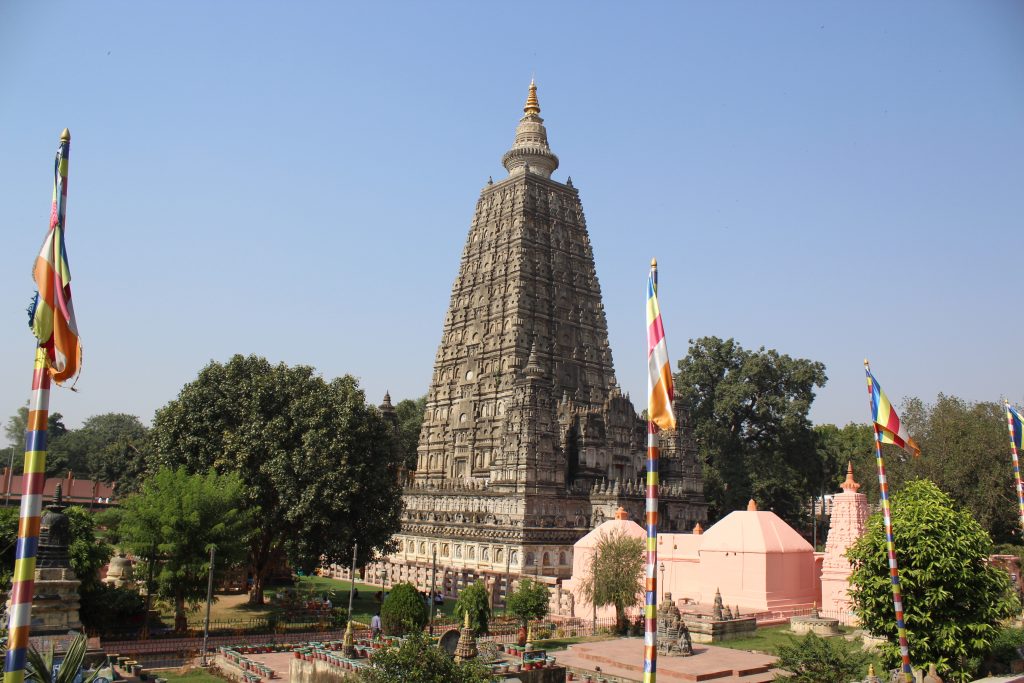 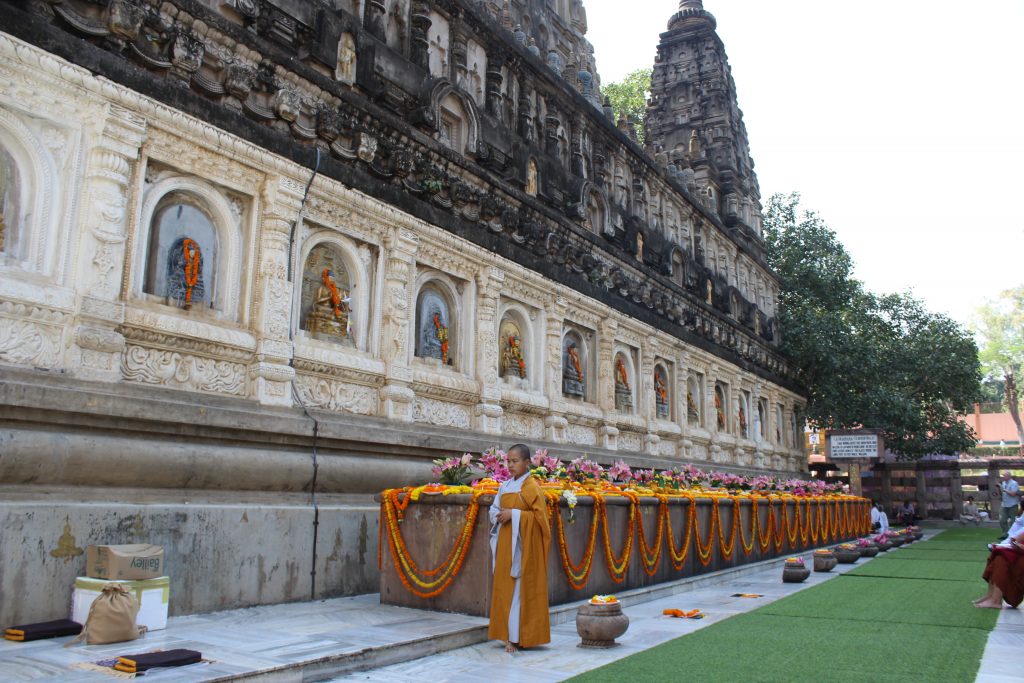 Inside the temple there is a colossal image of the Buddha in the “touching the ground pose”. This image is said to be 1700 years old and is facing east exactly at the place where the Buddha in meditation with his back to the Bodhi tree was enlightened. 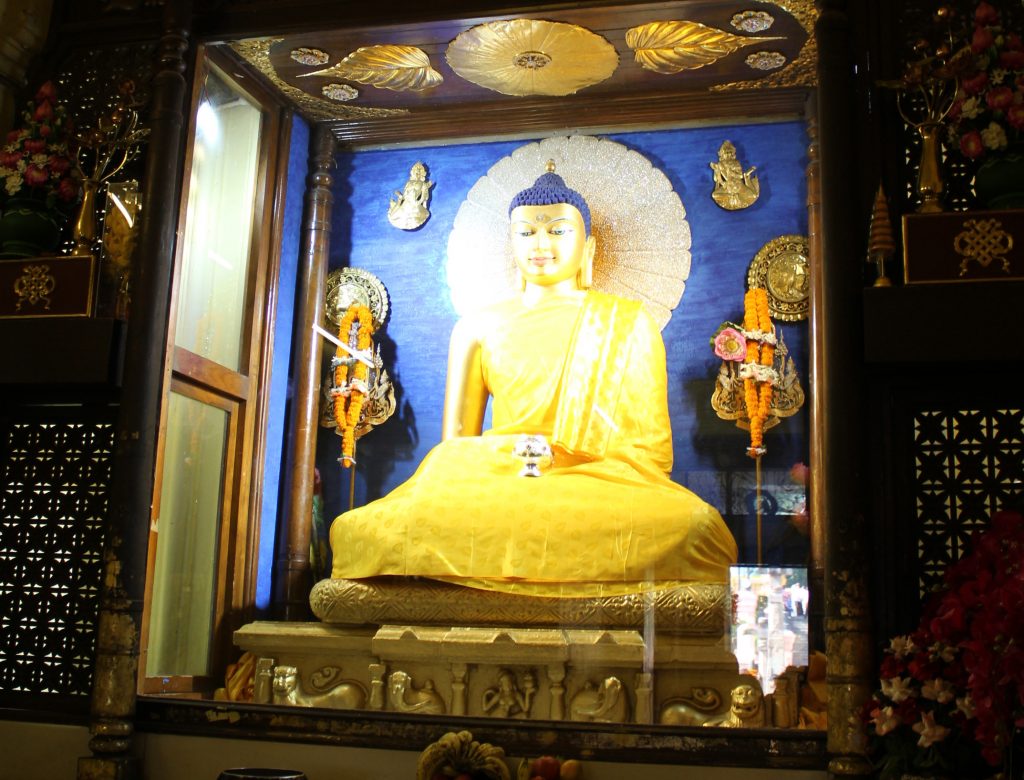 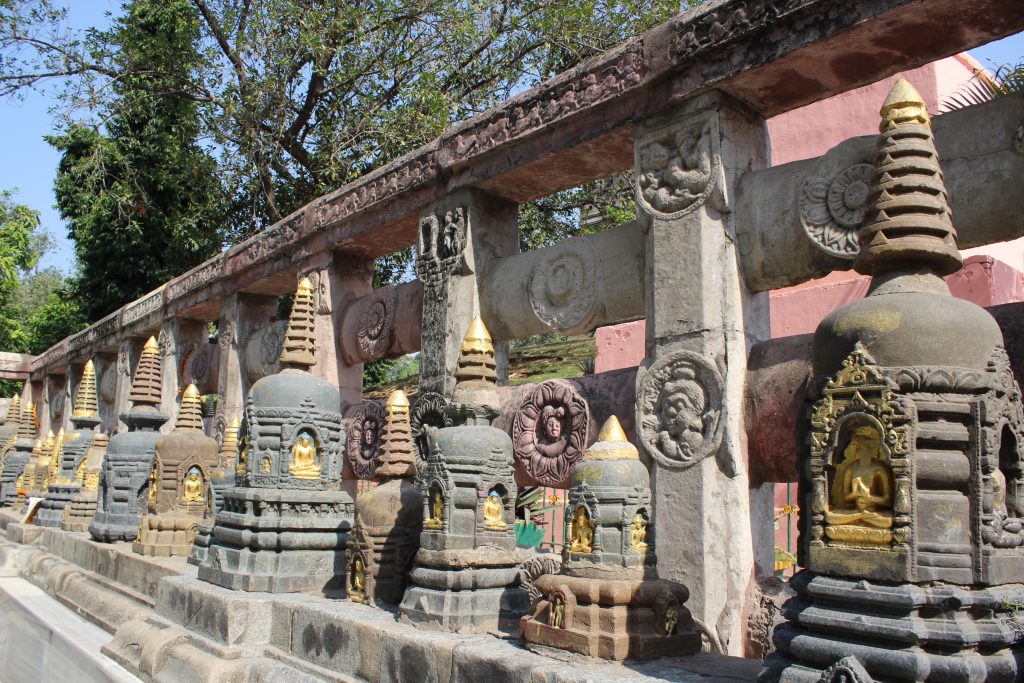 According to tradition four weeks after the Buddha began meditating under the Bodhi Tree, the heavens darkened for seven days, and a prodigious rain descended. However, the mighty king of serpents, Mucalinda, came from beneath the earth and protected with his hood the one who is the source of all protection. 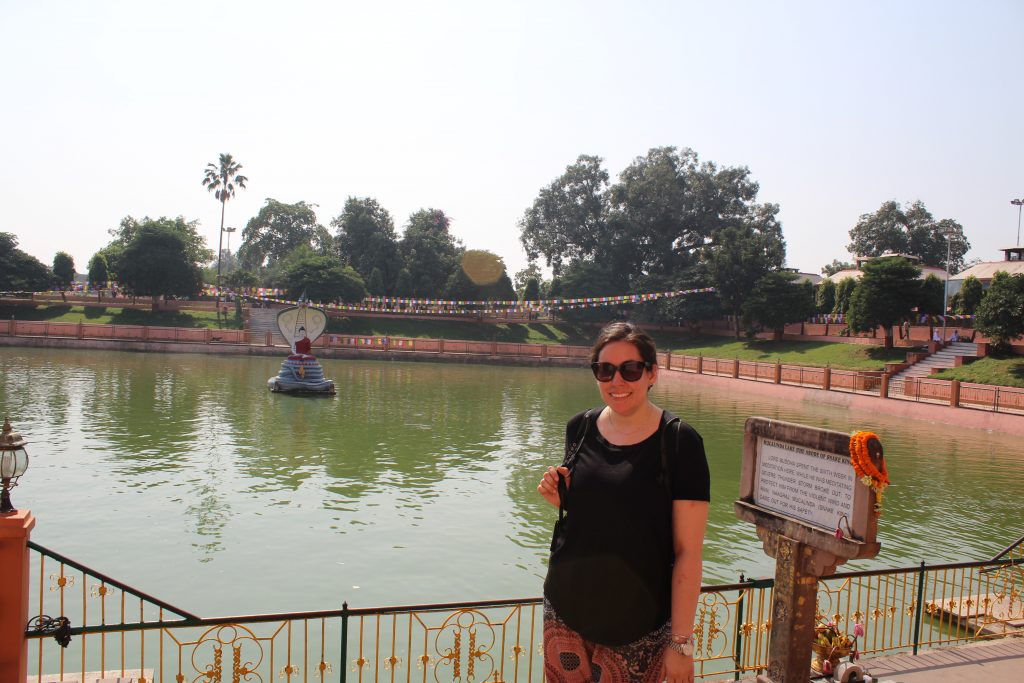 The present Bodhi tree is a descendant of the original tree. There is a tradition that Ashoka’s wife had it secretly cut down because she became jealous of the time Ashoka spent there. But it grew again and a protective wall was also built at the time. 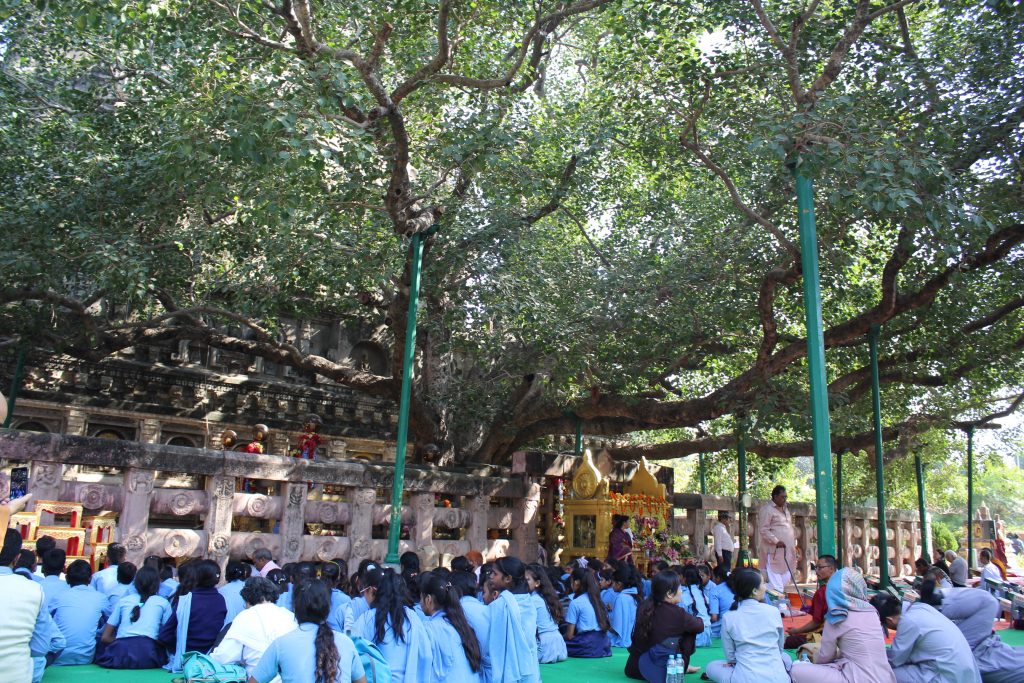 Many sacred trees in India and other countries are originally raised from seeds brought from the ancient Bodh Gaya tree.  People seat under the tree to meditate and pray. 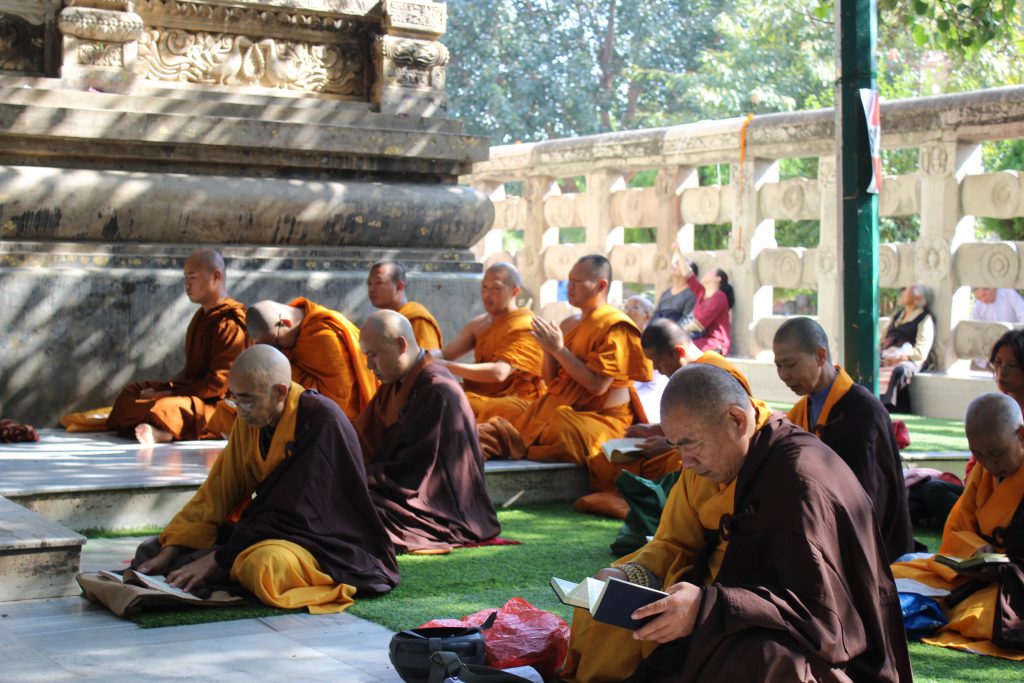 Its is prohibited to take a leaf from the tree unless it falls, so people are really alert trying to find one. 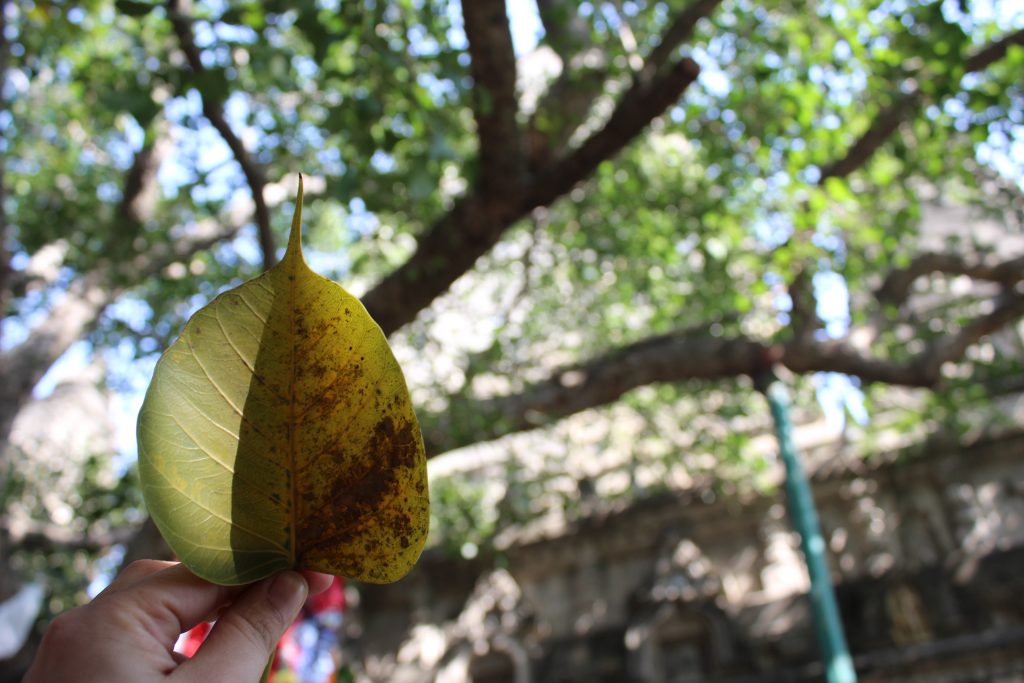 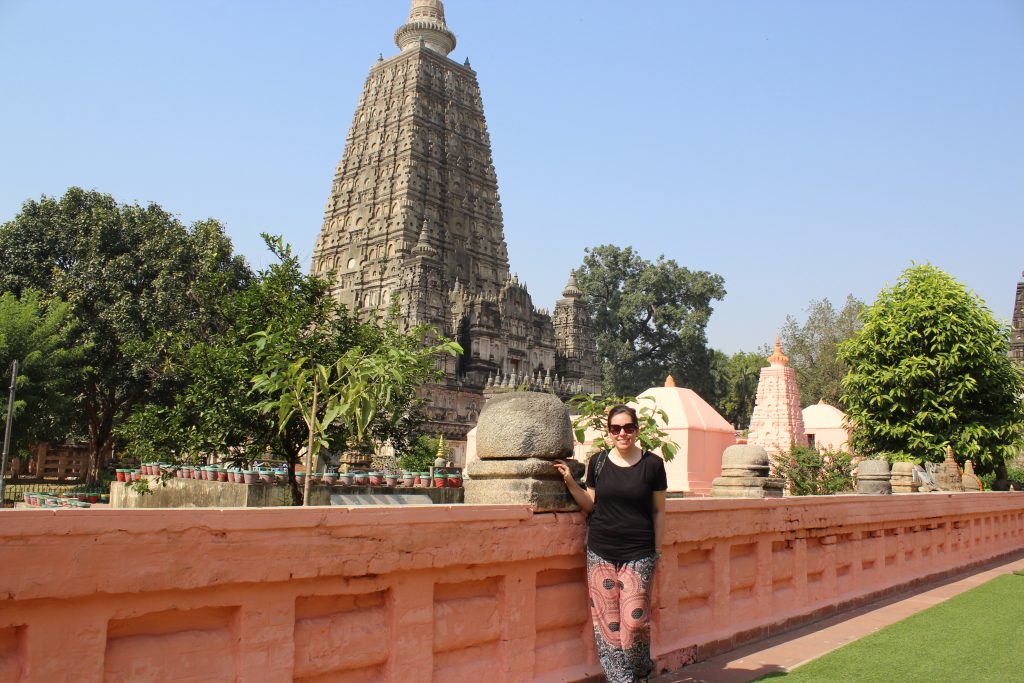 The Giant Buddha  statue is a short walk from the Mahabodhi Temple. 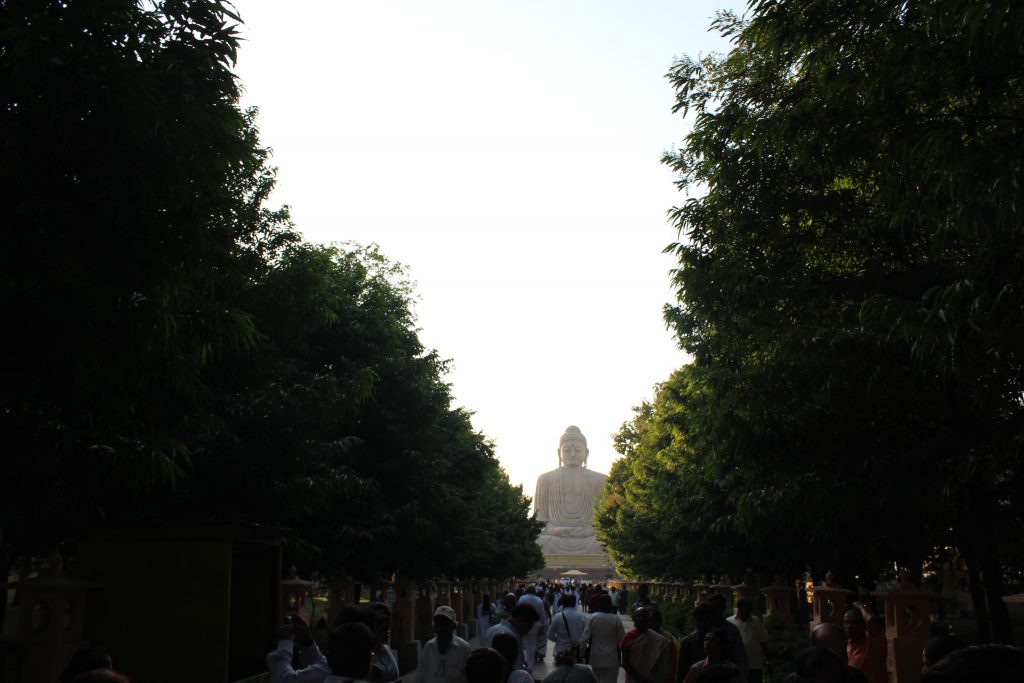 The 80 ft monument took seven years to complete with the help of 12,000 masons. It is a mix of sandstone blocks and red granite  and it was consecrated on 1989 by the’s 14th Dalai Lama. 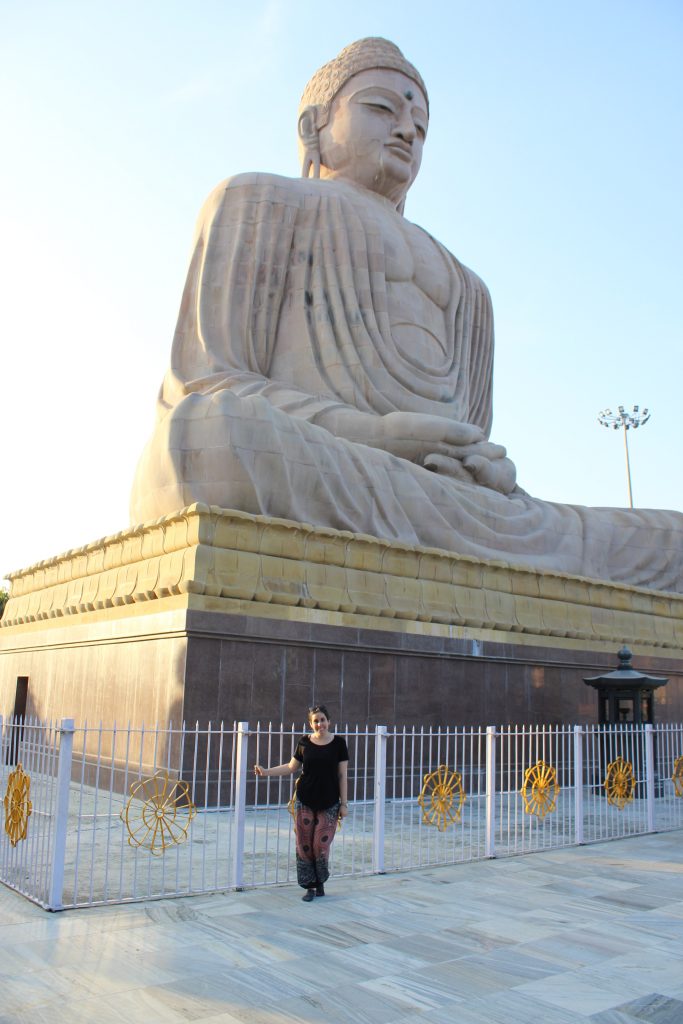 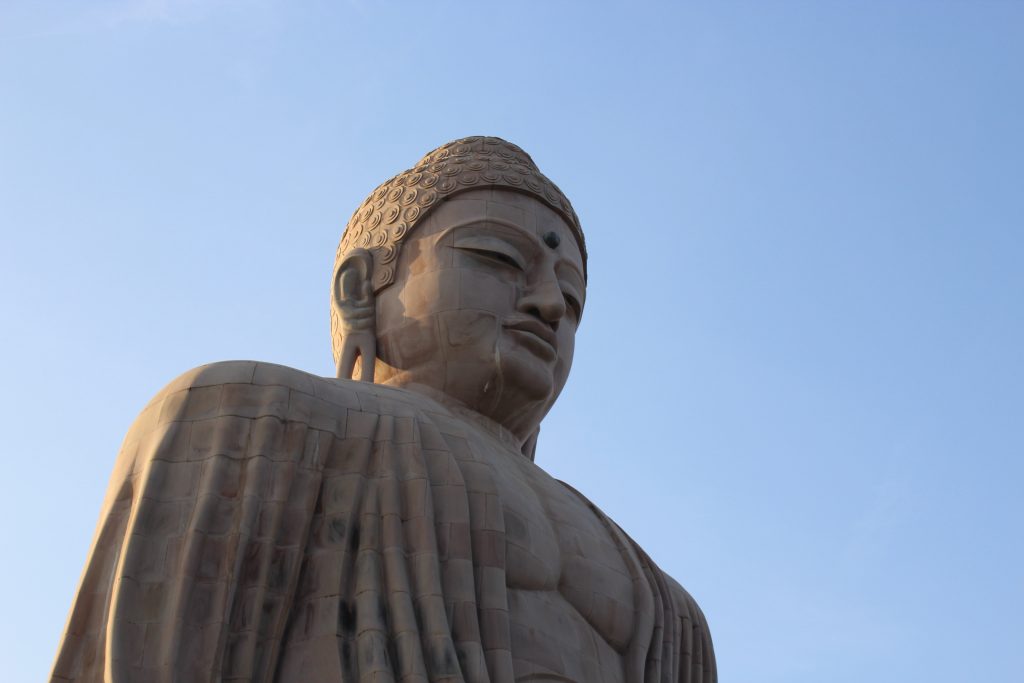