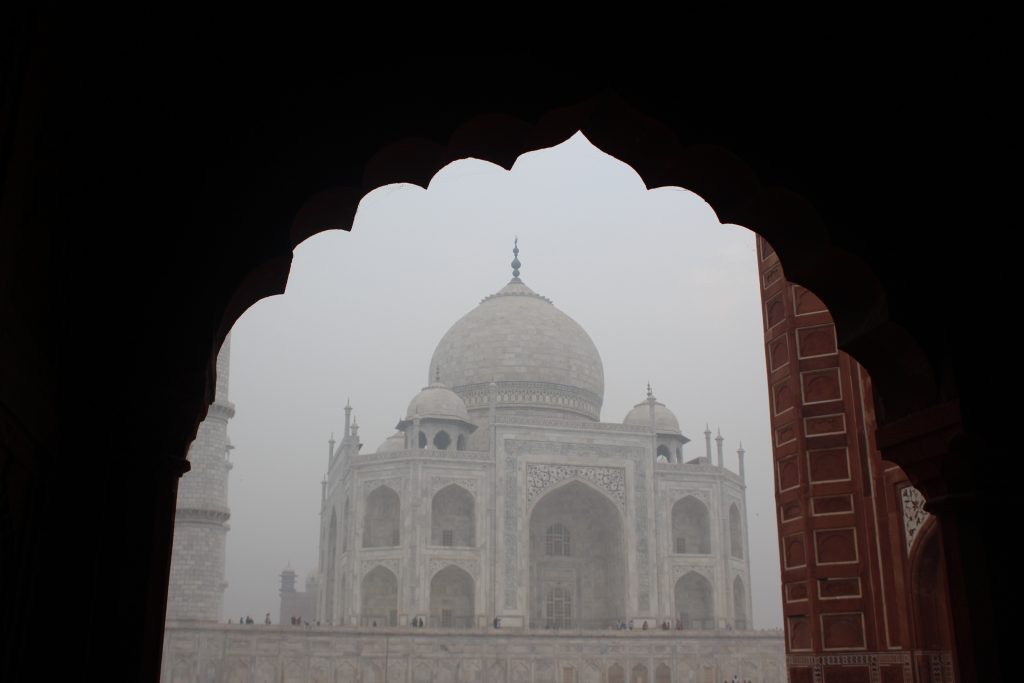 The Taj Mahal the most famous ivory-white marble building in the world is a Islamic mausoleum on the south bank of the Yamuna. 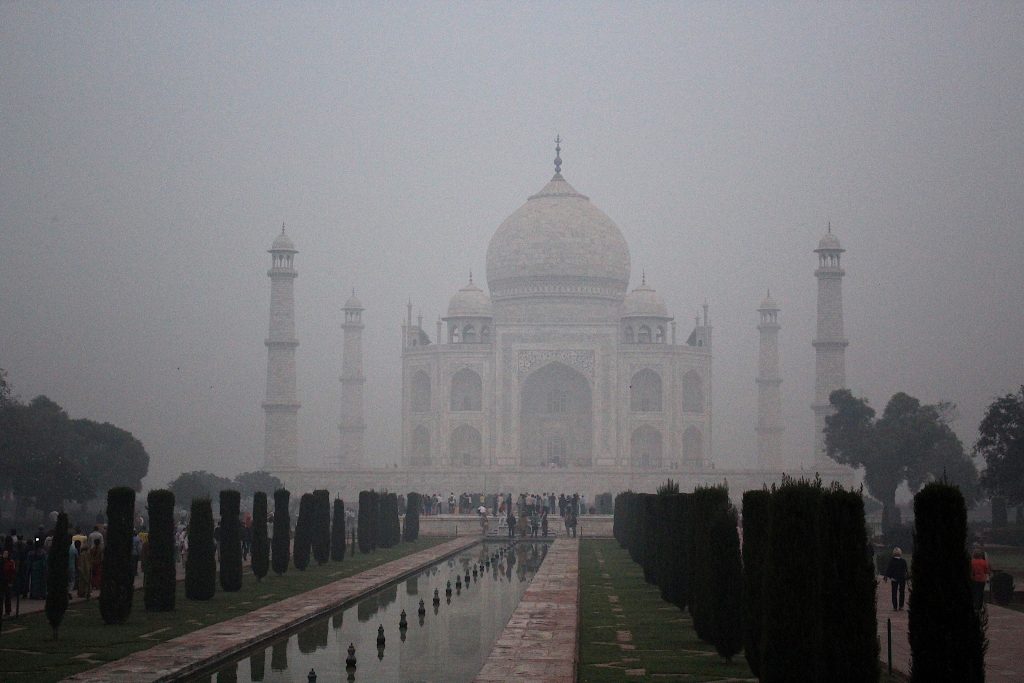 It was commissioned in 1632 to house the tomb of his favourite wife, Mumtaz Mahal.

The construction project employed some 20,000 artisans under the guidance of a board of architects led by the court architect to the emperor, Ustad Ahmad Lahauri.

Four minarets frame the tomb, one at each corner of the plinth facing the chamfered corners, which are each more than 130 ft tall, divided into three equal parts by two working balconies that ring the tower. 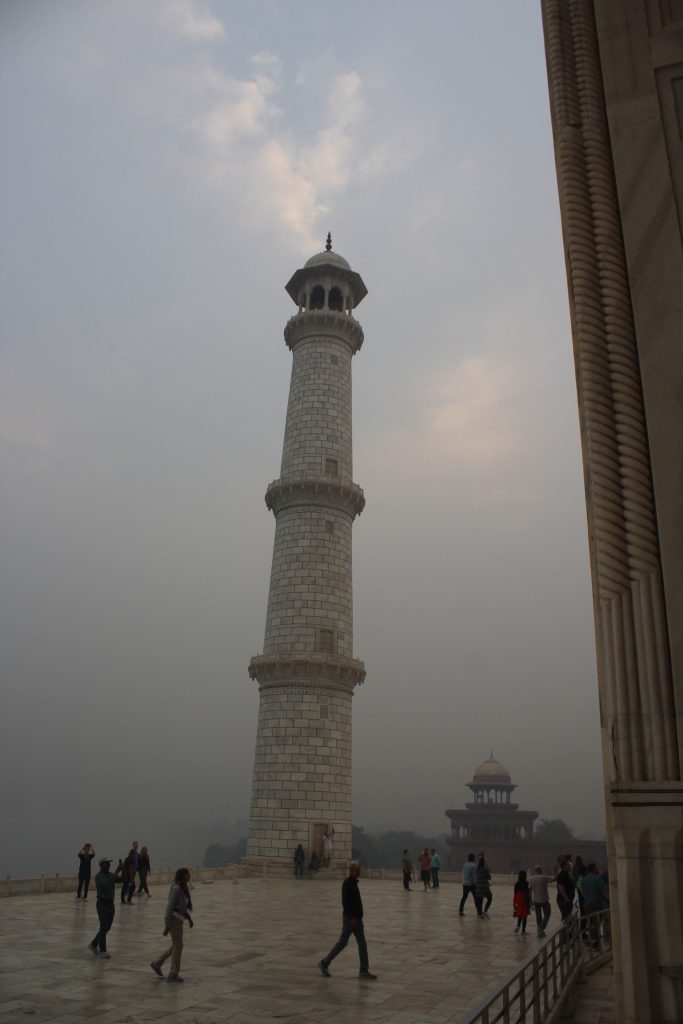 Because of its shape, the dome is often called an onion dome or amrud (guava dome). 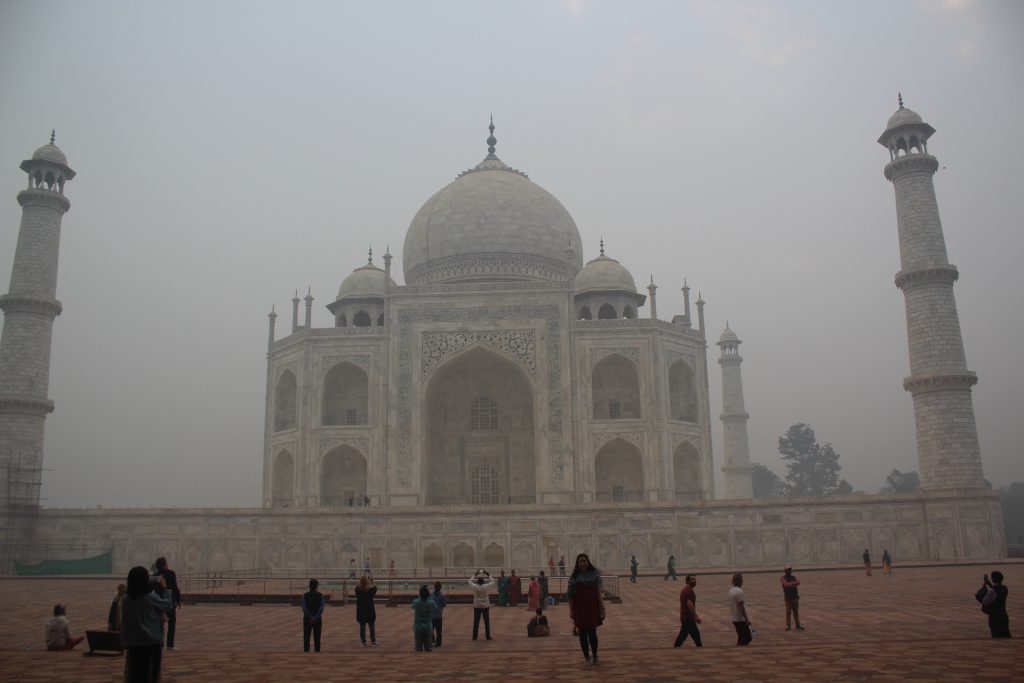 The decorative elements can be grouped into either calligraphy, abstract forms or vegetative motifs. The calligraphy on the Great Gate reads 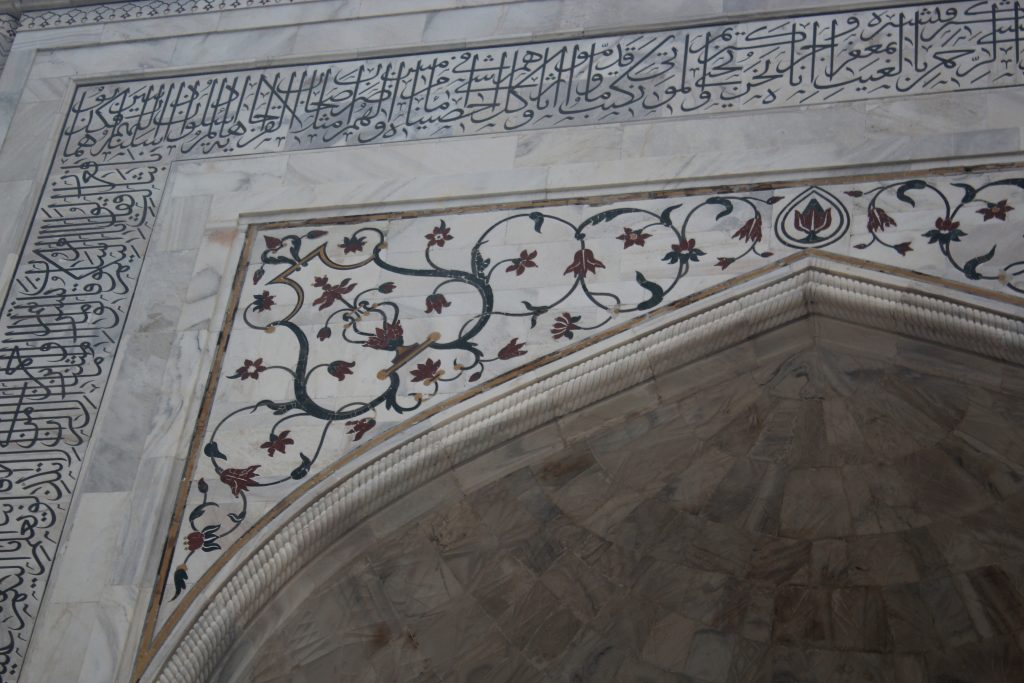 At the far end of the complex are two grand red sandstone buildings that mirror each other, and face the sides of the tomb. The backs of the buildings parallel the western and eastern walls. The western building is a mosque and the other is the jawab (answer), thought to have been constructed for architectural balance although it may have been used as a guesthouse. 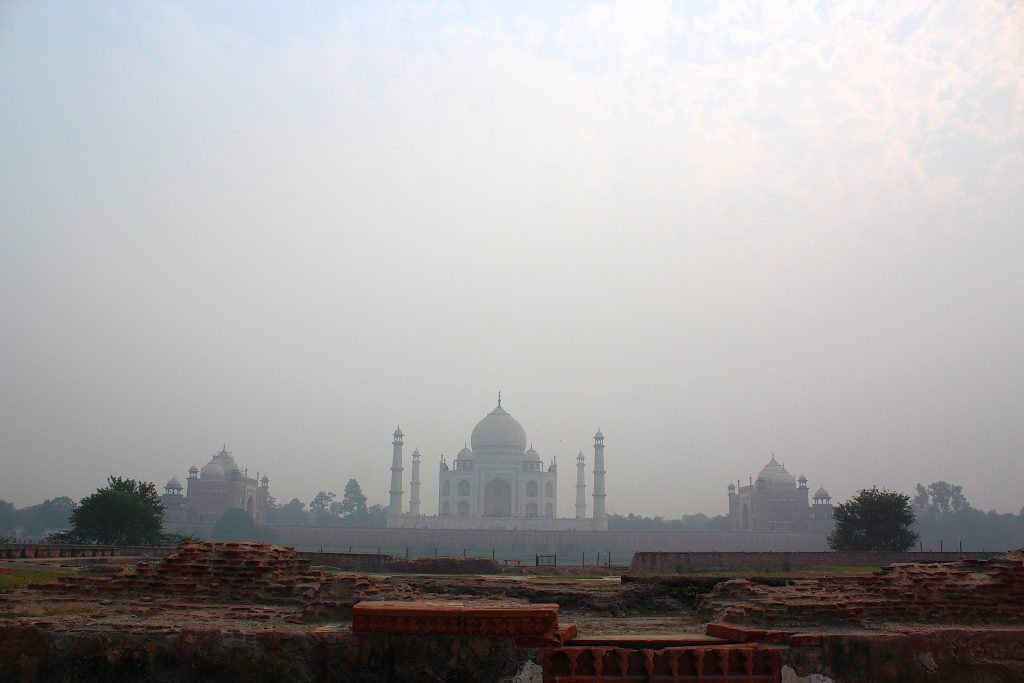 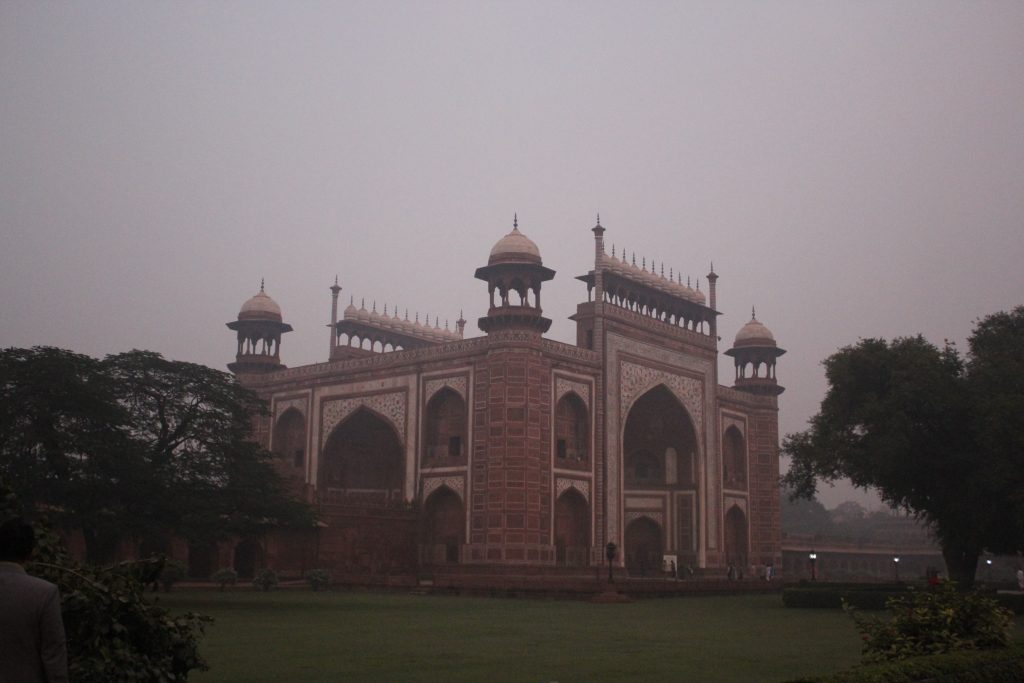