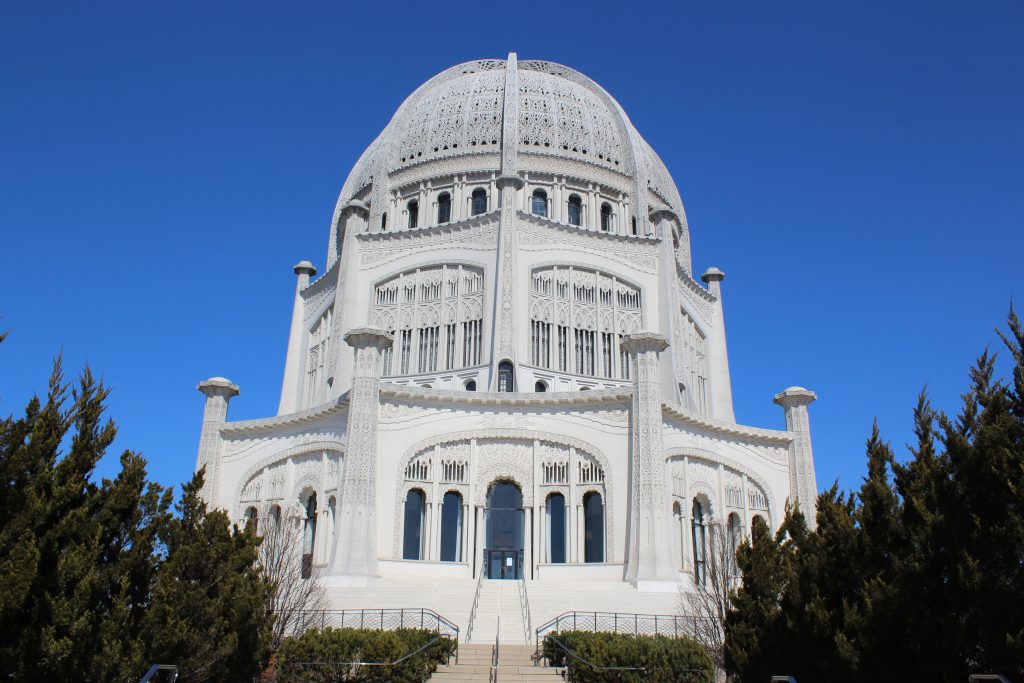 The Bahai Temple in Wilmette  is the second Baháʼí House of Worship ever constructed and the oldest one still standing.

The temple was designed by French-Canadian architect Louis Bourgeois. 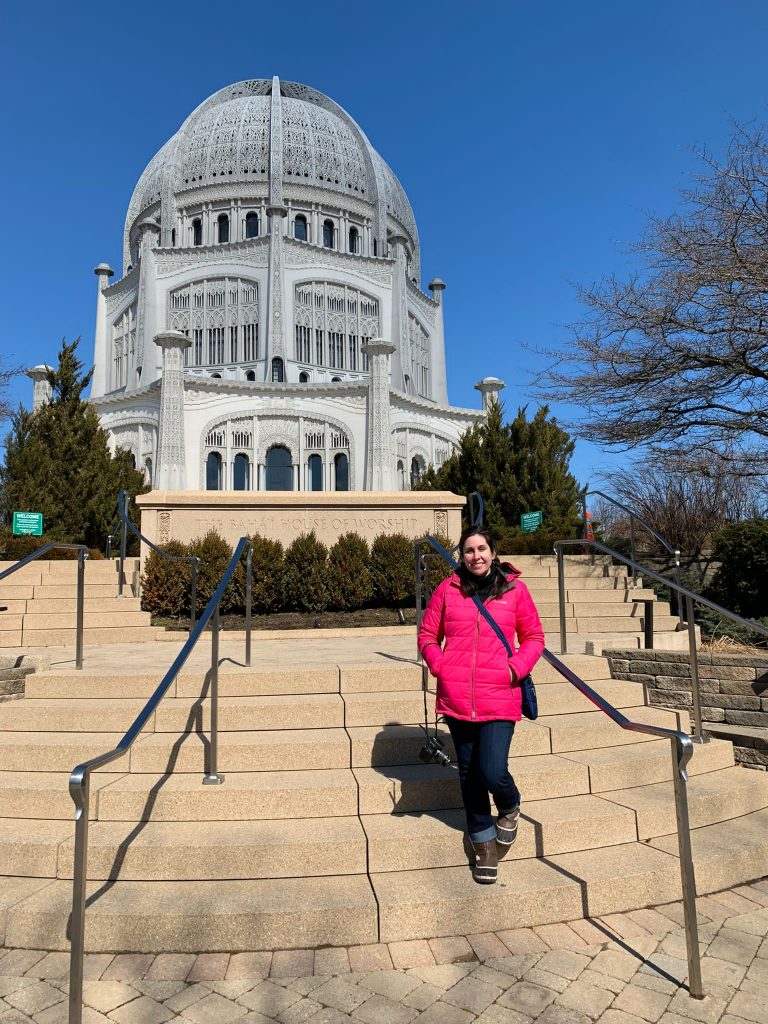 The building is a truly eclectic building, it combines neoclassical symmetry, Gothic ribbing, a Renaissance dome, a Romanesque clerestory and Islamic arabesque tracery with the suggestion of minarets. 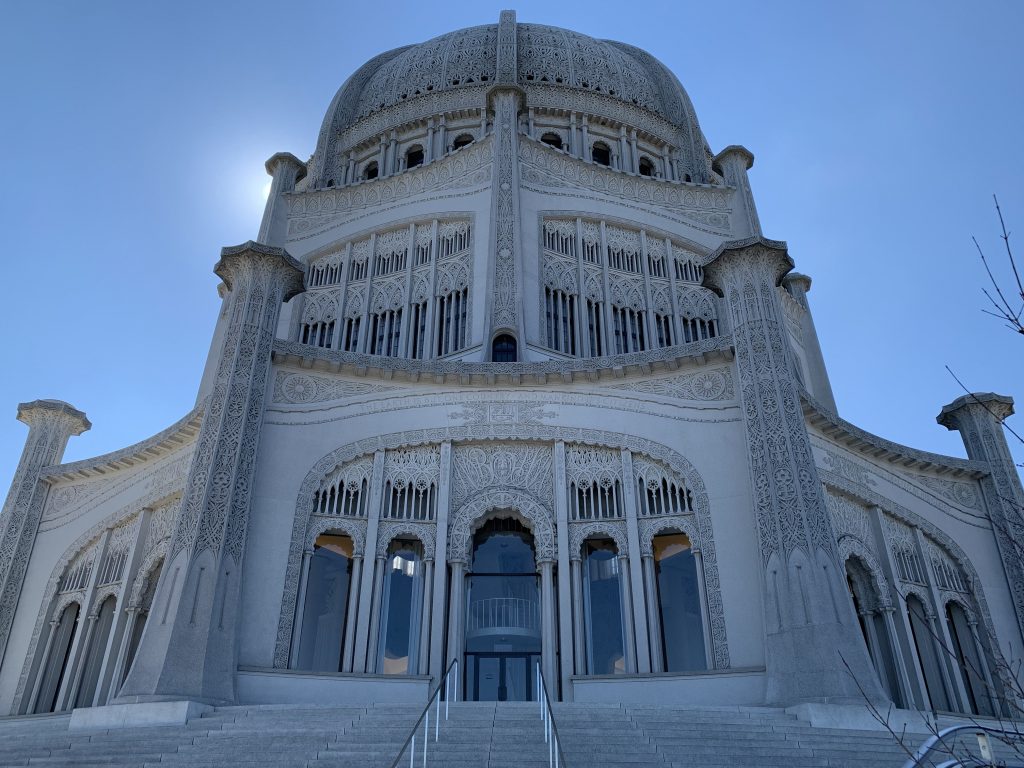 To show  unity of religion (one of the principles of the Bahai religion) Bourgeois incorporated a variety of religious architecture and symbols on the exterior columns surrounding the structure. 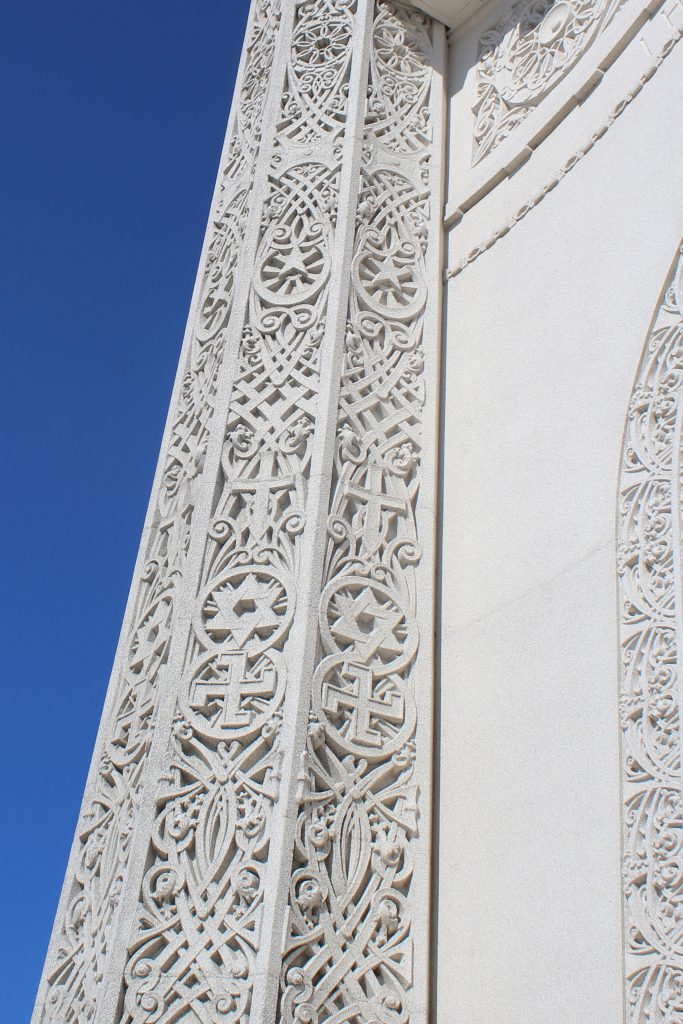 On the top there is a star with 9 point representing the Bahai religion. 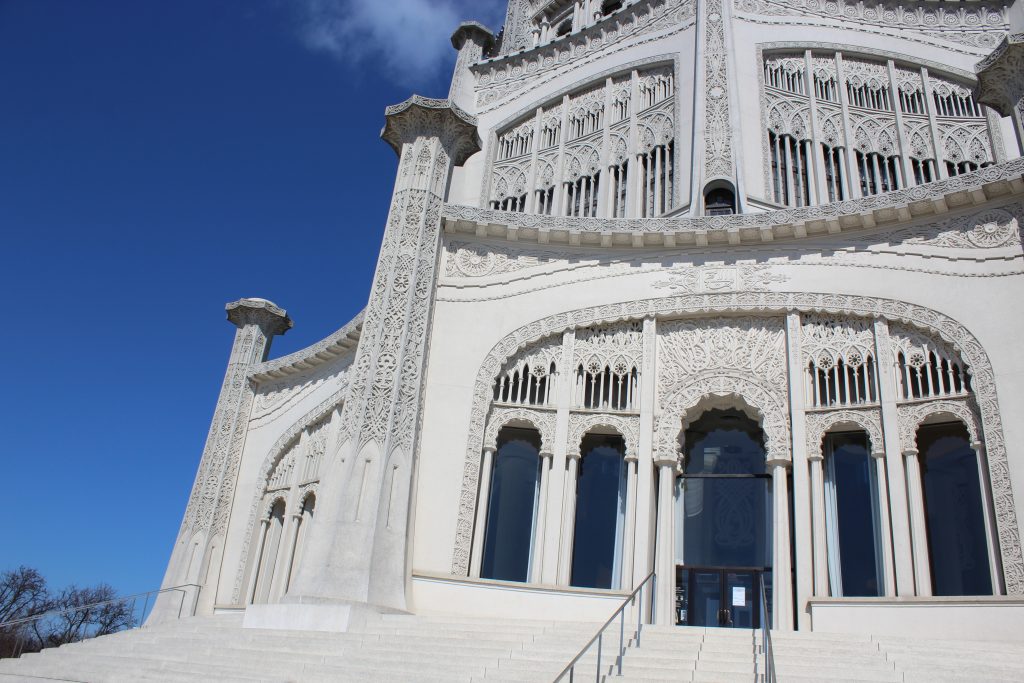 The number 9 is very important  and can be seen all over the building. Baháʼís believe it symbolizes perfection and completion since nine is the last number in the decimal system. 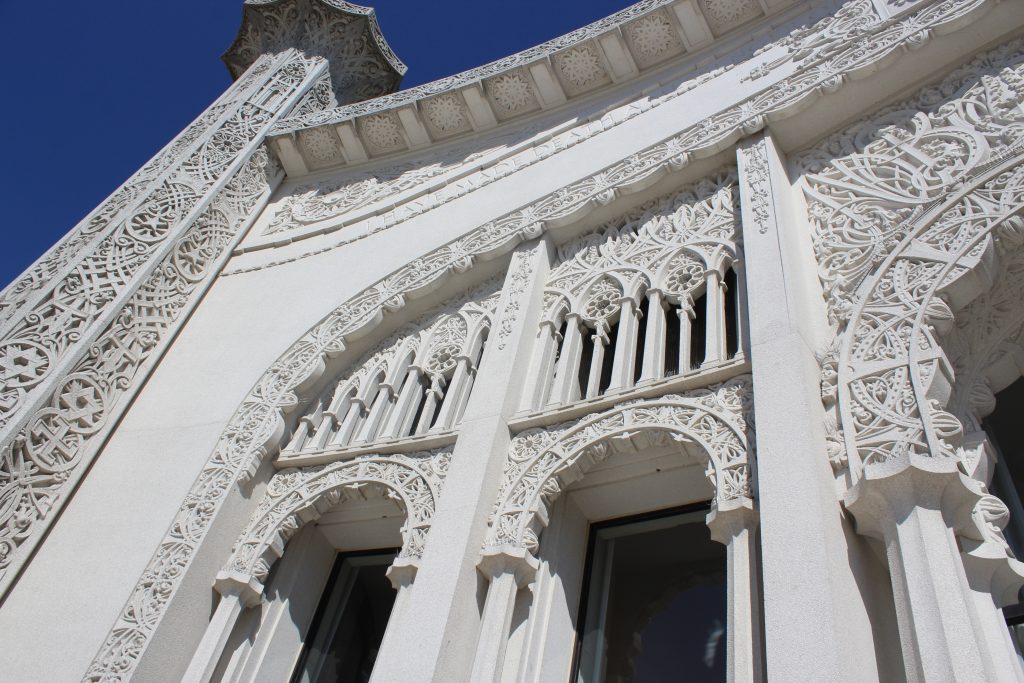 There are nine entrances to the auditorium, nine interior alcoves, nine dome sections, and nine fountains in the garden area. 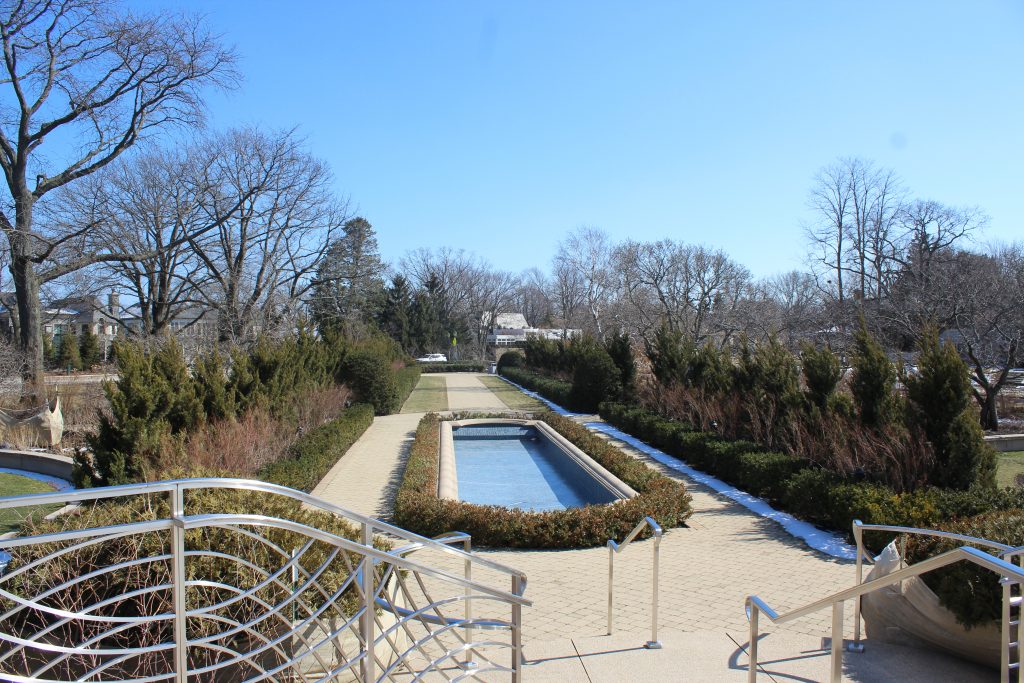 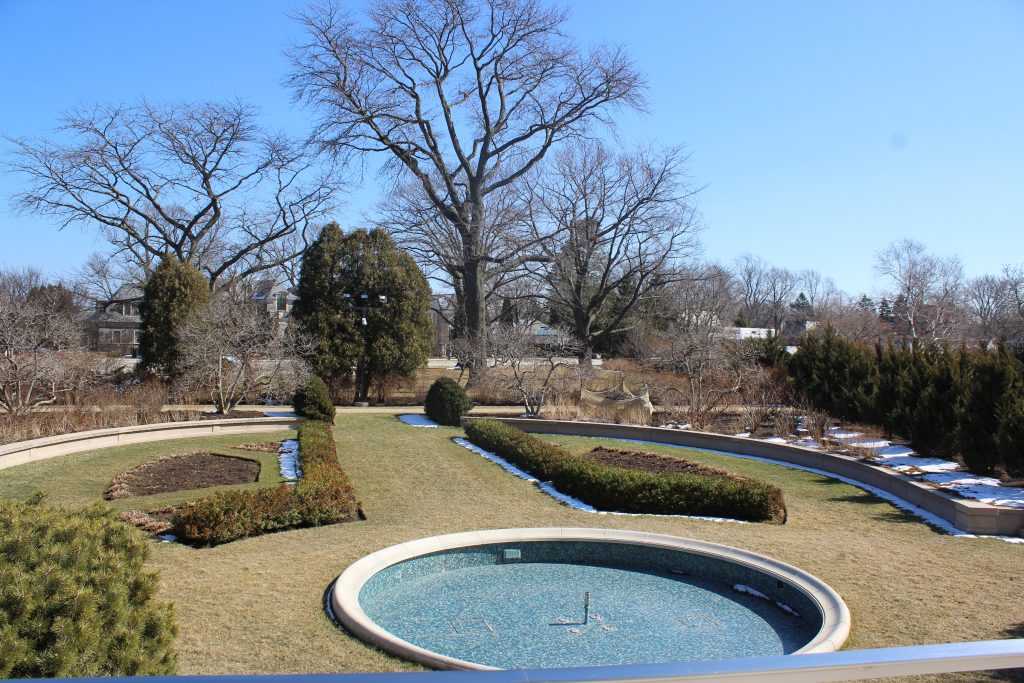 Inside the center of the dome ceiling, one can see an Arabic inscription. This is a Baháʼí symbol called the “Greatest Name”; the script translates as “O Thou Glory of Glories”. 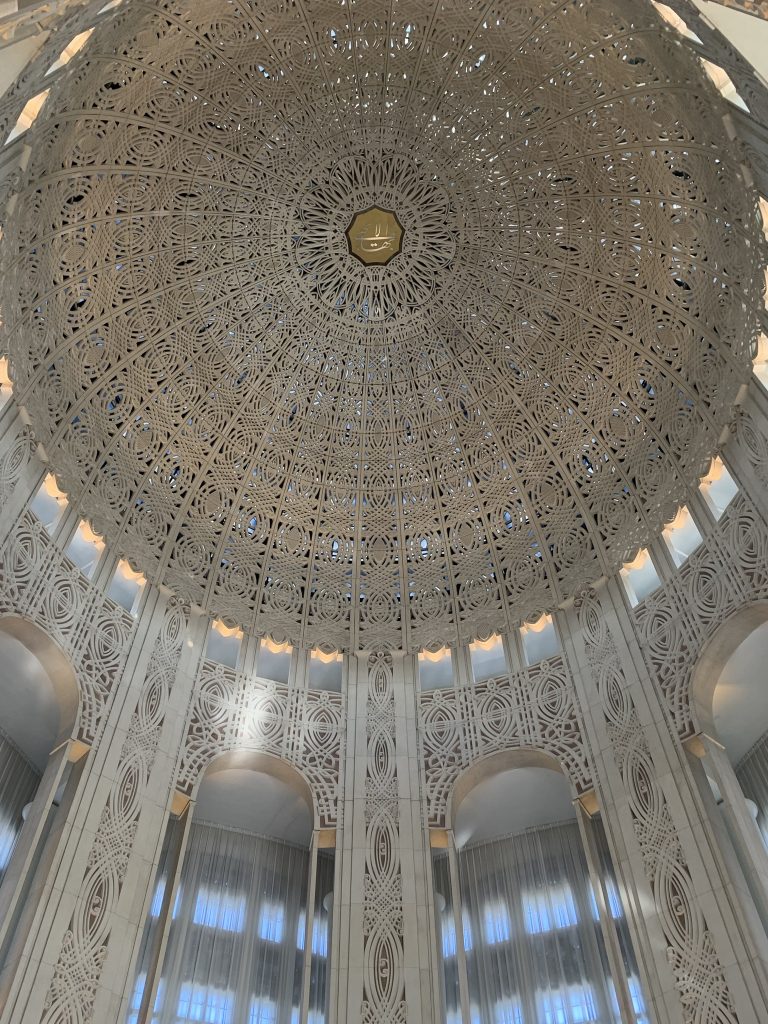 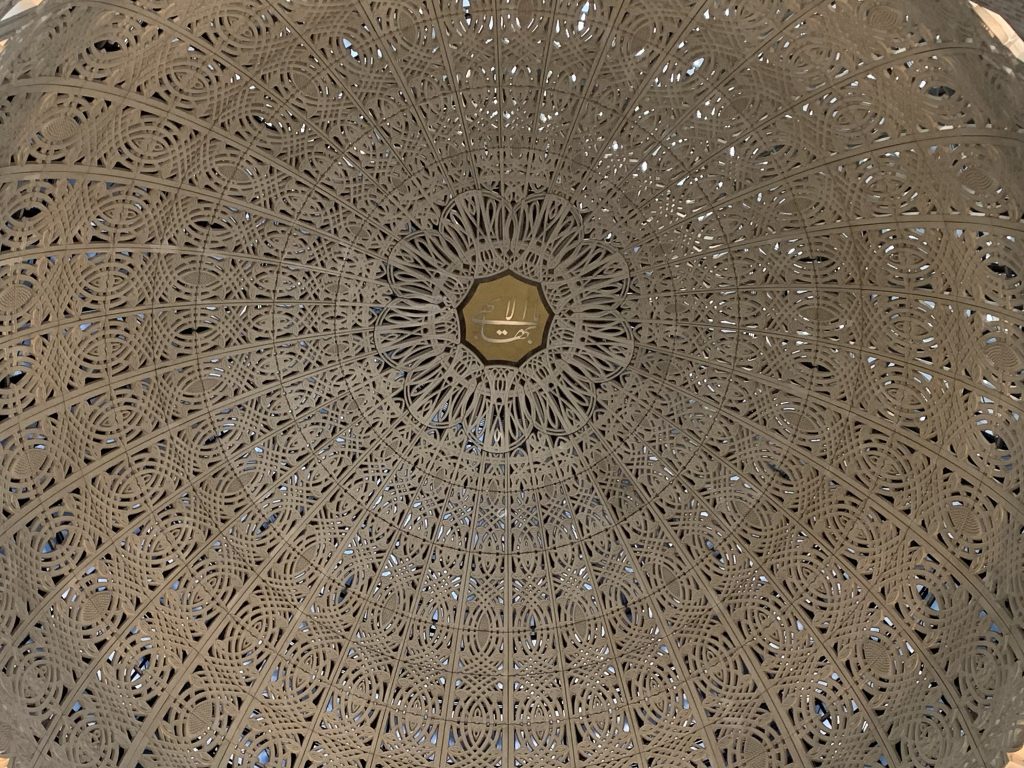 The cladding of the building is composed of a concrete mixture of portland cement and two types of quartz. Many intricate details are carved into the concrete. 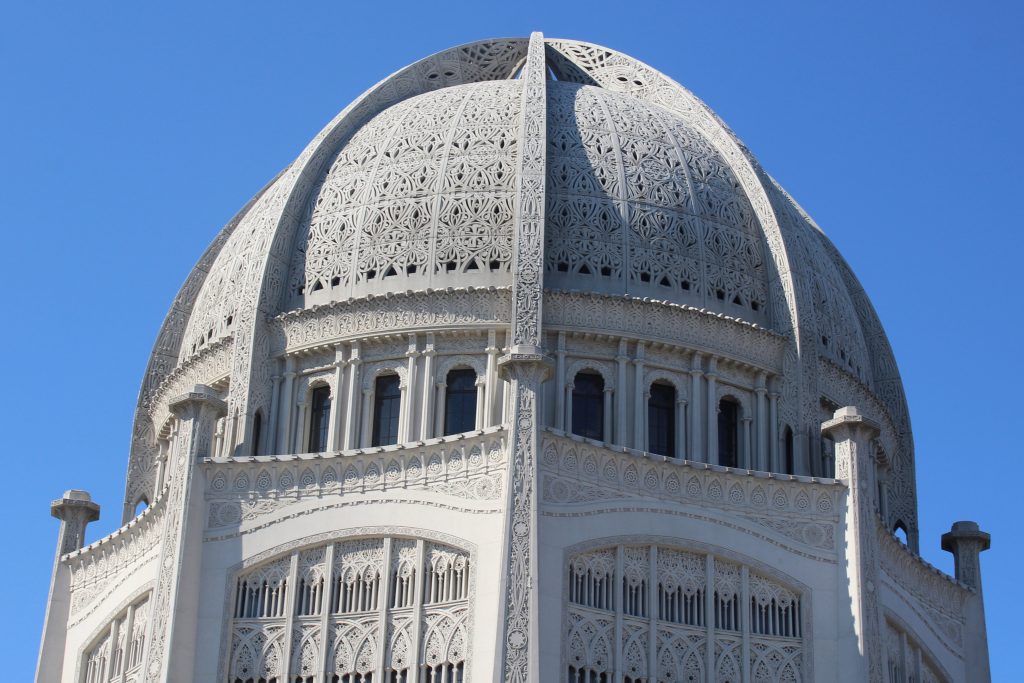 John Earley, a fifth generation stone carver who came from a family of ecclesiastical artists, made the concrete beautiful. Inspired by Italian pebble mosaics, Earley developed a method of exposing the larger pebbles in the aggregate of the concrete mixture. This gave the concrete a warmer appearance. On the Bahá’í  Temple he used two types of quartz to give the exterior an almost luminescent quality.

Bourgeois nor Earley saw the completed temple. In 1978, the House of Worship was added to the National Register of Historic Places. 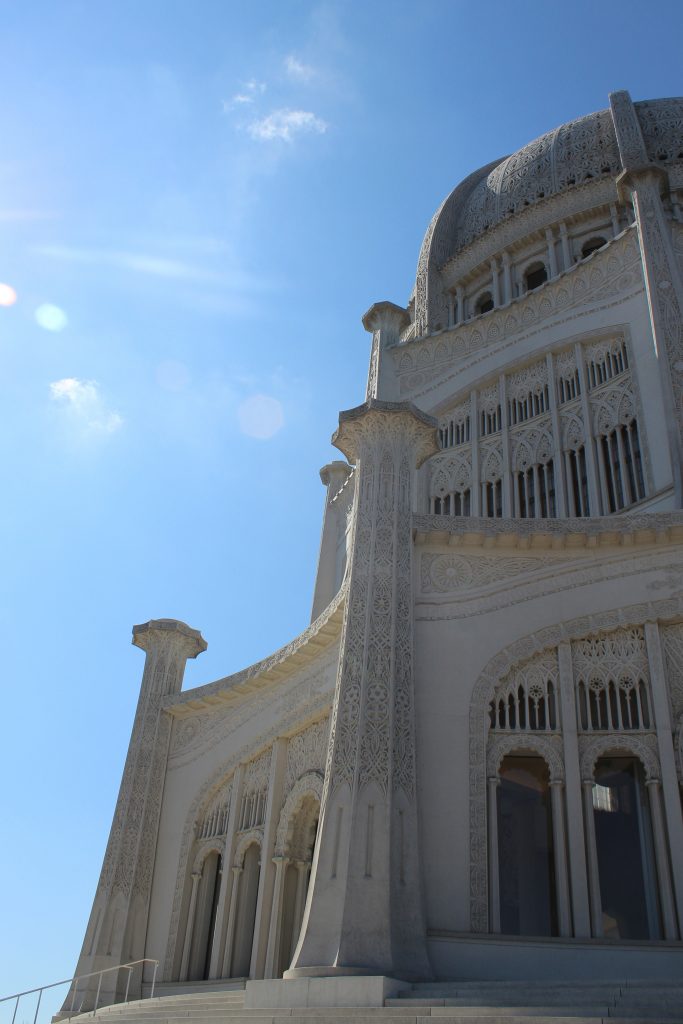 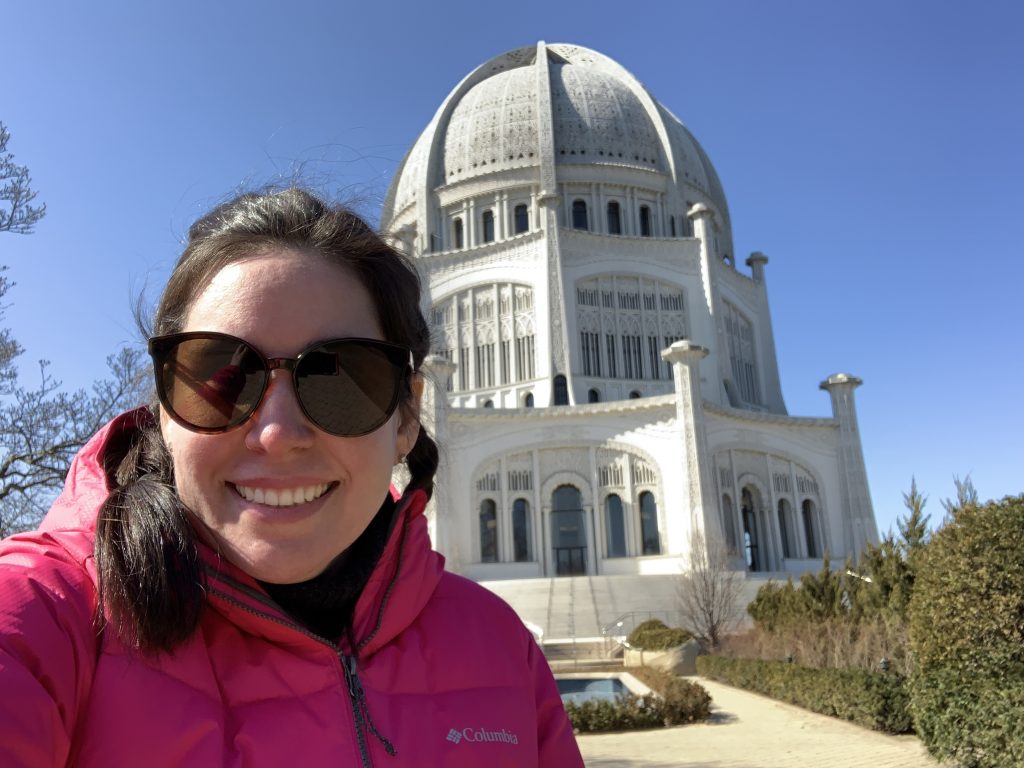