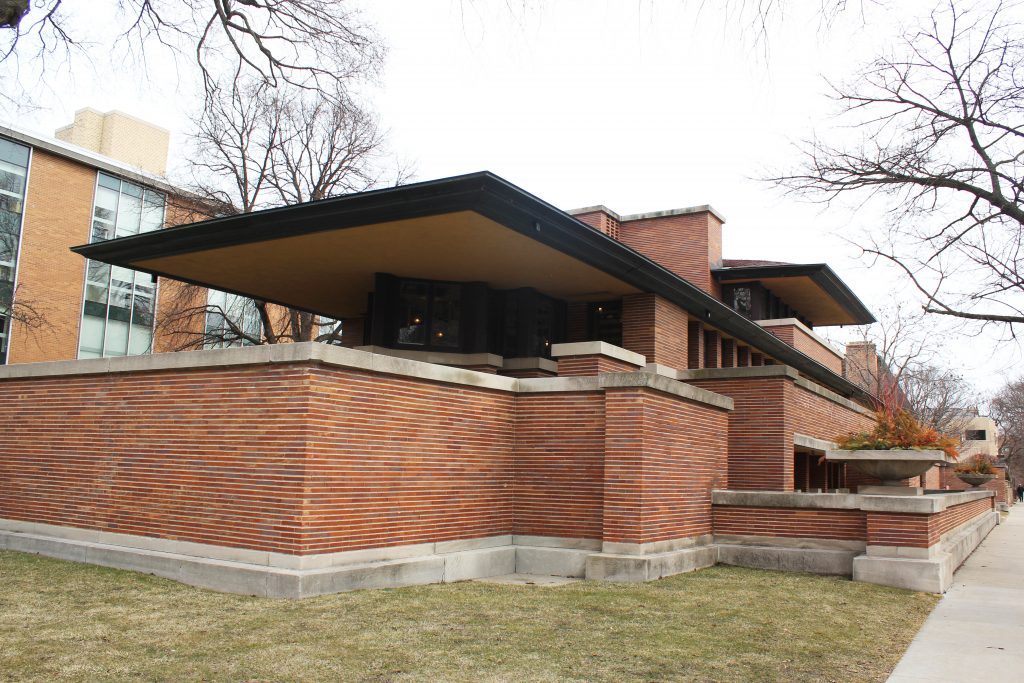 This Frank Lloyd Wright is a UNESCO and a National Historic Landmark.

Its is known as the greatest example of Prairie School, the first architectural style considered uniquely American.

The house presents cantilevered roof eaves and the use of Roman brick emphasize the horizontal. 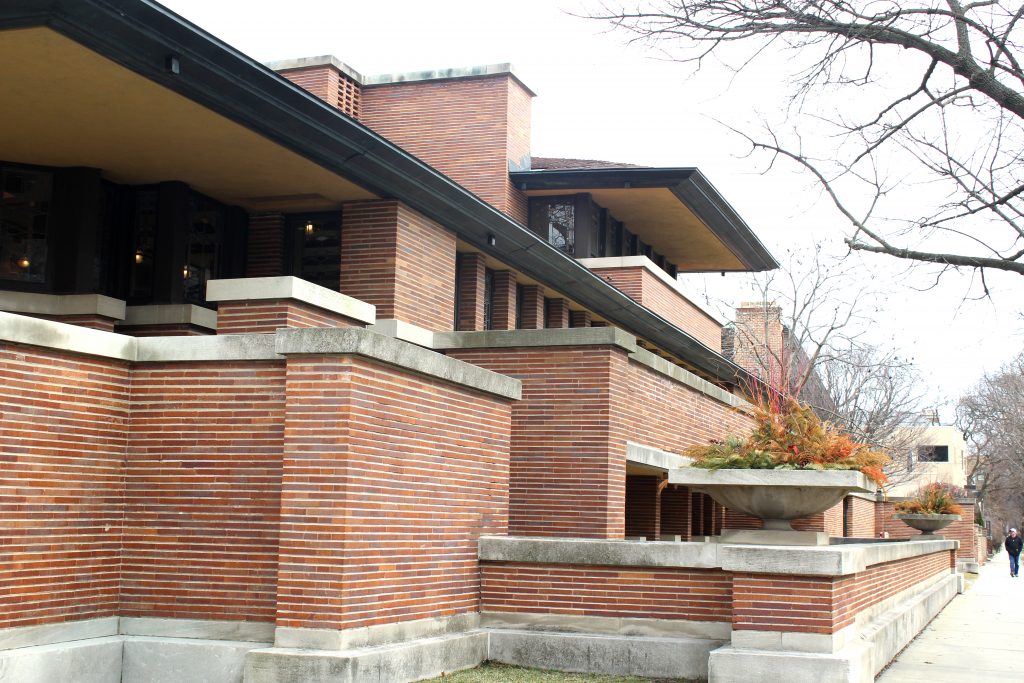 The windows contains continuous bands of art-glass windows and the pattern repeats all around the house. It even translate to the design in the rugs. There are 174 art glass panels in 29 different designs. 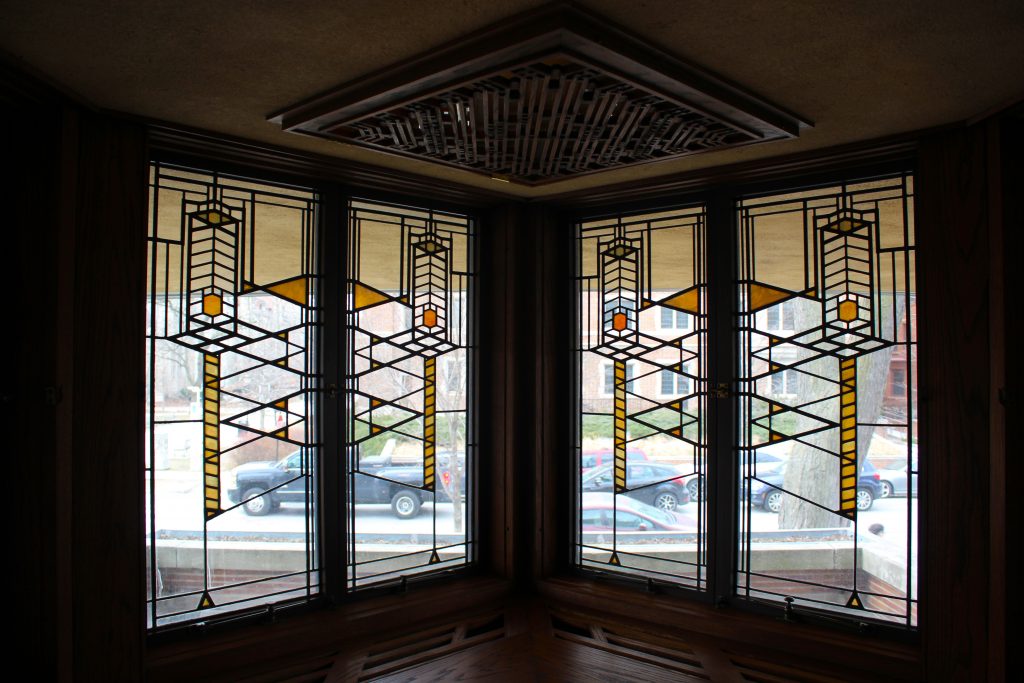 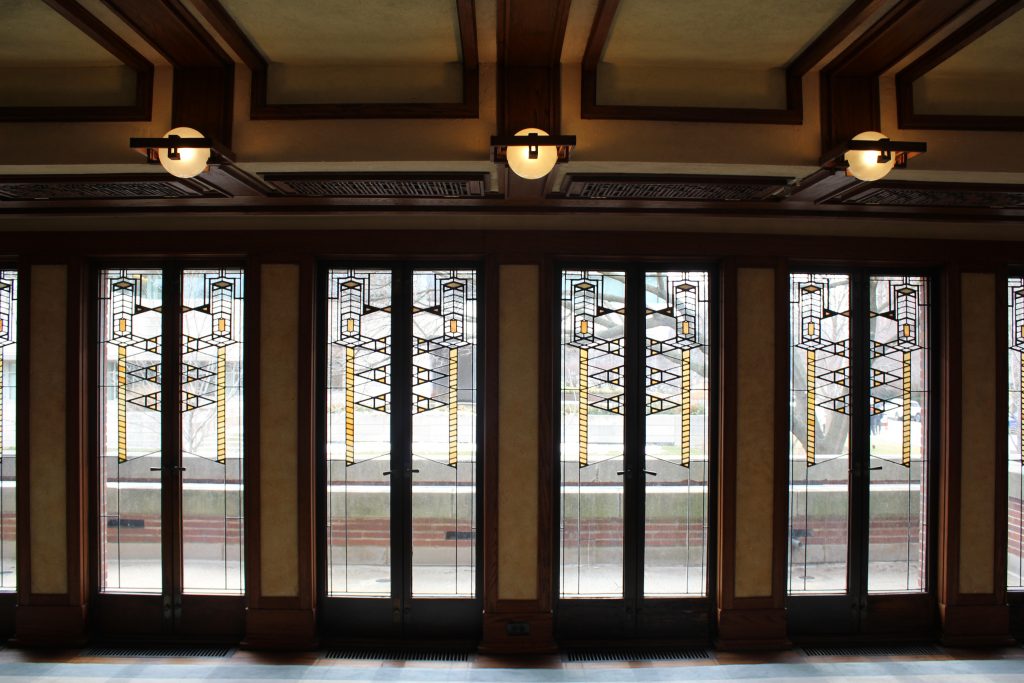 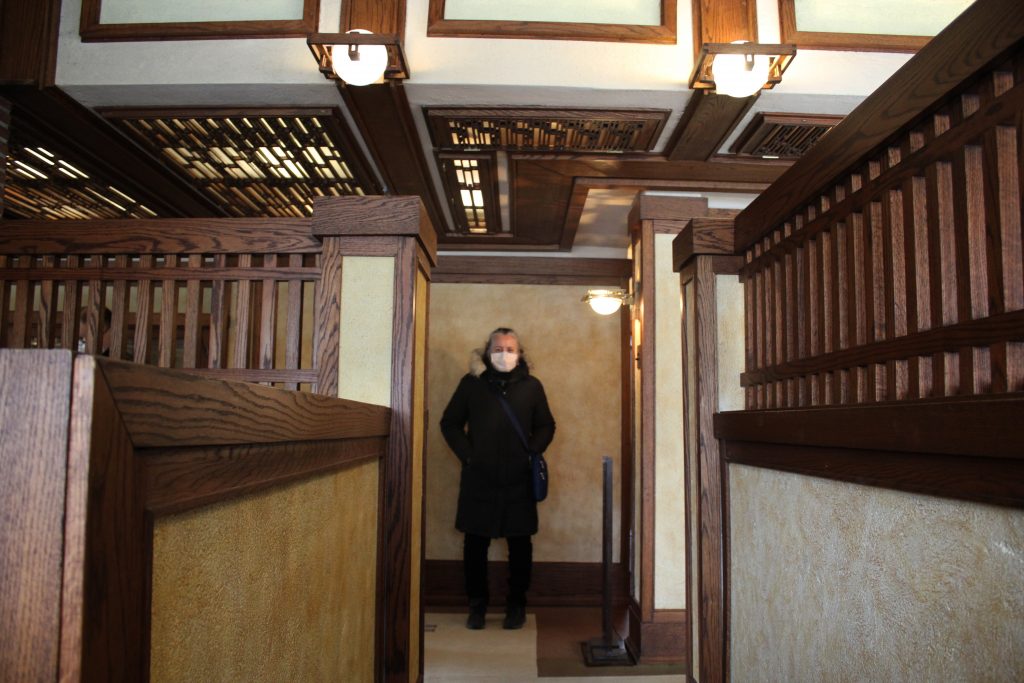 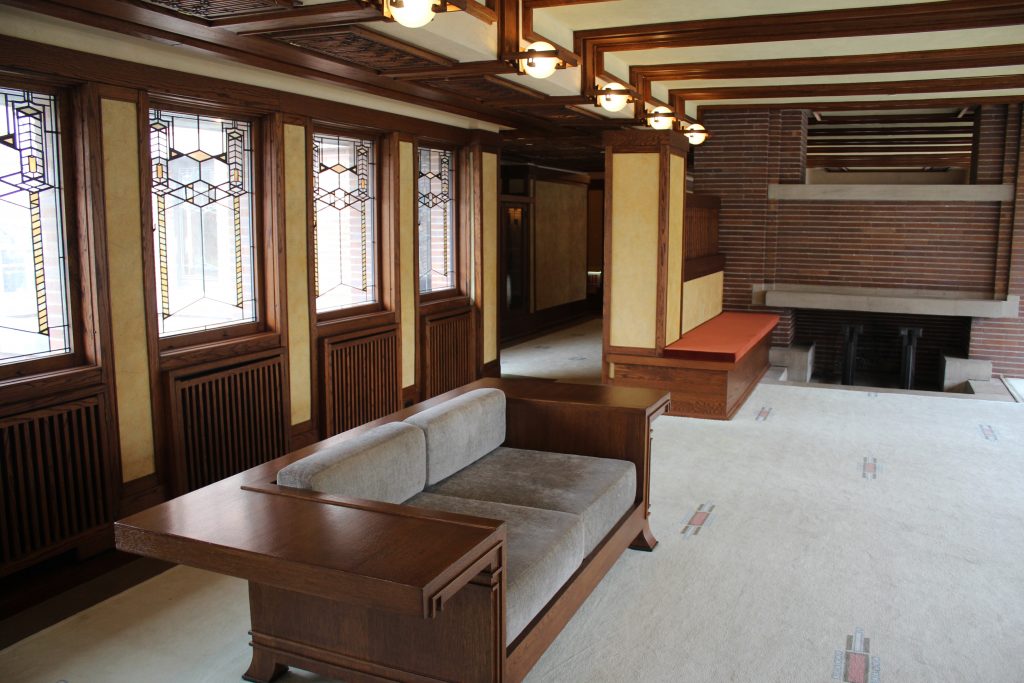 The sofa with extended armrests designed by Wright, mimics the cantilevers of the exterior roof of the building, creating a side tables on each side of the sofa. 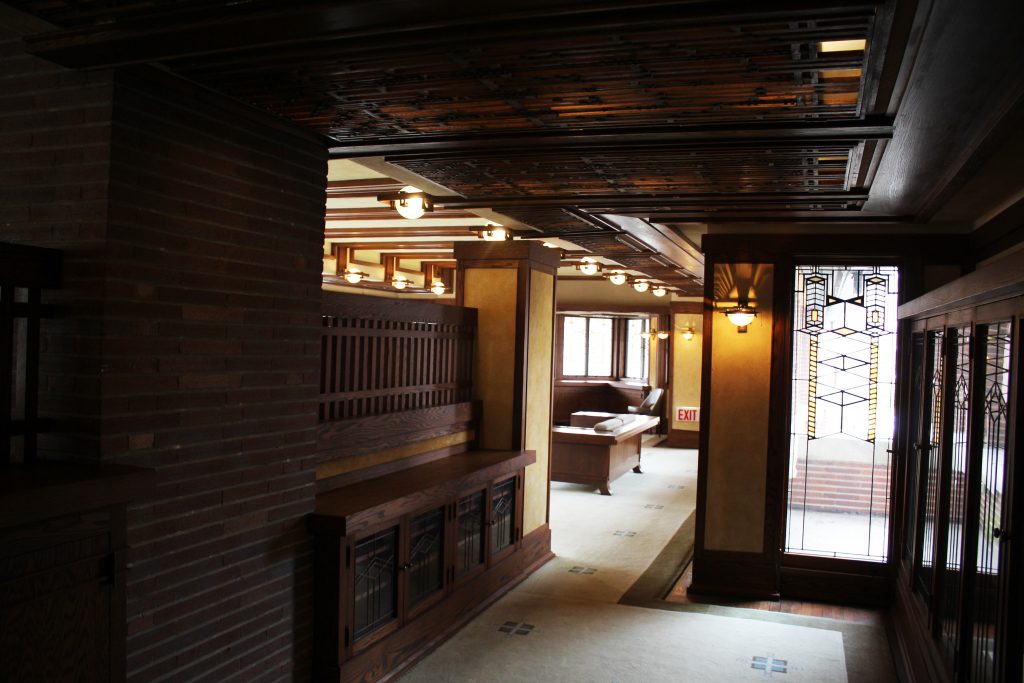 Wright was very much influenced by Japanese architecture, in the Robie house  you can see it in the detail lattice work on the ceiling and the walls.
In many of his houses he placed a Japanese decorative panel as decoration (not physically attach to the structure). 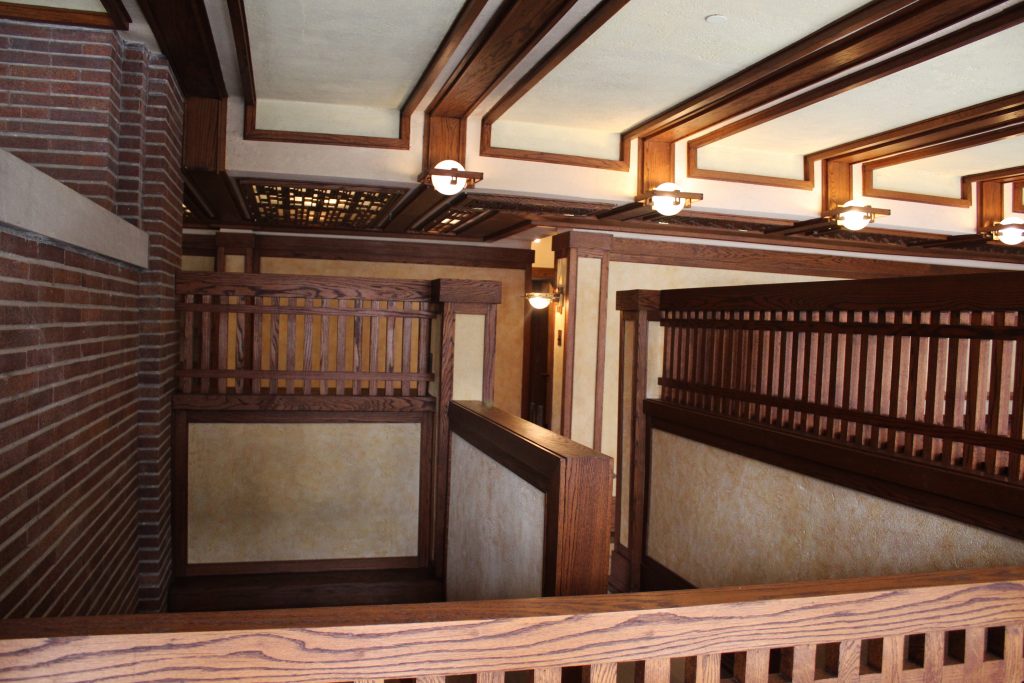 Above I posted a photo to demonstrate the very small group that tour the house. Its very sad that such important piece of history does not have  more advertisement. 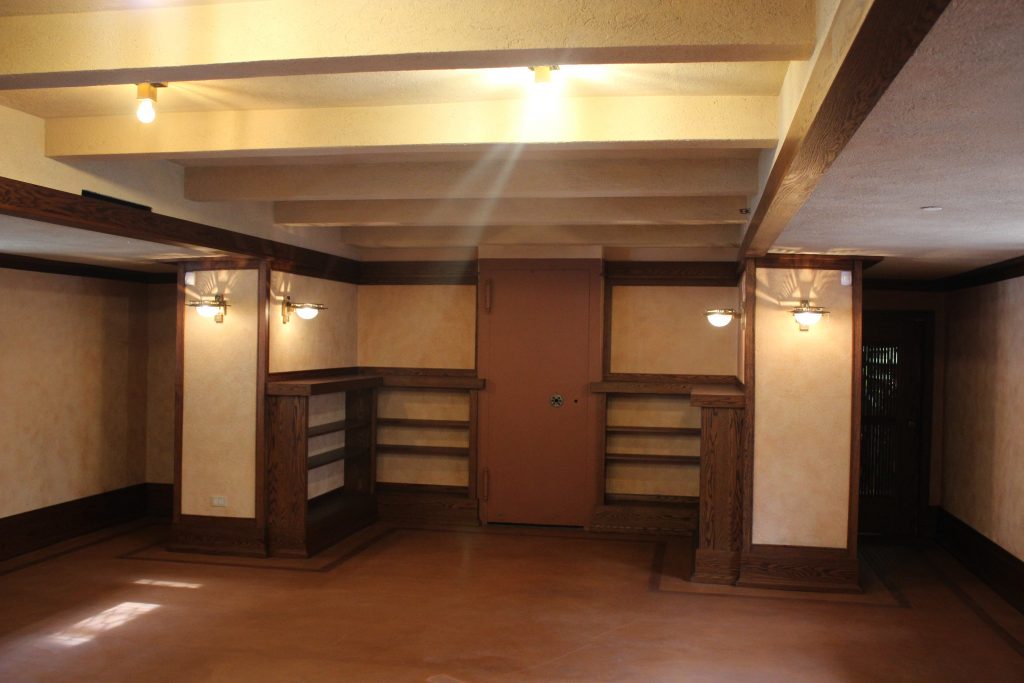 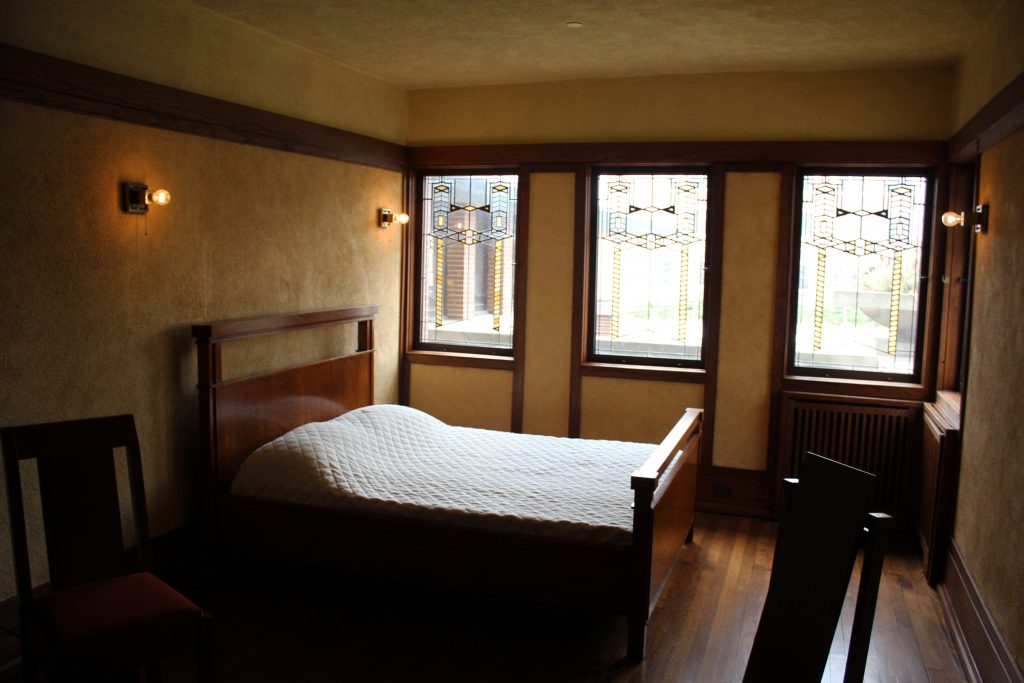 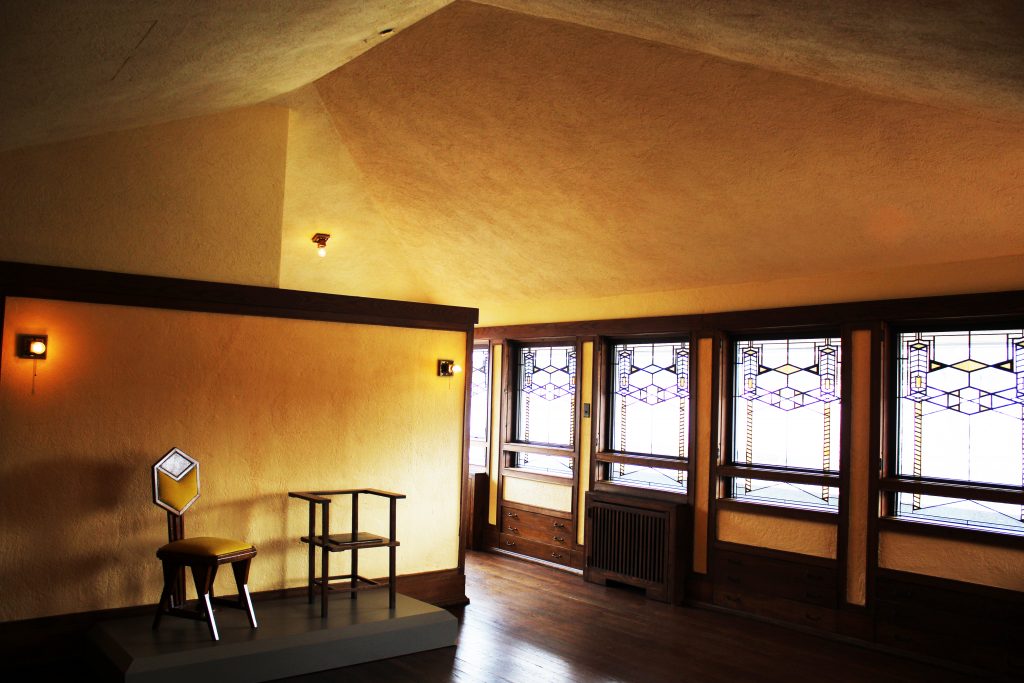 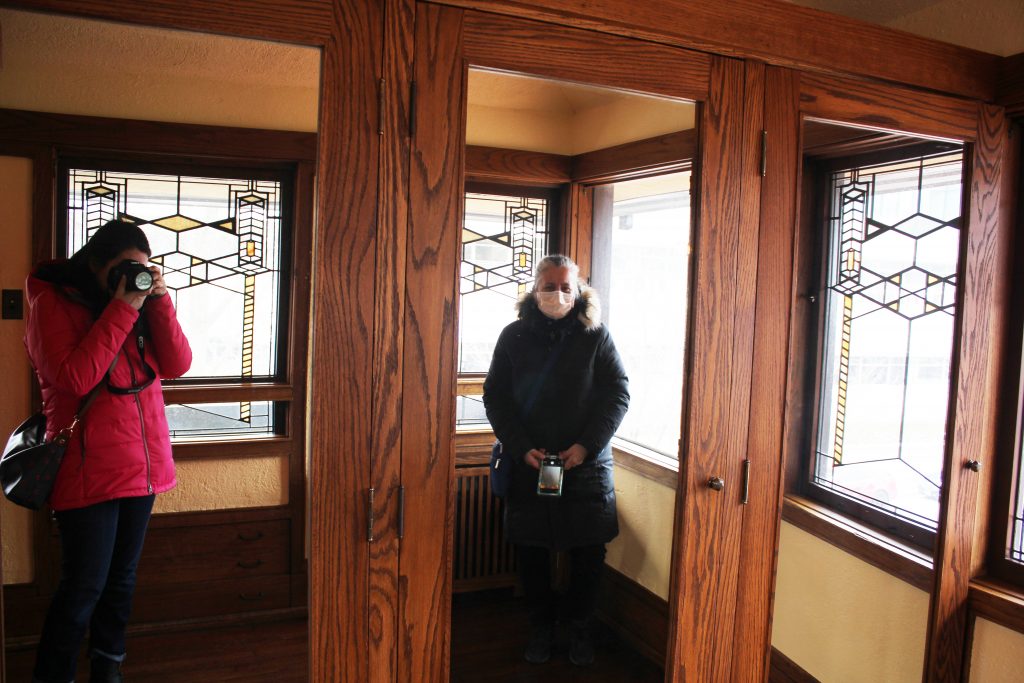 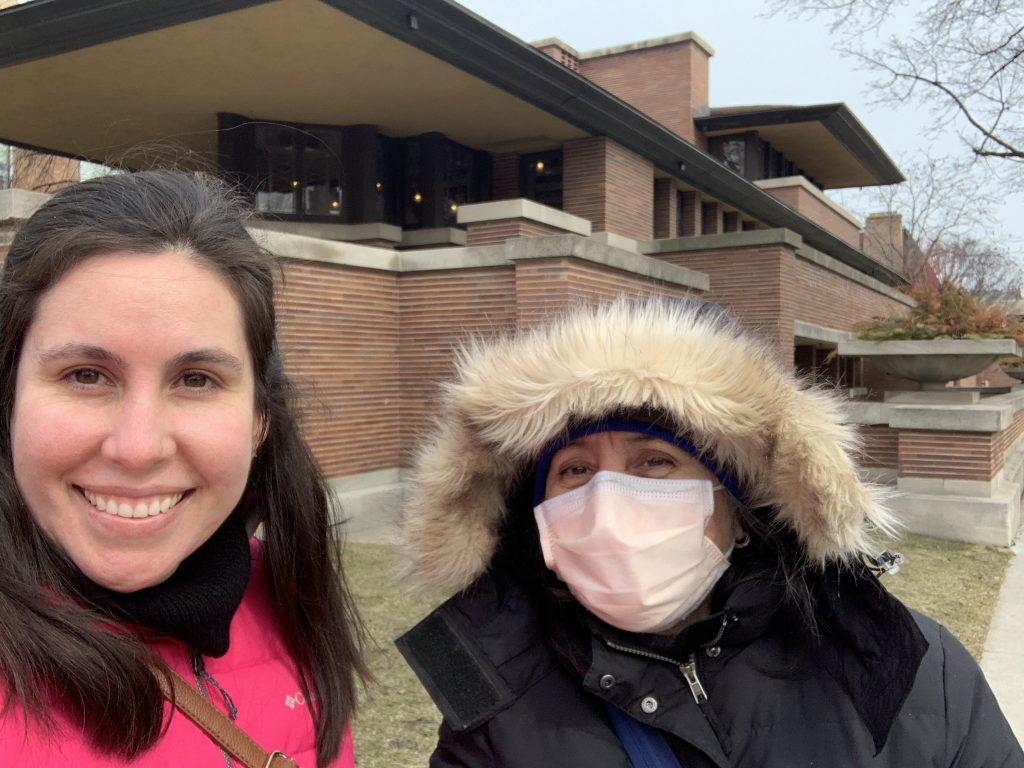 Frank Lloyd Wright has a very strong architectural / design signature. His houses are all different but all very familiar.

I imagine that to live on one of his houses is to live in Wright’s belly.