Old Sturbridge Village is a living museum that recreates the rural life in  New England during the 1790s through 1830s.  It contains 59 antique buildings, three water-powered mills, and a working farm. 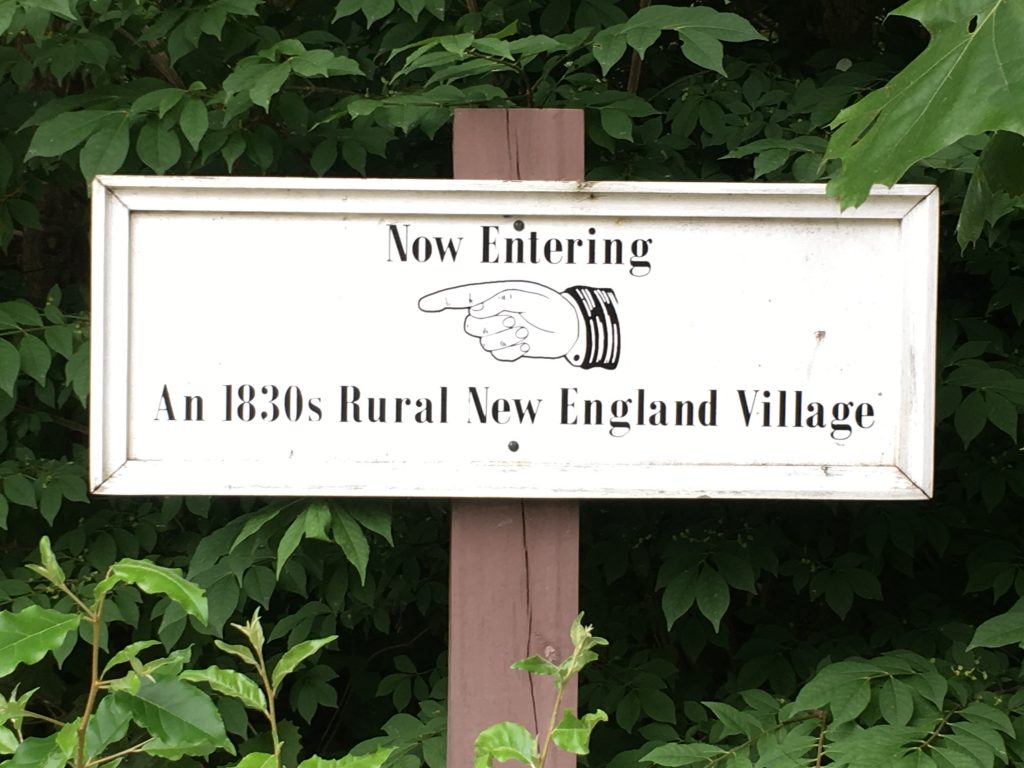 The village is divided into three main sections. The Center Village represents the center of town, the Countryside which consists of outlying farms and shops and the Mill Neighborhood features various commercial structures that rely upon the millpond for their power. 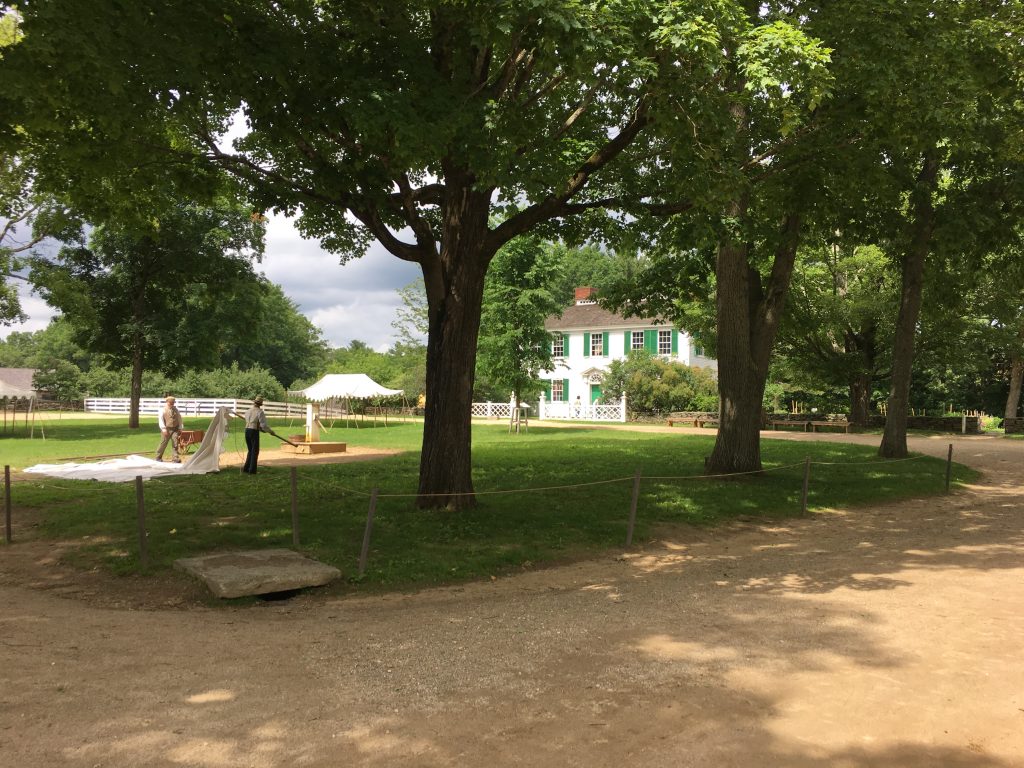 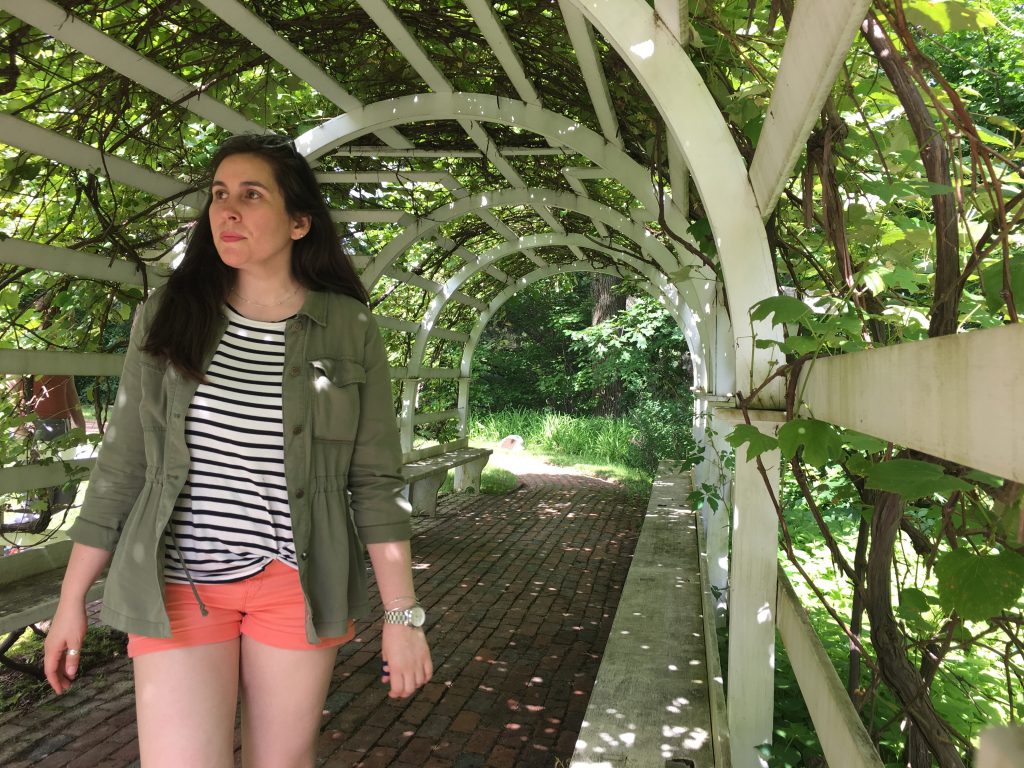 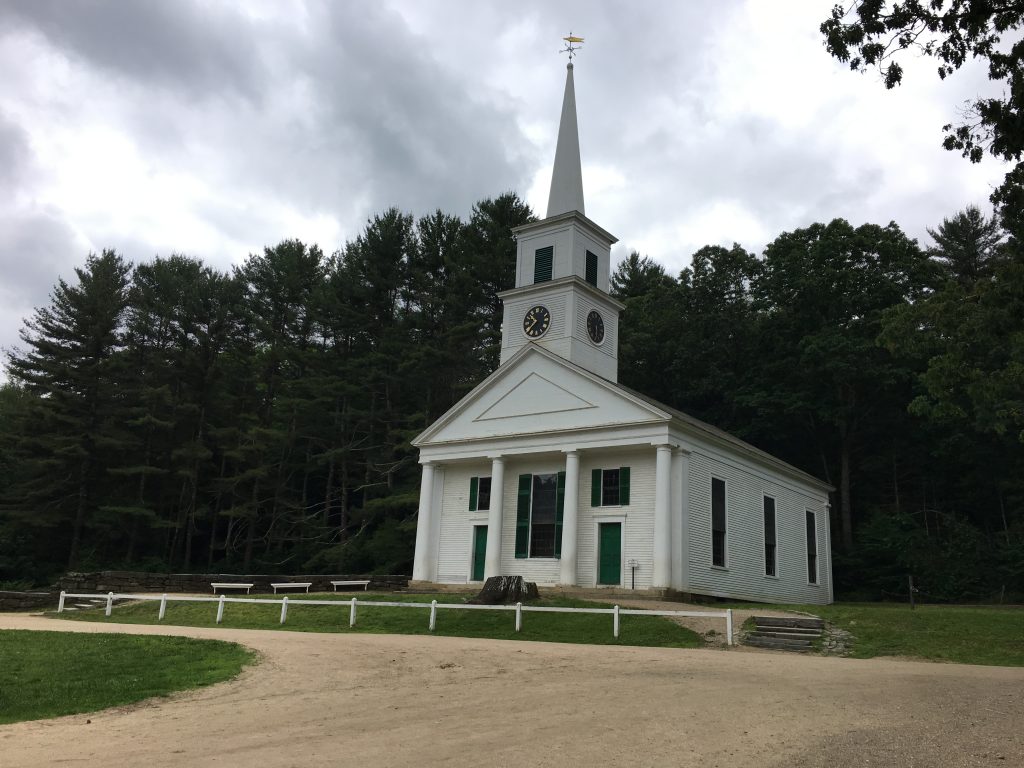 Built as the Baptist Meetinghouse in Sturbridge in 1832,  it was the place for town meetings, elections, and church services. 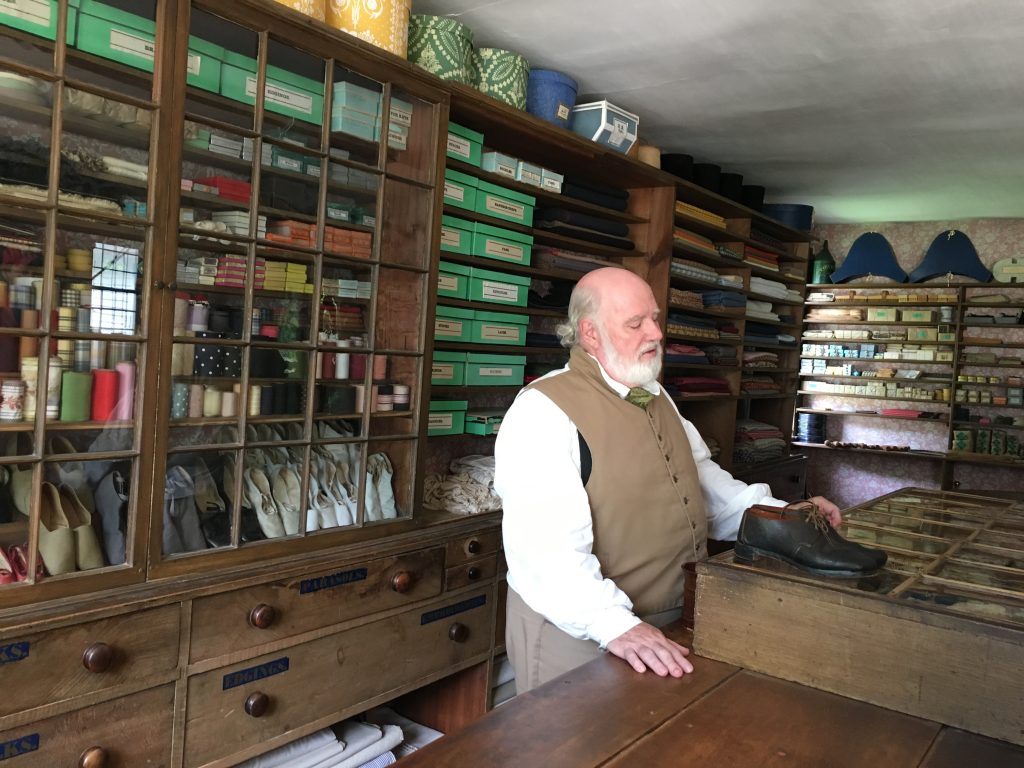 Customers paid for their purchases with credit earned by selling such items as butter, cheese, palm leaf hats, and knitted socks. The storekeeper, in turn, sold them in the cities where he bought the goods to stock his shelves. 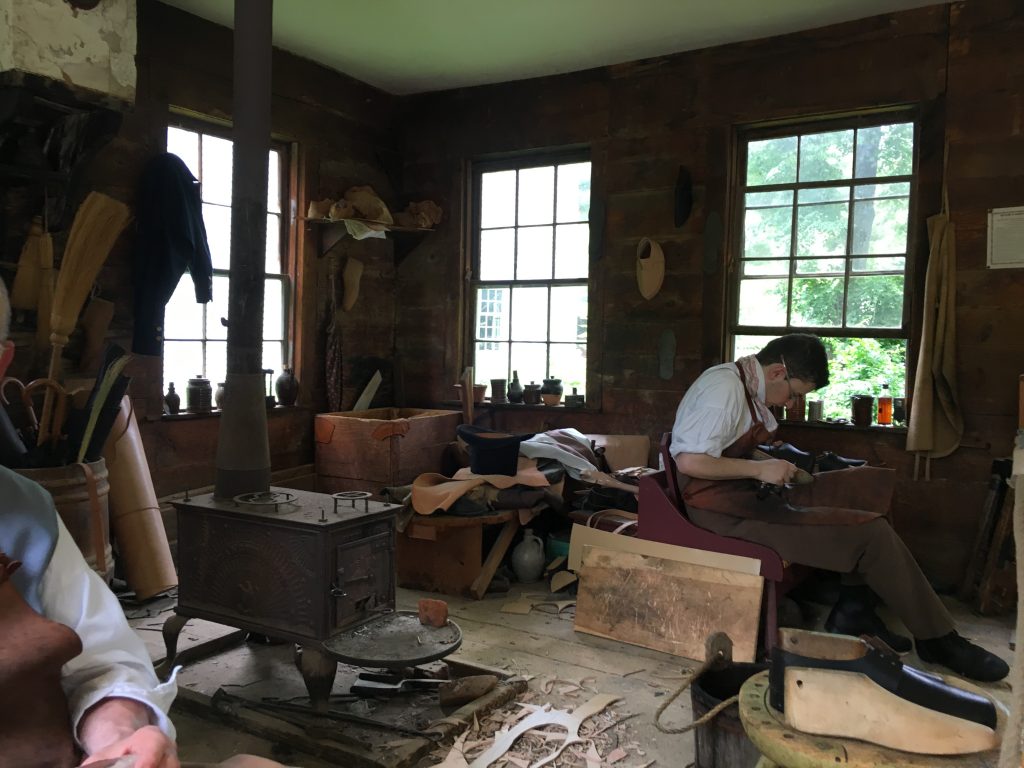 A fun fact that I learned here was that during this time shoemakers stopped making right or left shoes, making an “universal shoe”was easier and cheaper to make. 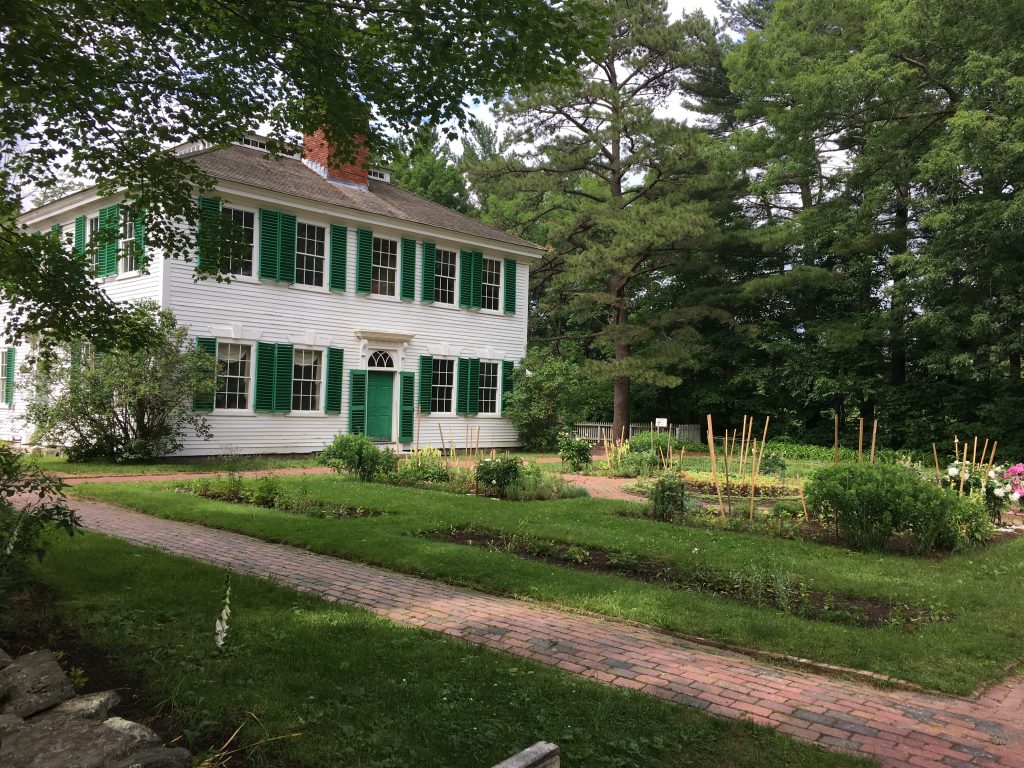 The Townes ran a large and complicated household with seven children still at home in 1830, farm laborers, hired women, and sometimes visiting relatives. The first-floor kitchen of the Towne House boasts a cast-iron stove—a relatively new appliance in the 1830’s. The house’s furnishings are elegant and expensive by rural standards and are a blend of imports and New England. 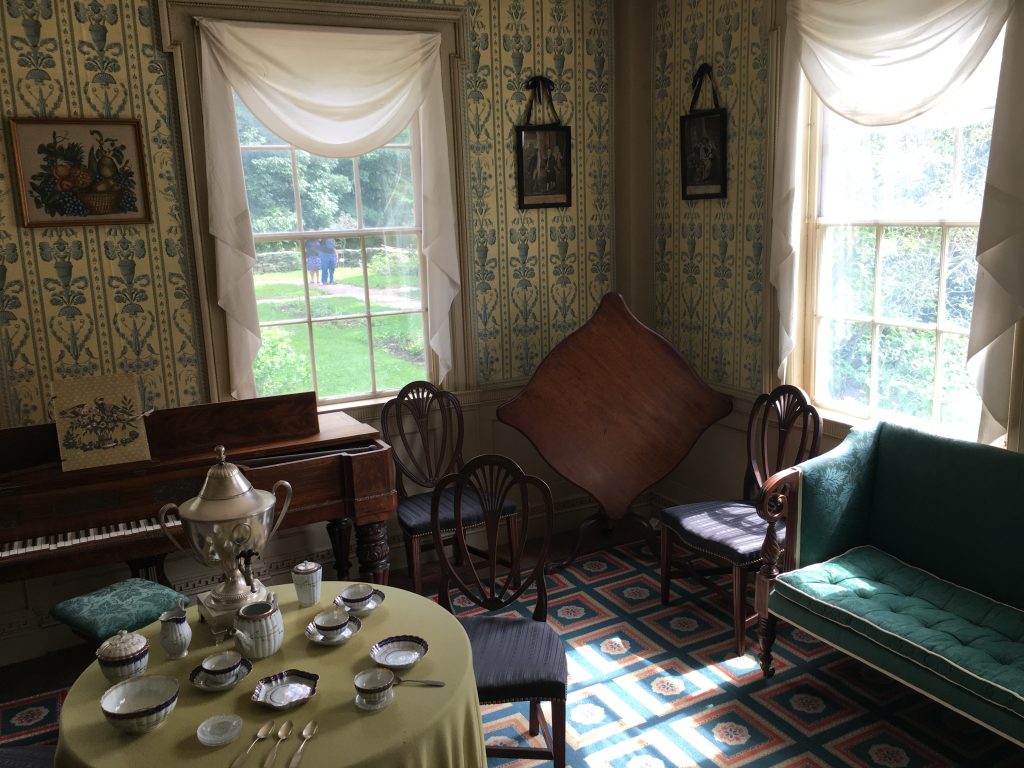 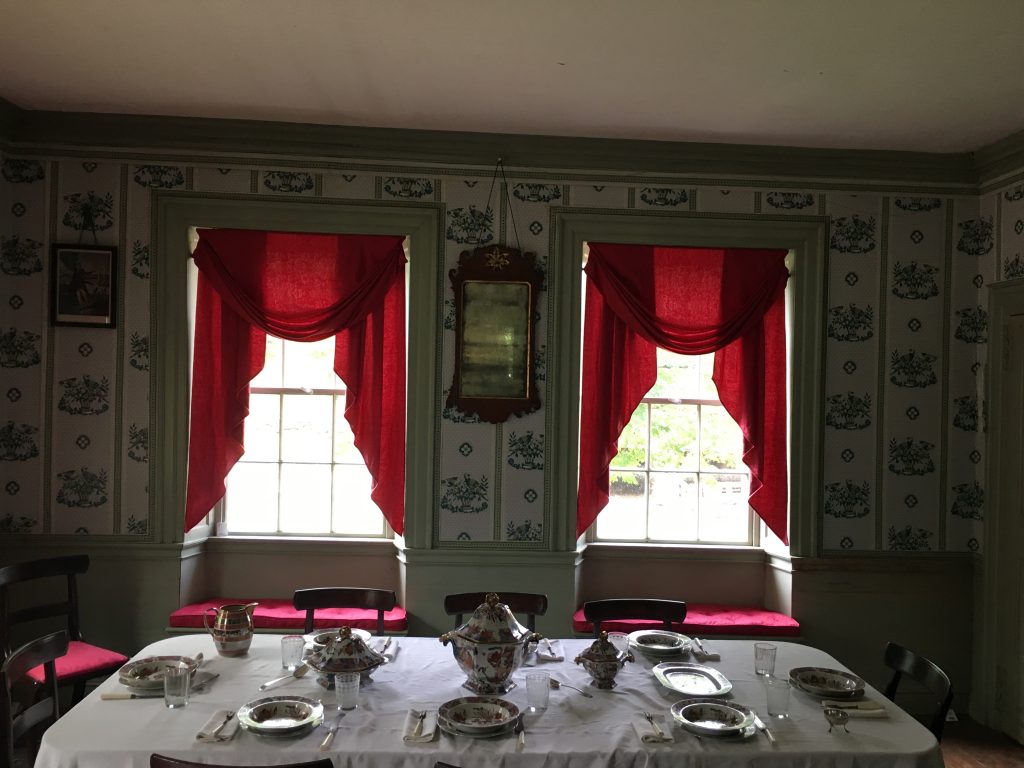 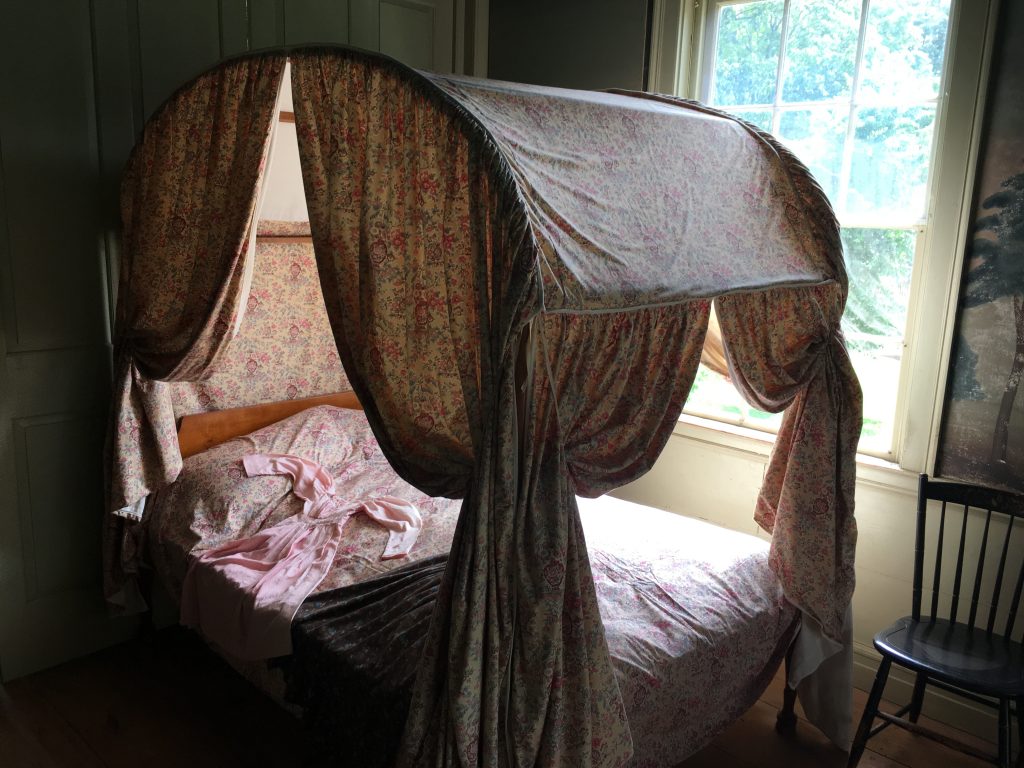 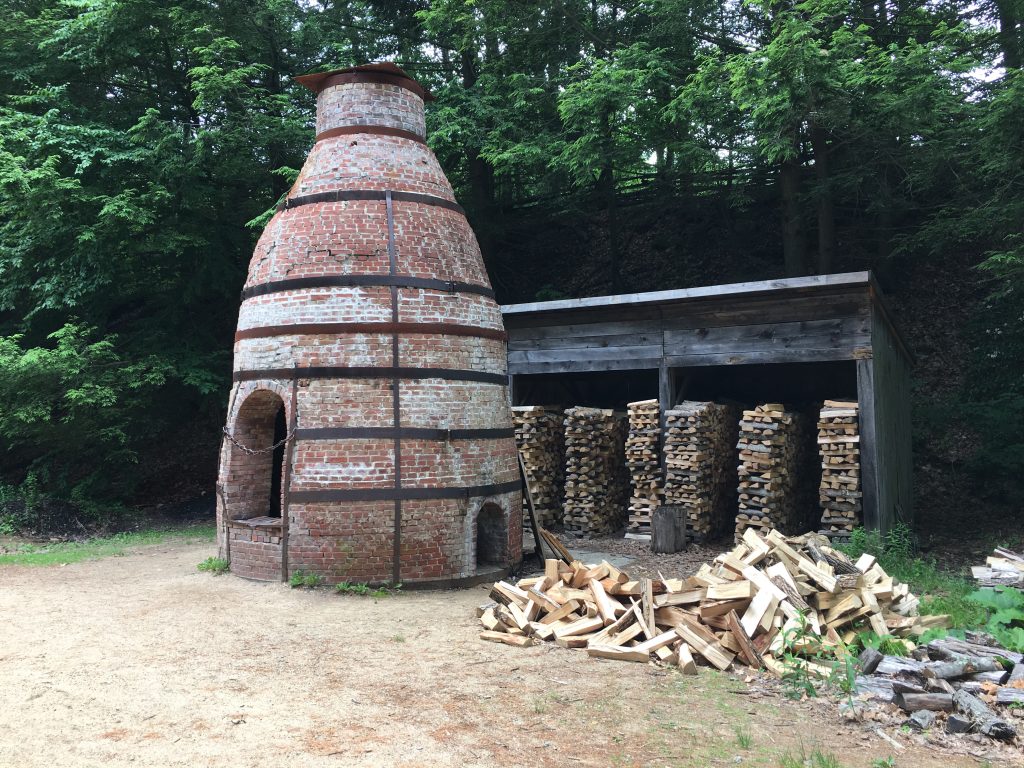 Above there is a reproduction brick “updraft bottle” kiln for firing pots. 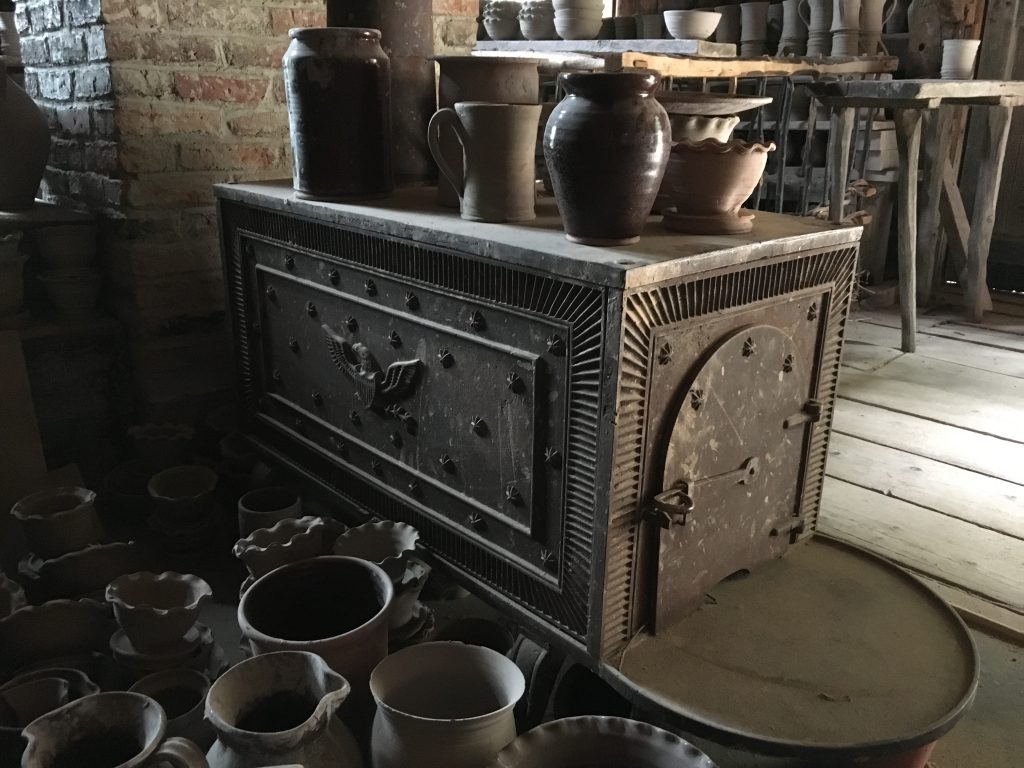 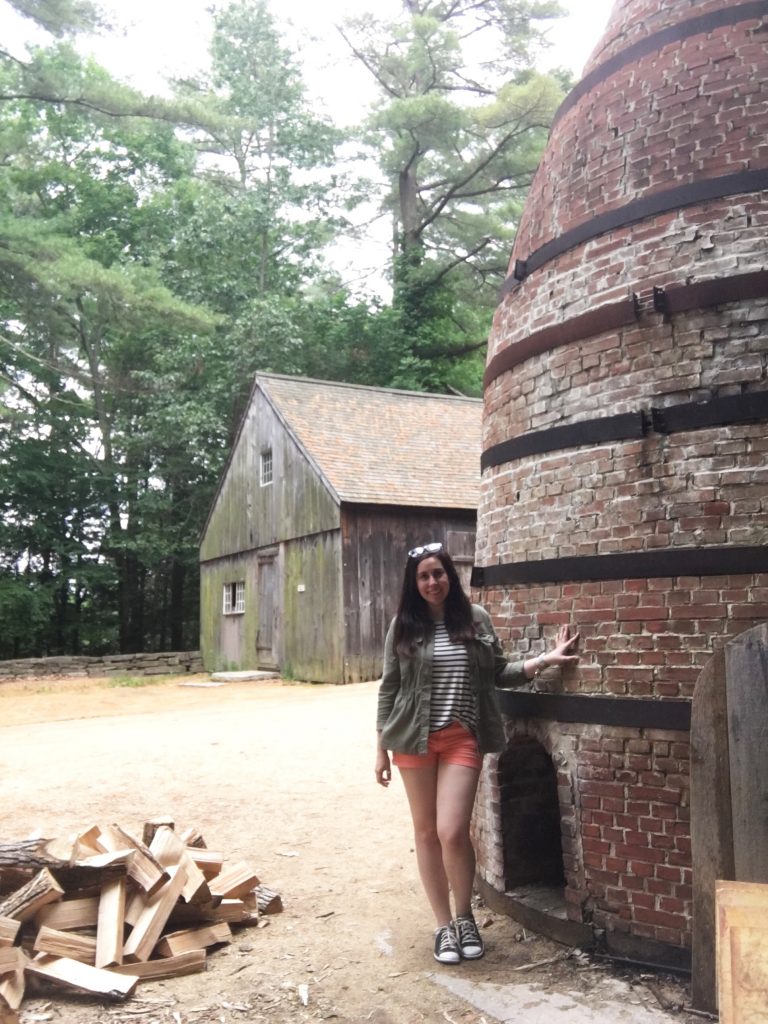 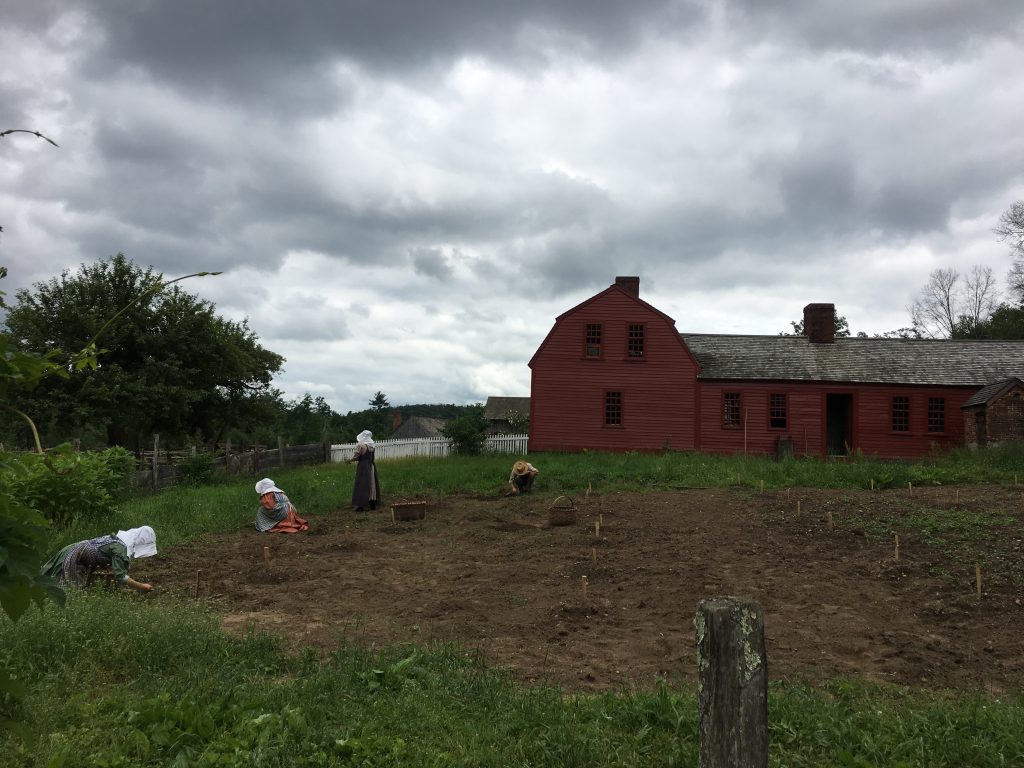 The house was built in 1840 in Charlton, MA. The entire structure was moved to the museum in 1956. 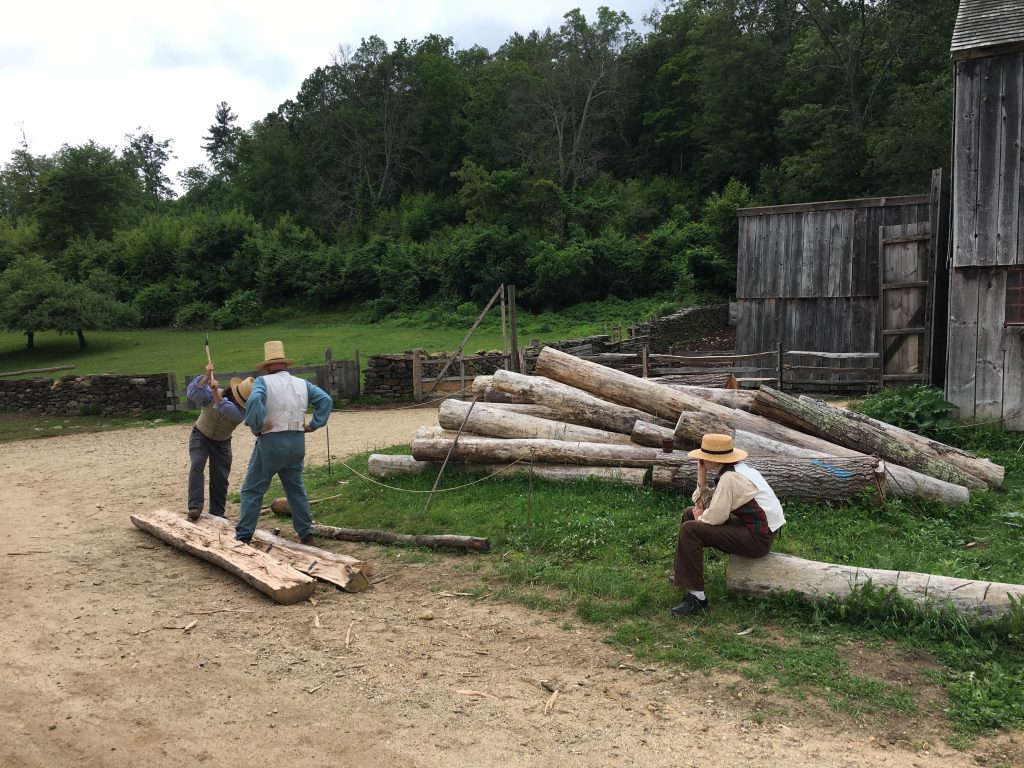 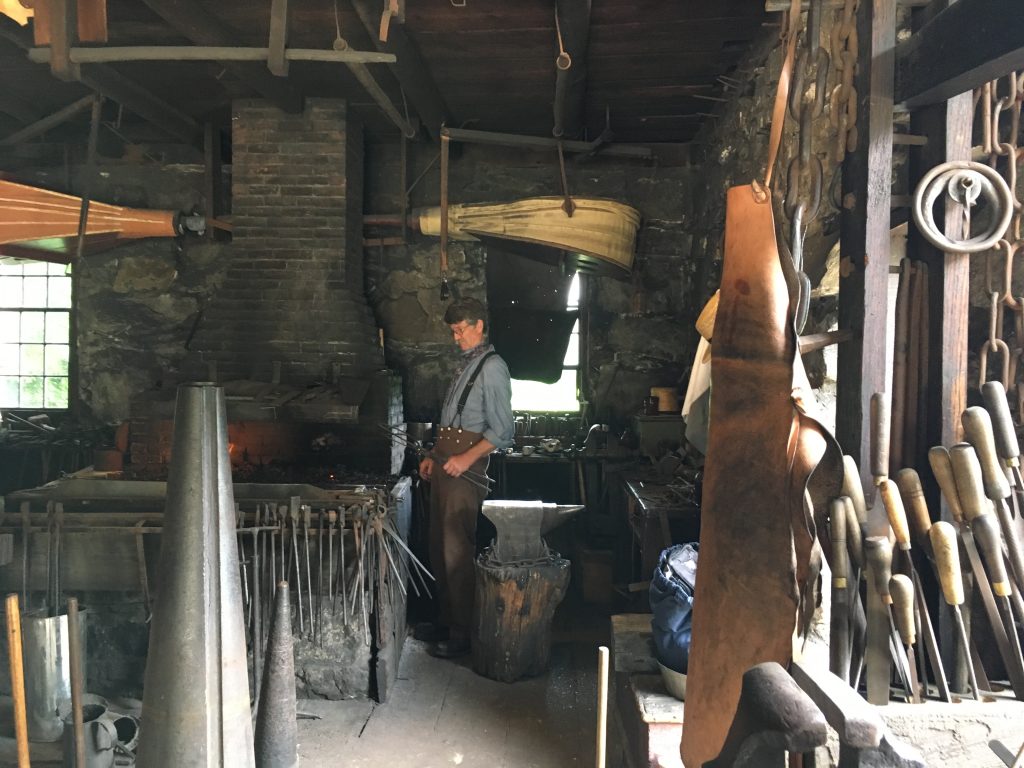 The original location was in Bolton, Massachusetts, c. 1810. The original owner of the building, Moses Wilder, for the walls used 400 granite stones from Bolton’s quarry . 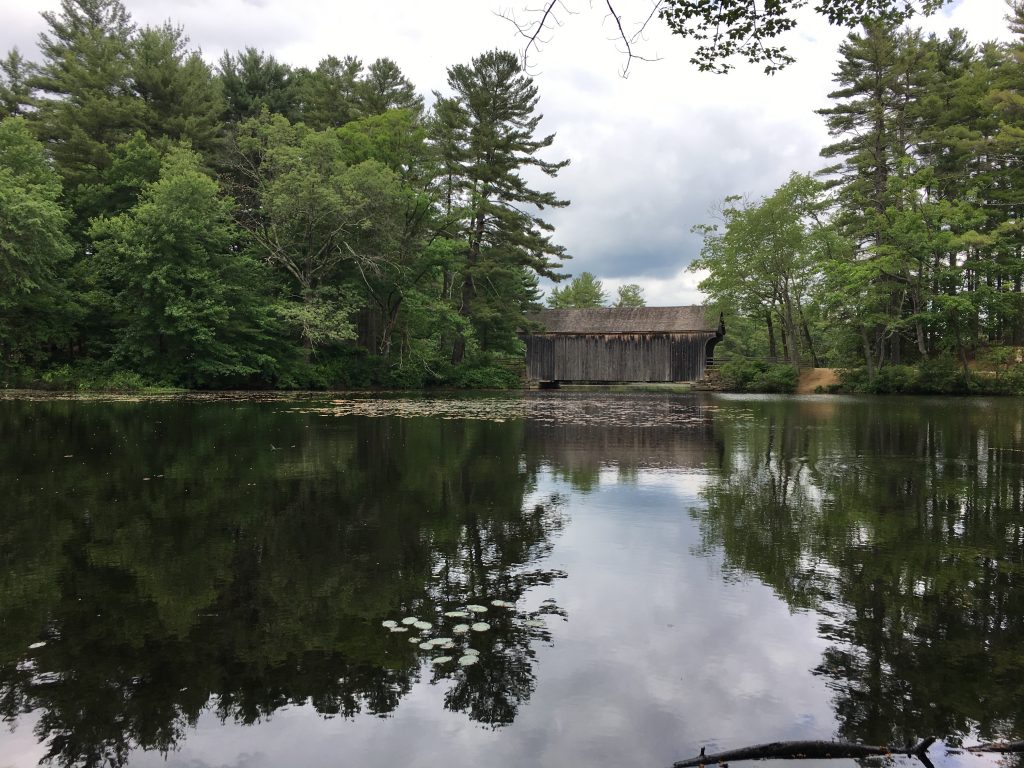 The millpond was dug in 1795,  they dug the pond with a team of oxen and a scoop. This entire process took two and a half years. 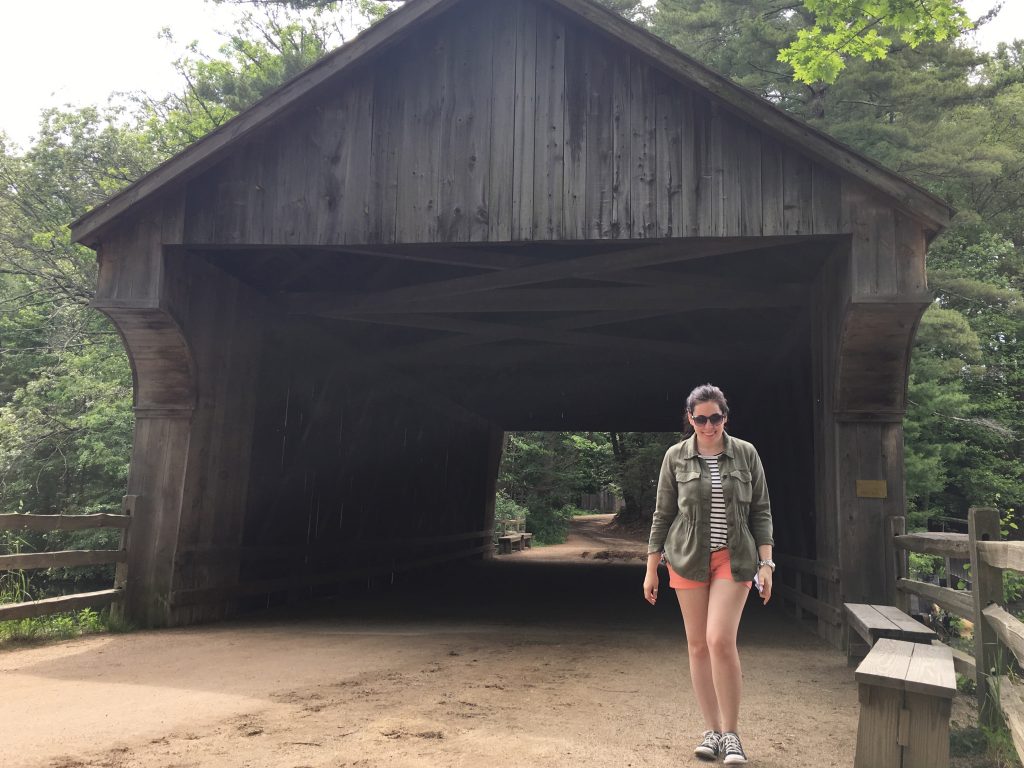 The covered bridge at Old Sturbridge Village is one of only 12 left in Massachusetts. 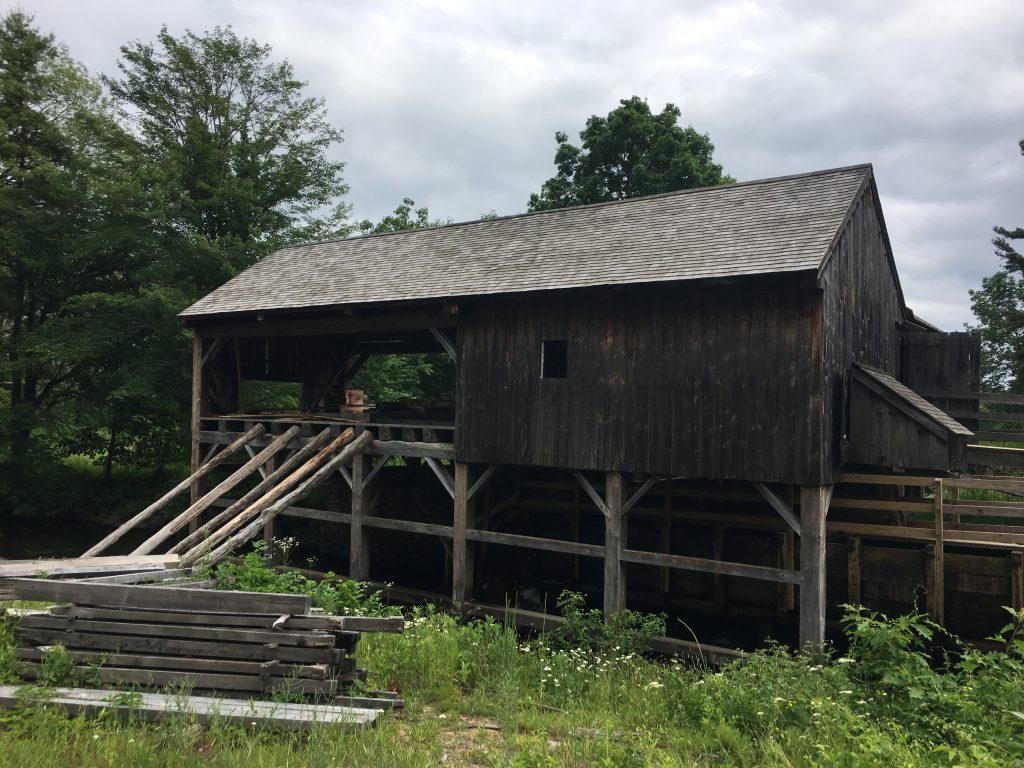 This rare water-powered sawmill—erected on the millpond site that David Wight, Jr. first created in the 1790s. The Sawmill is based on what had been one of the oldest surviving sawmills in the area: the Nichols-Colby Sawmill of Bow, New Hampshire, which was destroyed in a 1938 hurricane. 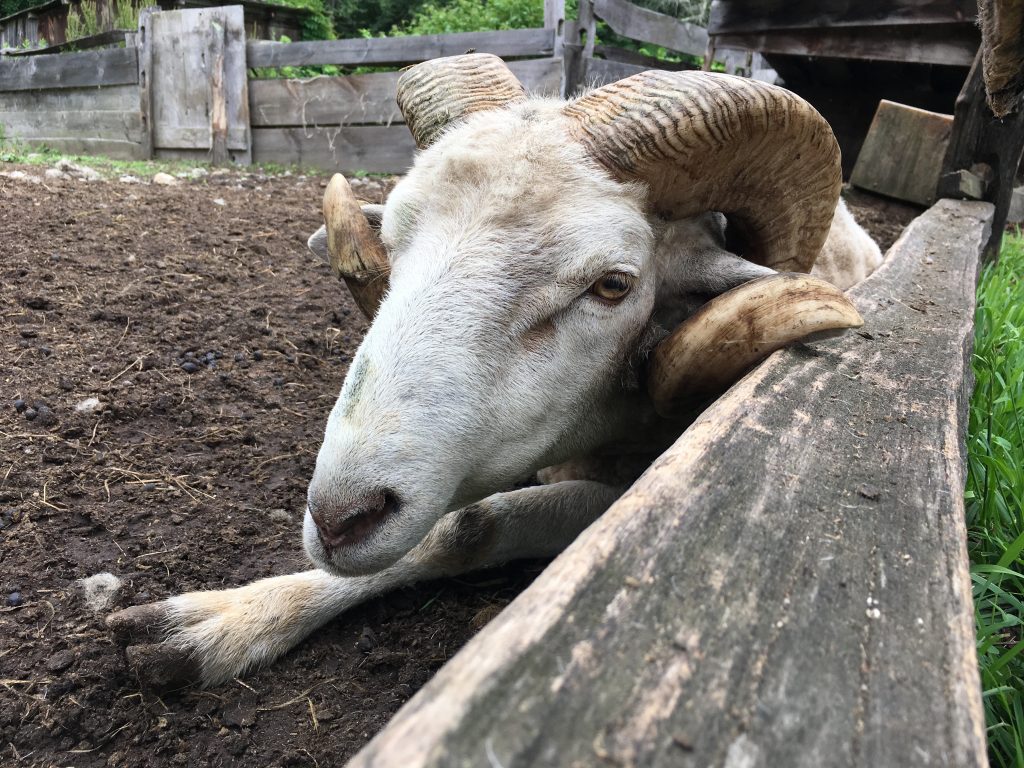 I truly enjoyed the visit, the museum is larger than the plymouth plantation. There is a small “bus”that goes around the site which makes it a lot easier for people that have problem walking. The museum also offers a boat ride which is very pleasant.  It’s a great place to learn about 1830’s New england life. 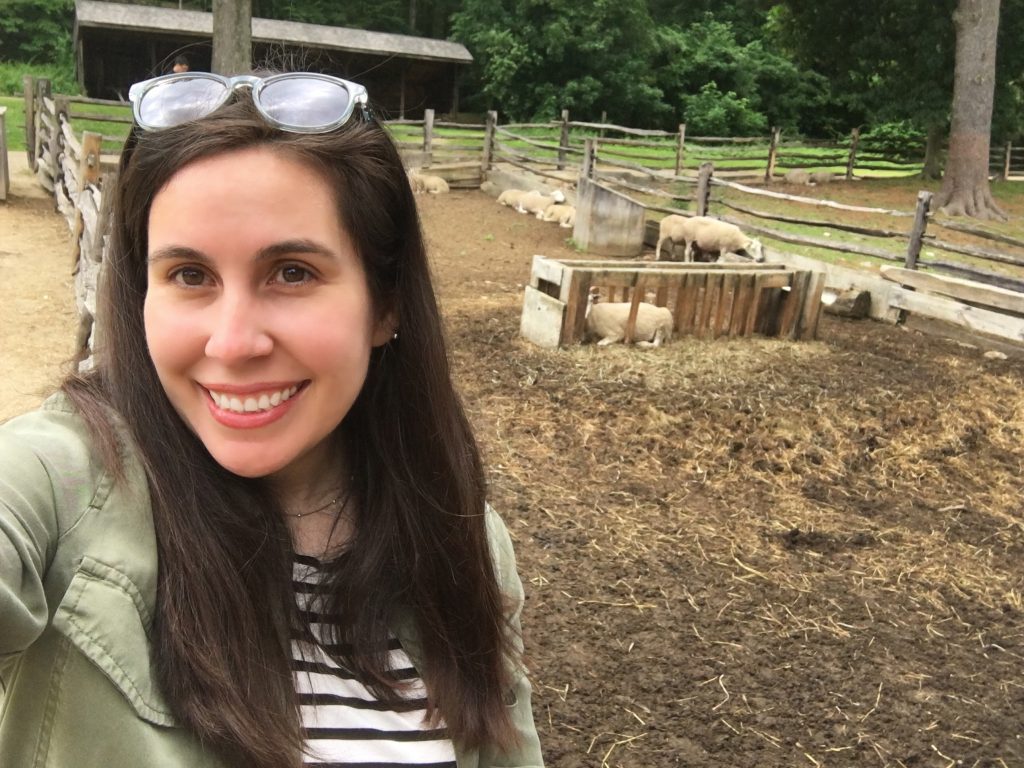