Tikal it is one of the largest archeological sites and urban centers of the pre-Columbian Maya civilization. It was declared in 1979  a UNESCO World Heritage Site 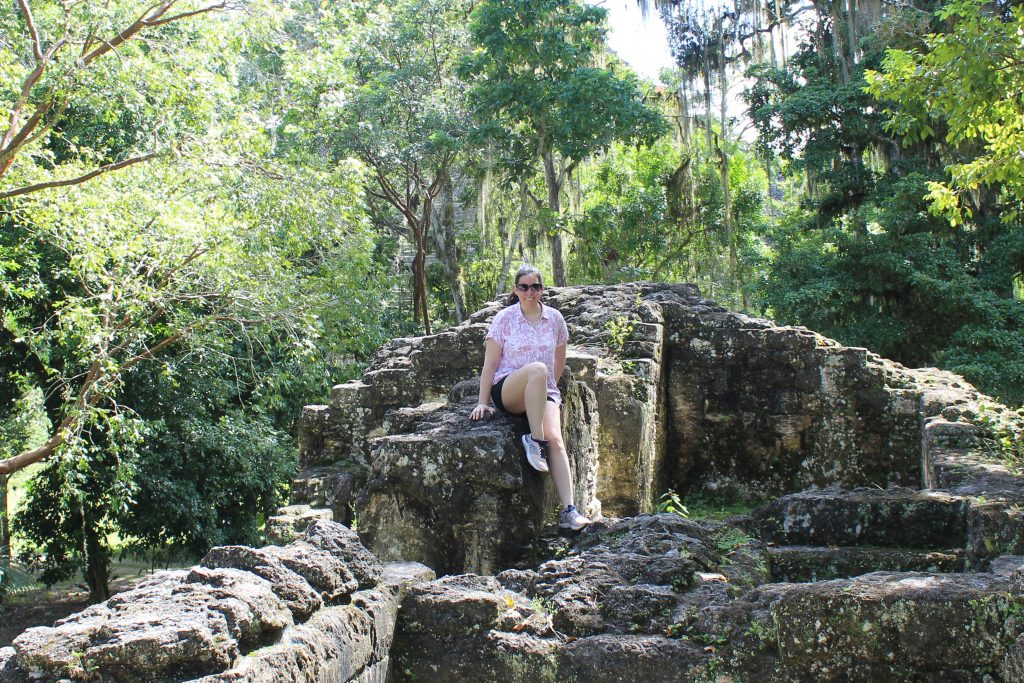 The Great Plaza lies at the core of the site; it is flanked on the east and west sides by two great temple-pyramids. 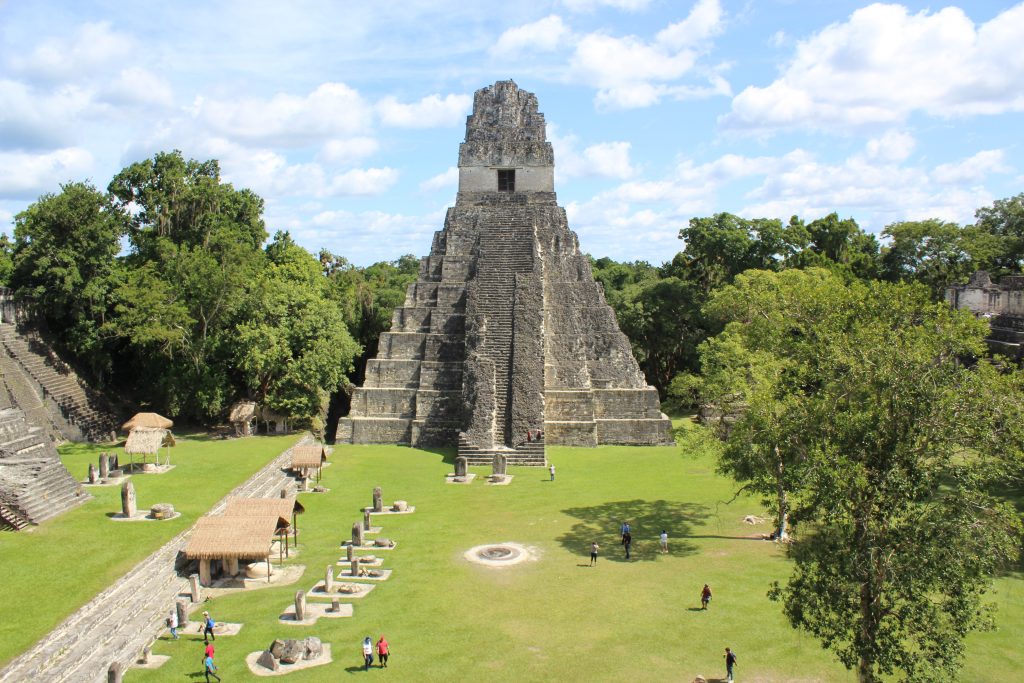 The Great Jaguar is the first pyramid you see walking to the site.

rises 154 feet (47 m) high and is a funerary pyramid dedicated to Jasaw Chan K’awil. He was entombed in the structure in 734 AD and the pyramid was finished about a decade later. At the top of the pyramid is a temple with three rooms and a corbel arch. 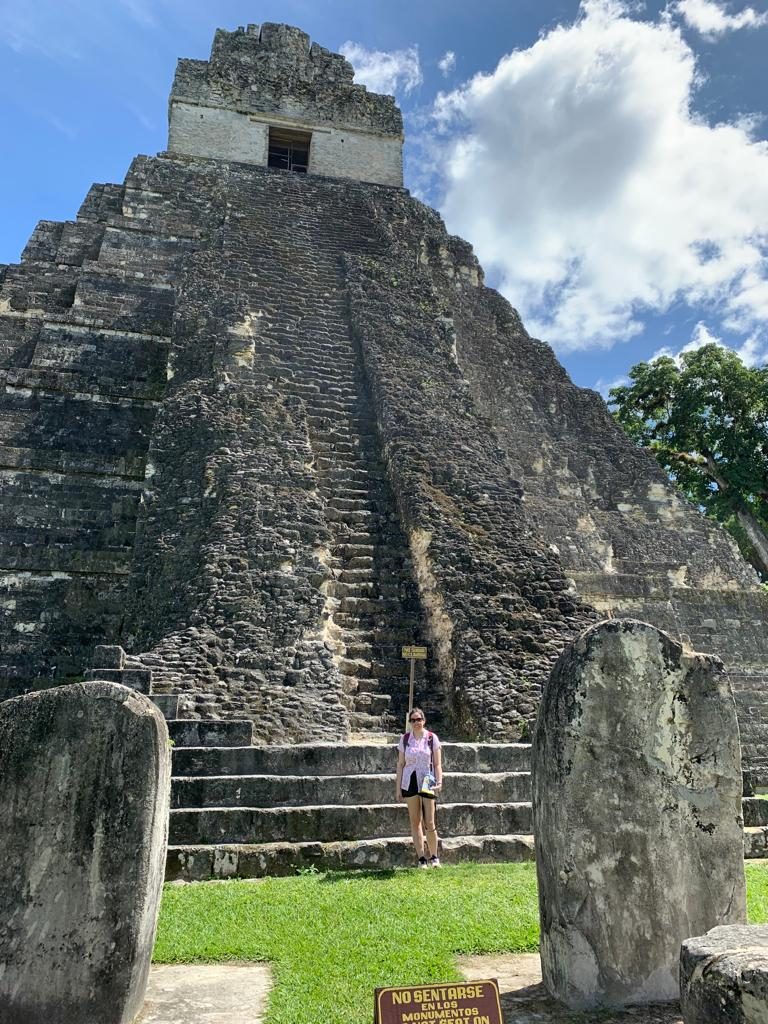 The temple rises 55 meters (180 ft) over the Great Plaza. The pyramid is topped by a funerary shrine, containing finely carved wooden lintels. 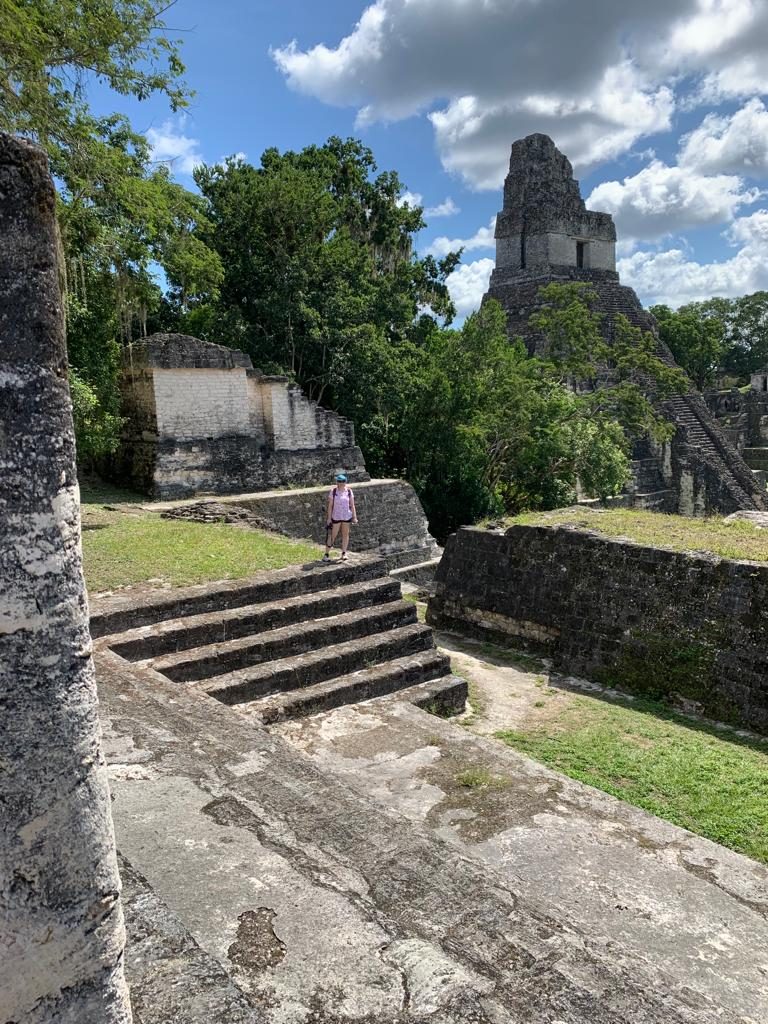 Opposite of the Jaguar Temple there is Tikal Temple II or the Temple of the Masks. 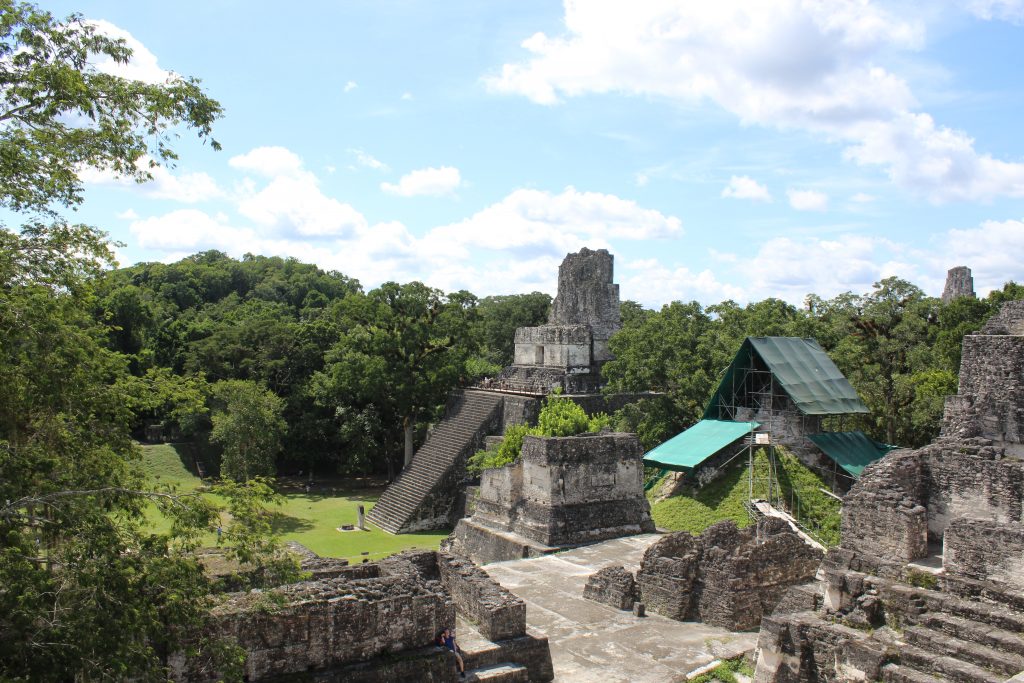 On the top there was a dintel formed by four  planks, Two of these planks were removed in the nineteenth century and their location now is unknown. The other two were removed by the British explorer John Boddam-Whetham and donated to the British Museum in London. The scene carved onto one lintel shows a seated figure with an enormous serpent rising. 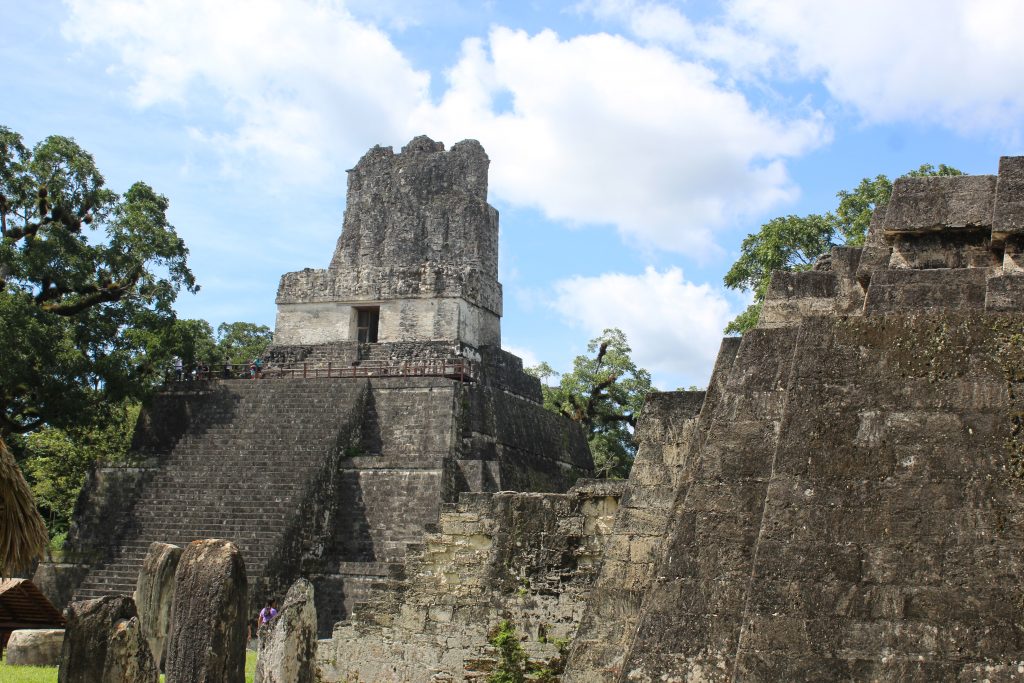 This was the first temple to be completed by Jasaw Chan K’awil as a monument to his wife. However, no tomb was found. The pyramid stands 125 feet (38 m) high and faces the rising sun. 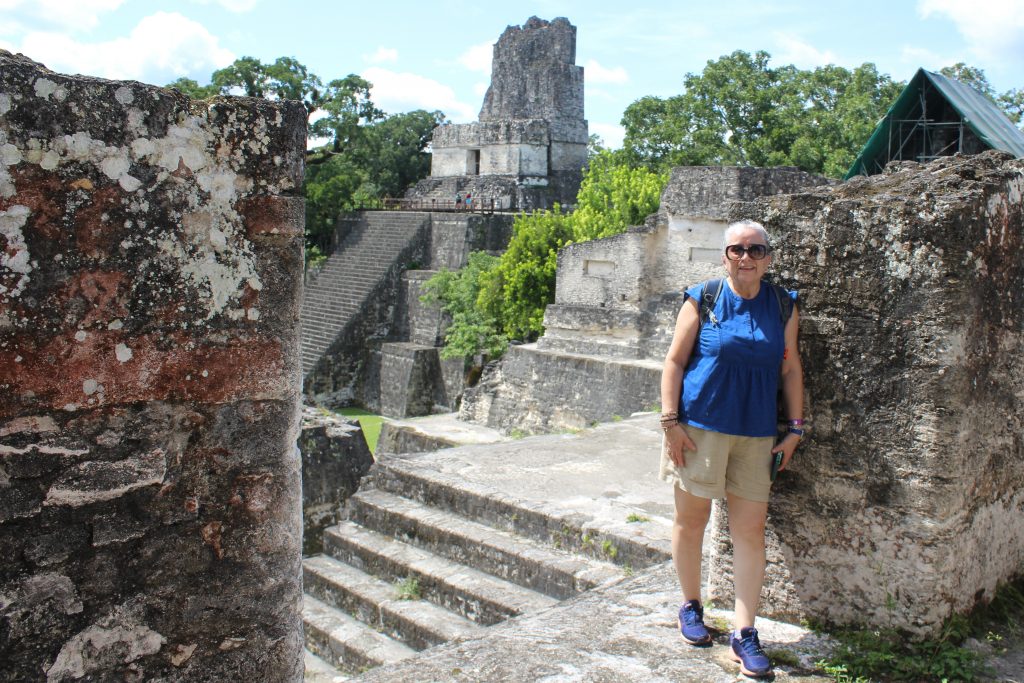 Below is the North Acropolis 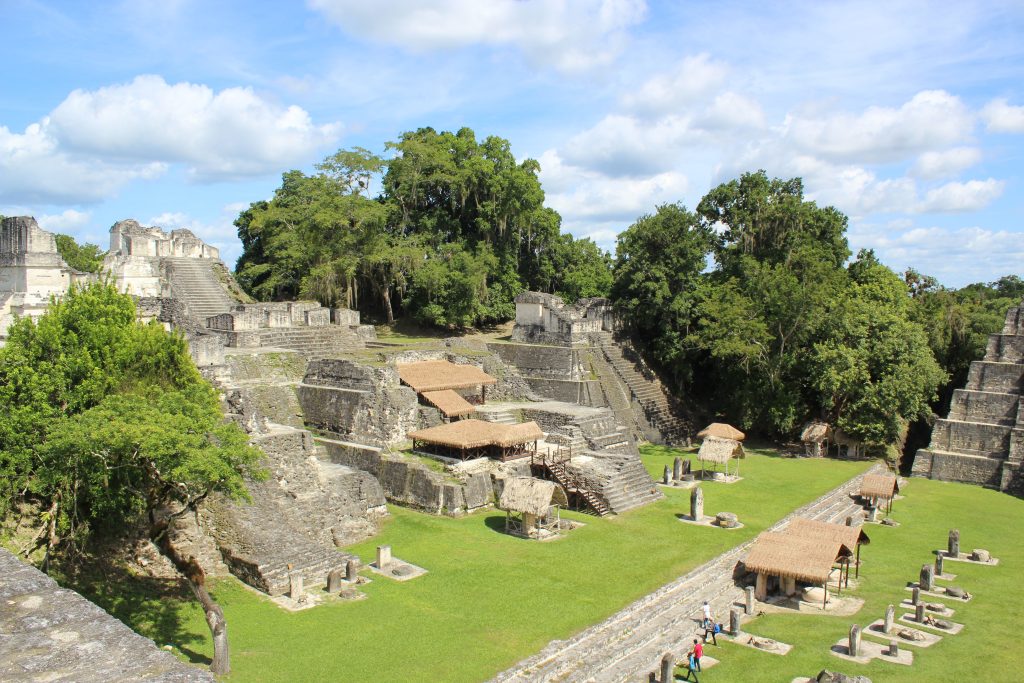 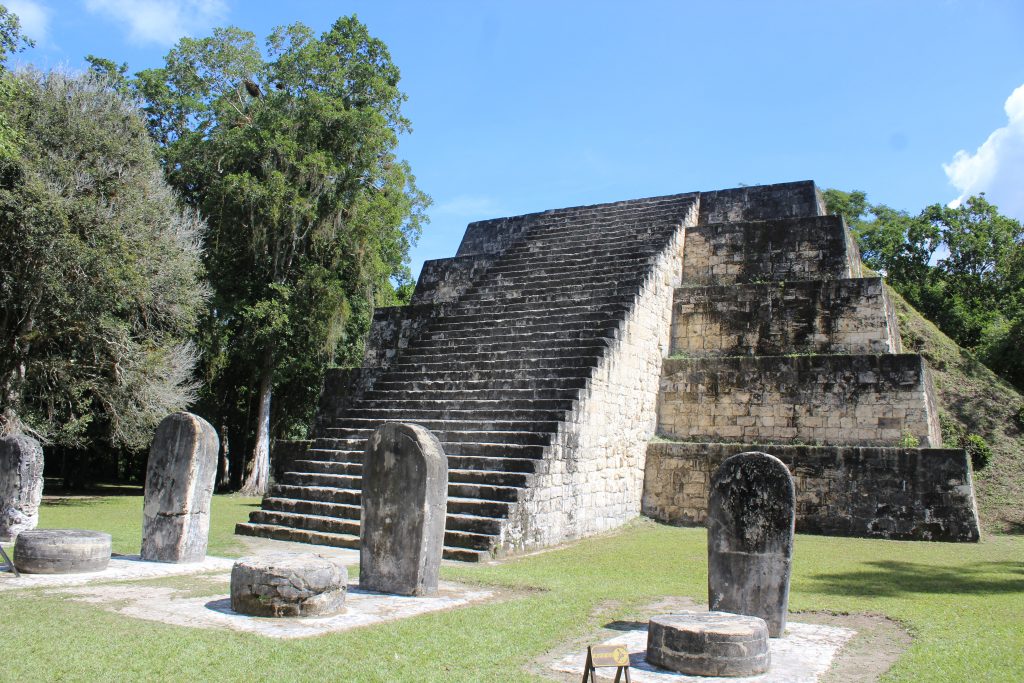 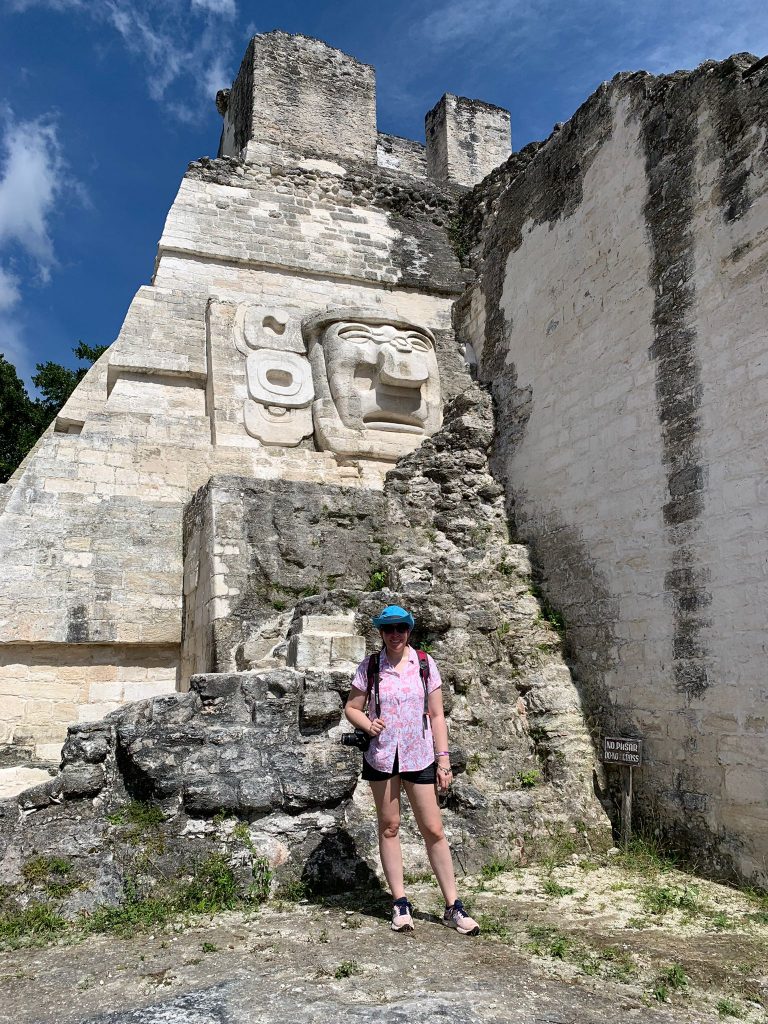 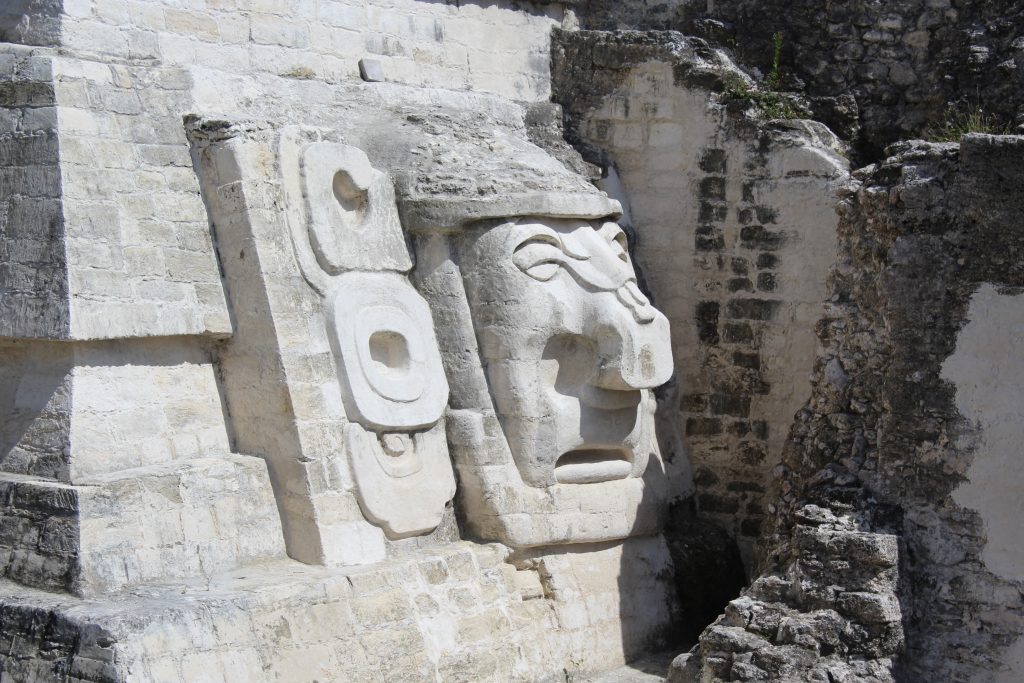 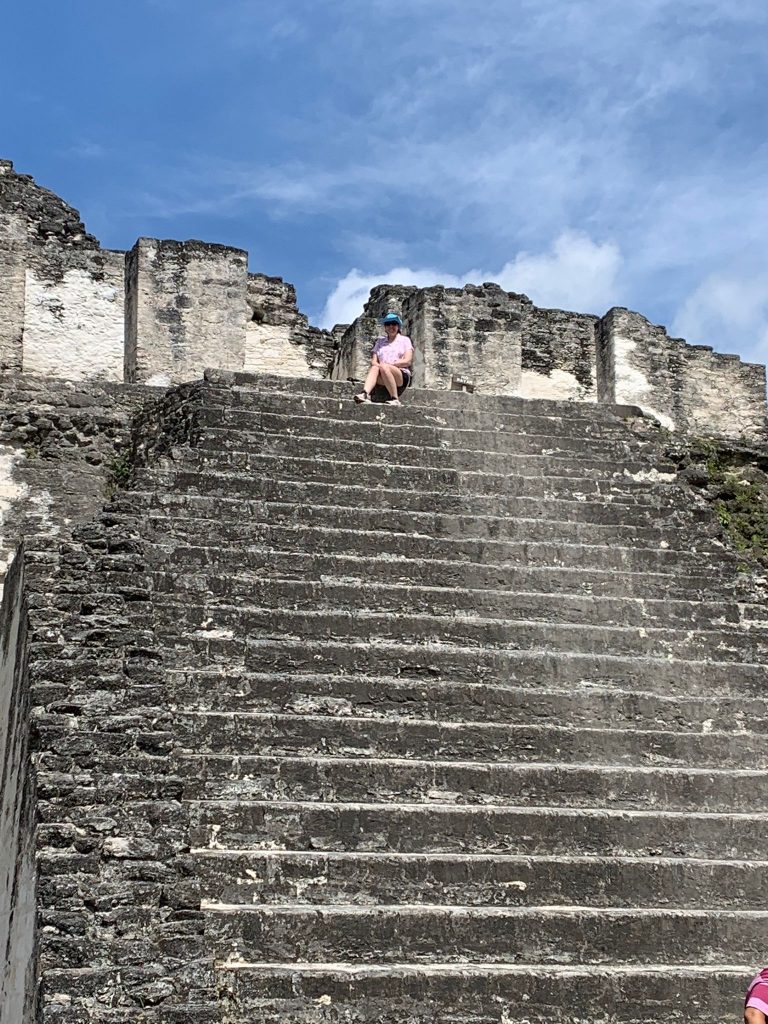 Temple 4  It was one of the tallest and most voluminous buildings in the Maya world. The pyramid was built around 741 AD. It is the second tallest pre-Columbian structure still standing in the New World. 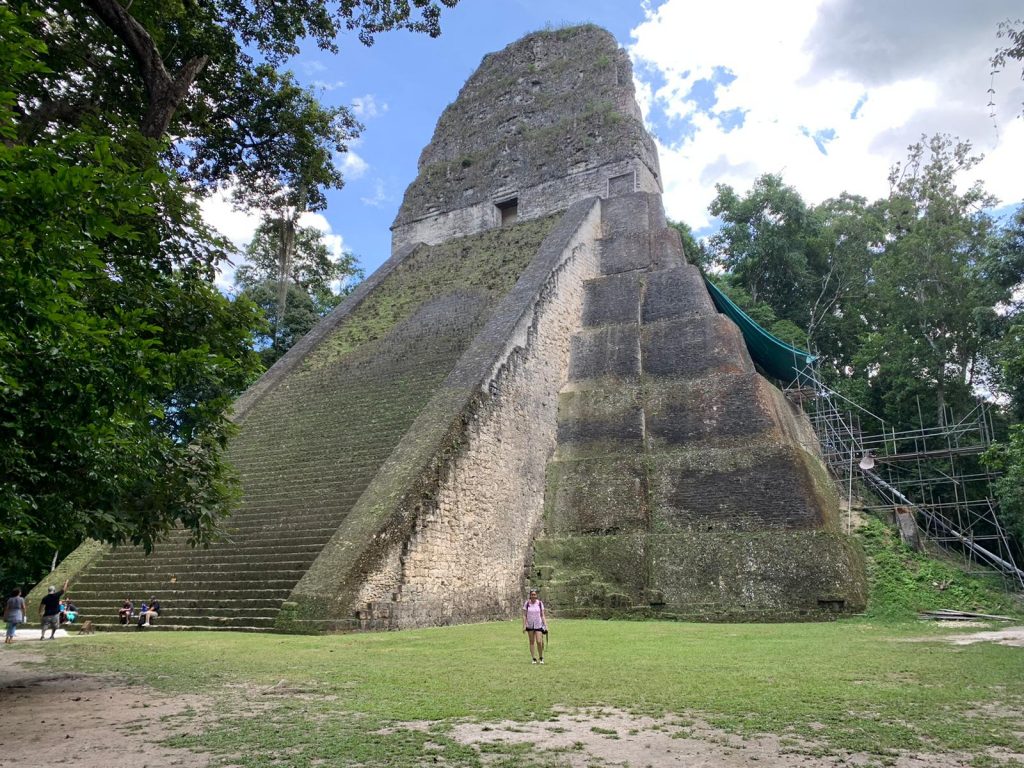 There were so many more structures in Tikal. The ones that I mention above where the largest. 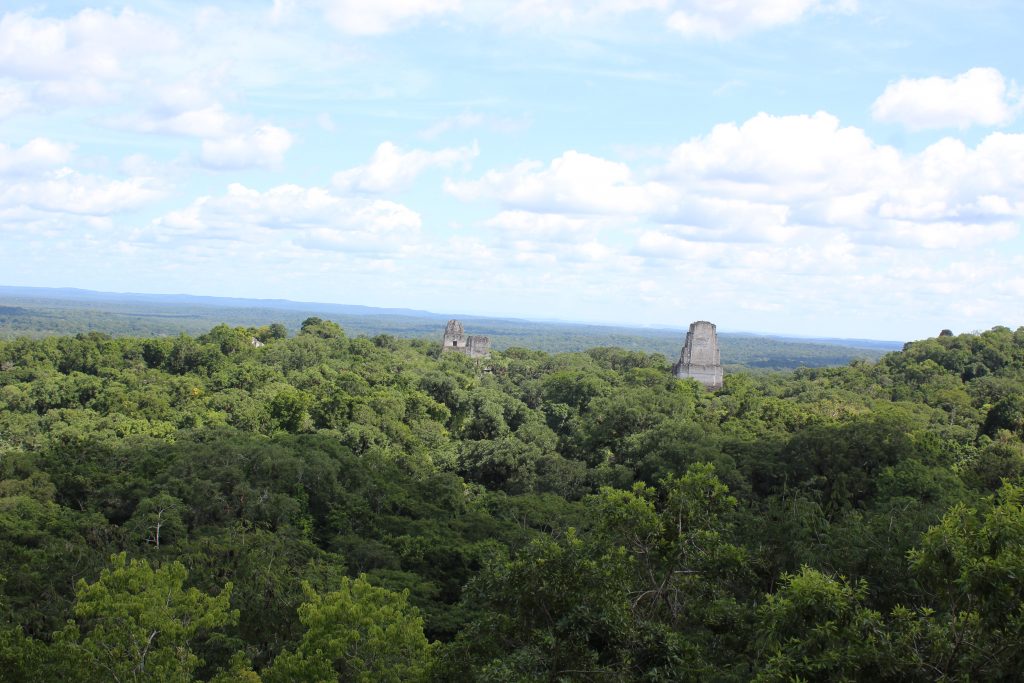 Many structures in Tikal are still unburied, the excavation of them is very slow and expensive. 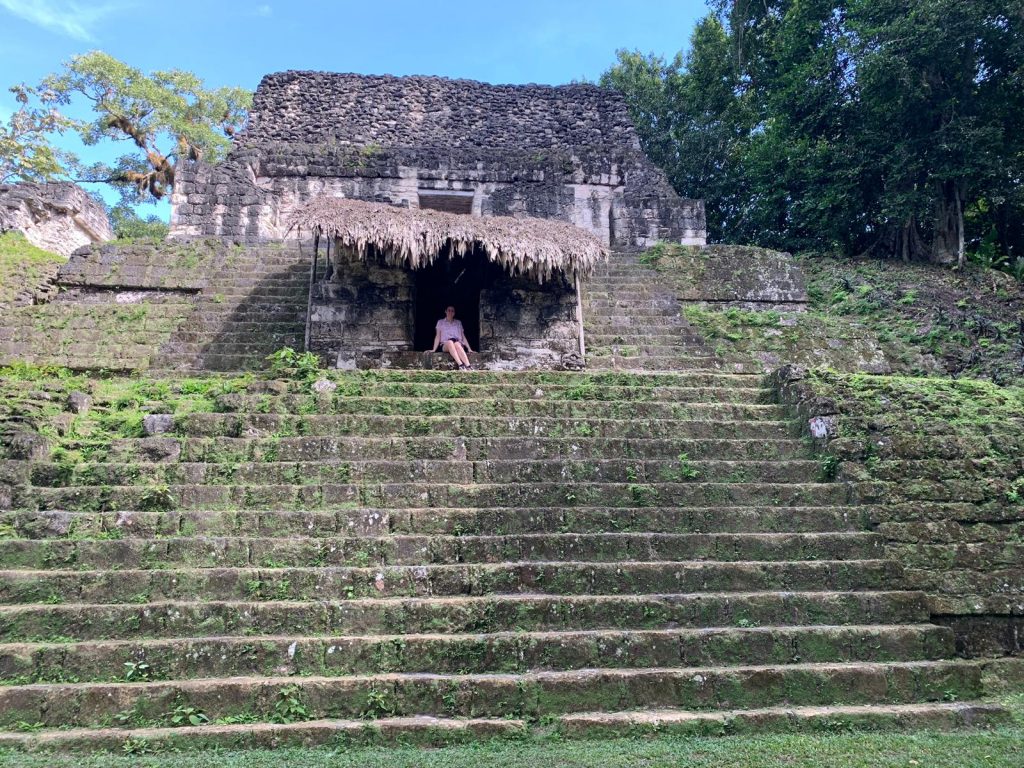 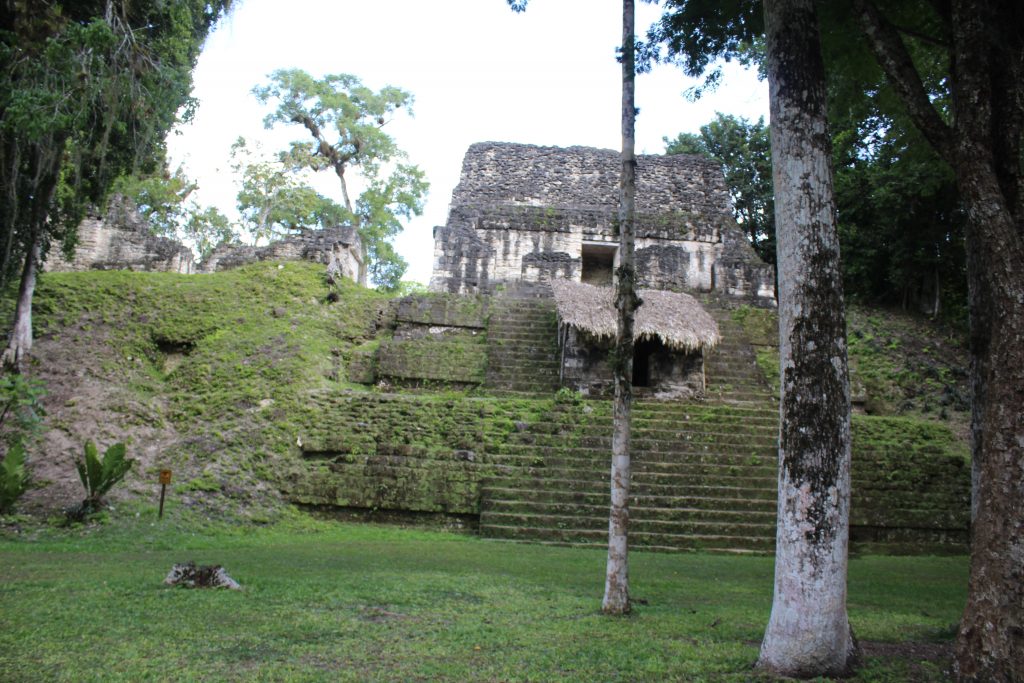 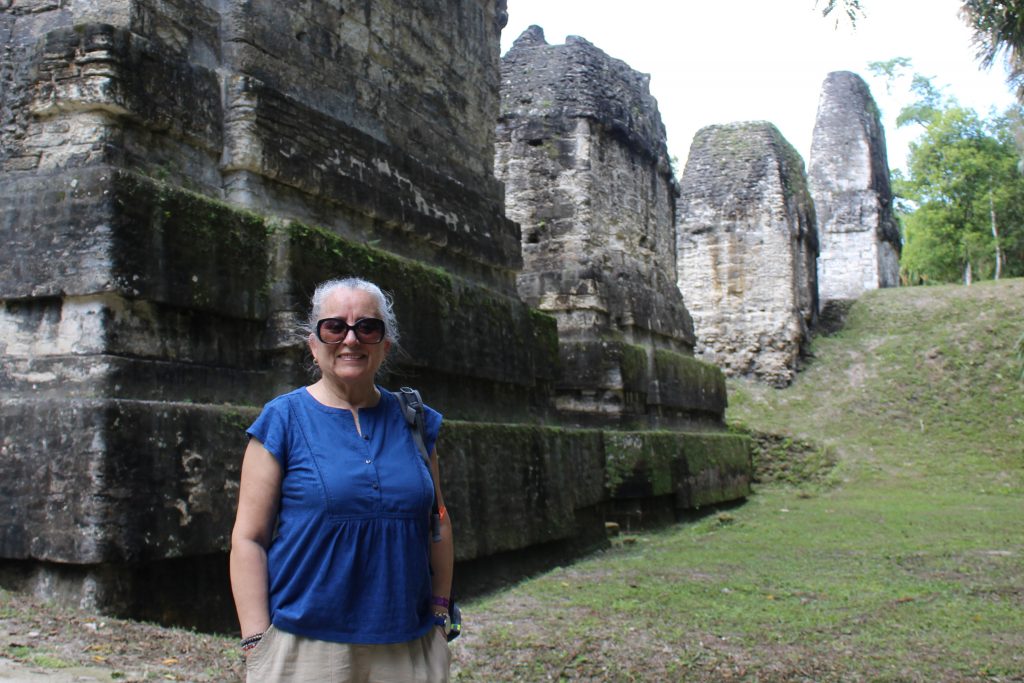 Is it worth visiting?  Yes!

When you learn about the Maya civilization most of the time people teach about Mexico, but Guatemala has so much to show. The tourism is not as develop as Mexico and Peru, which is great because you see things up close and not 10 ft away.

Most of the tourist that I observed in Tikal where from Guatemala and as the photos show there where not that many. Unlike Machupichu you can walk and not be surrounded by people. 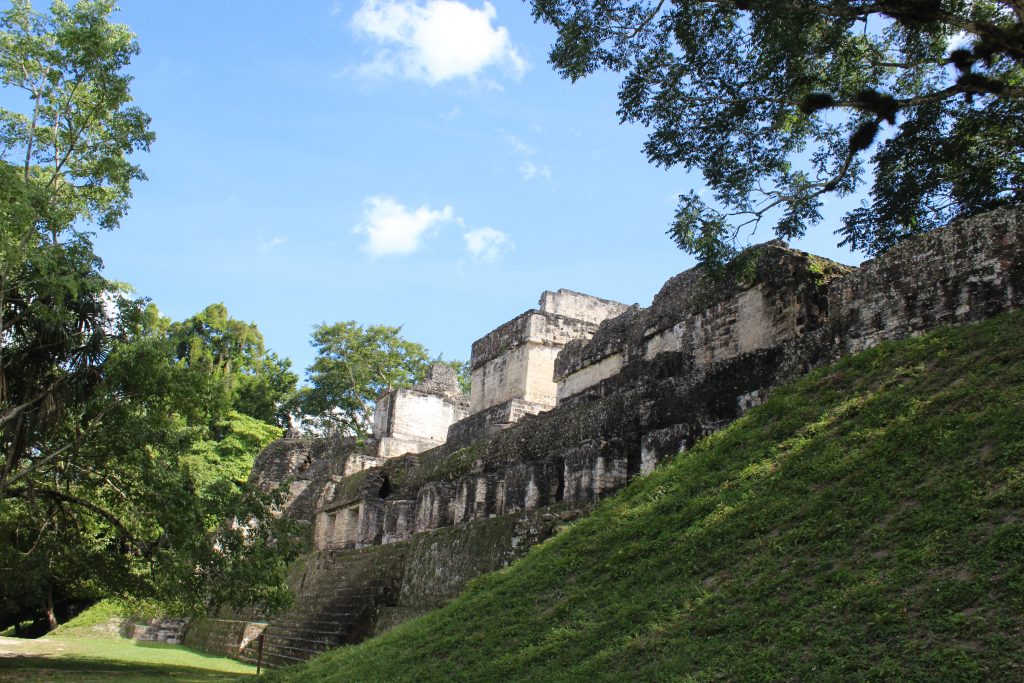 It was a great pleasure to walk, feel and see the history, to be in a place that there were no lines, fences, food stands and hotel companies advertising their new pool with a view to the ruins. 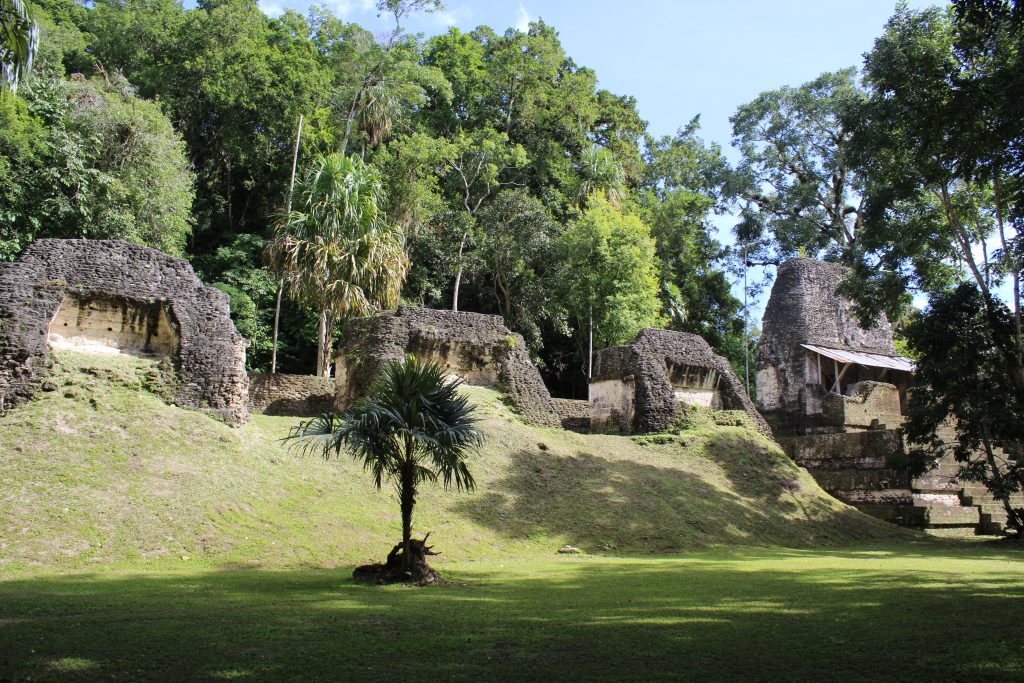 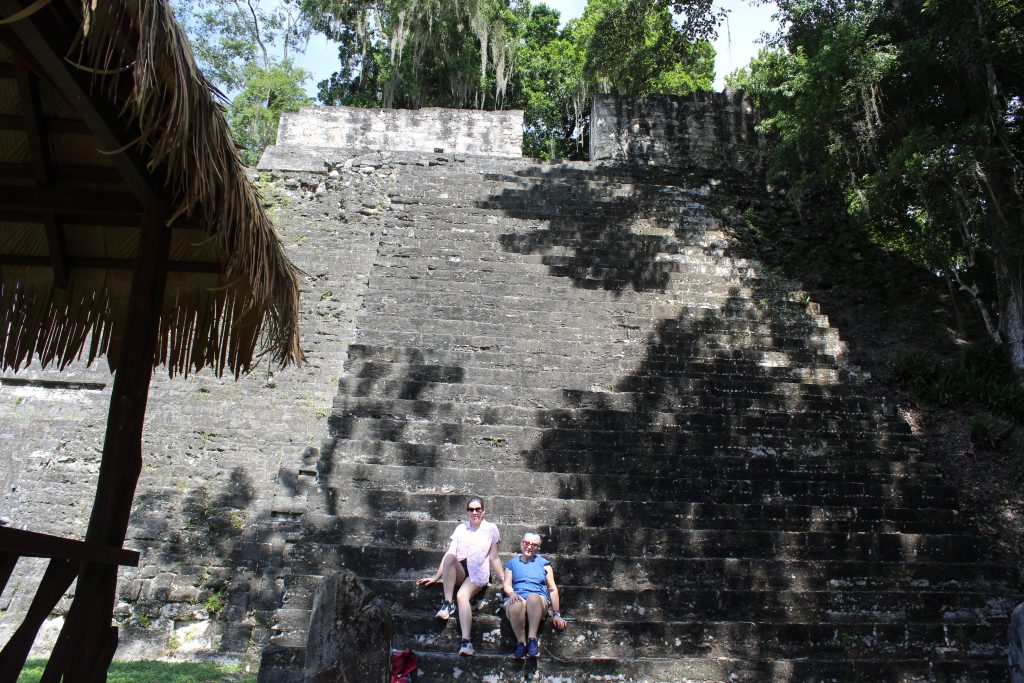 One thing to know is that there are so many stairs.