The Sleeper McCann House was the summer home of Henry Davis Sleeper, one of America’s first interior designer. 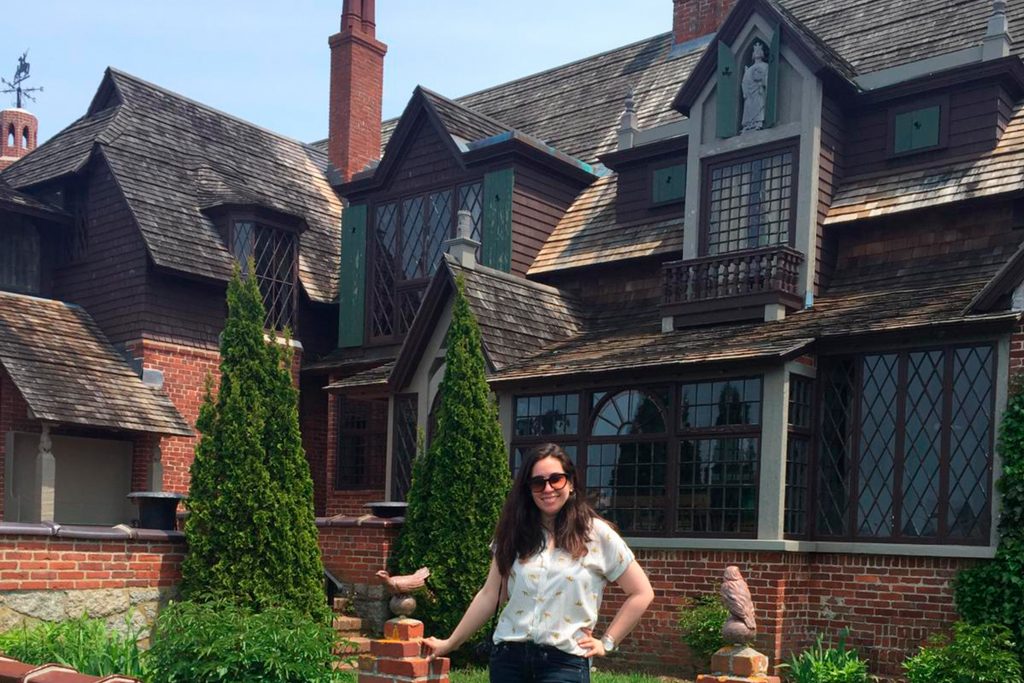 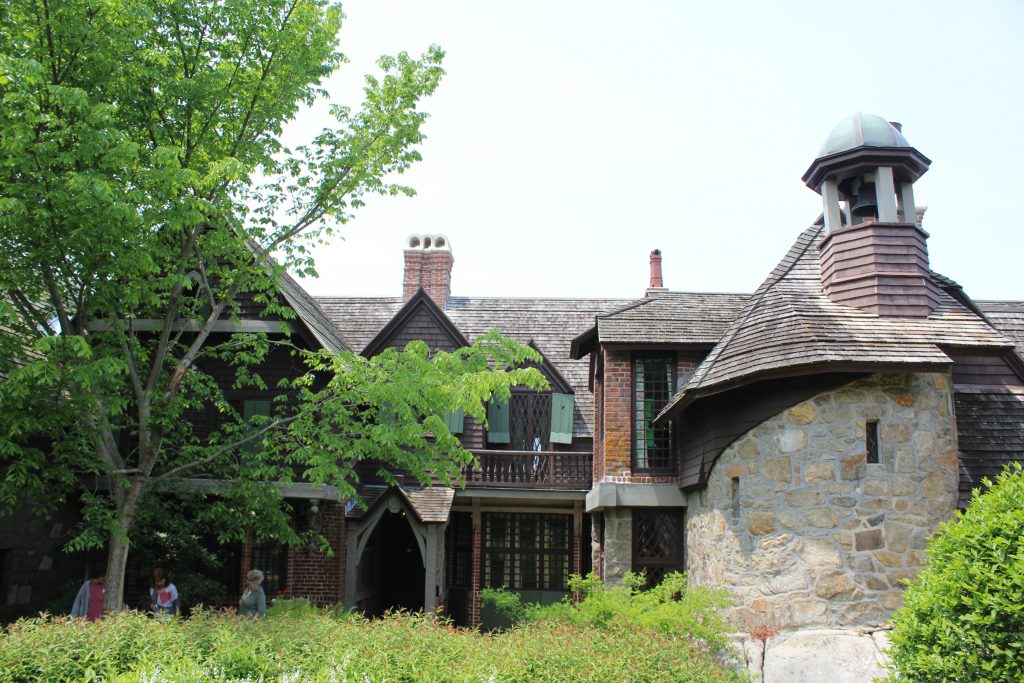 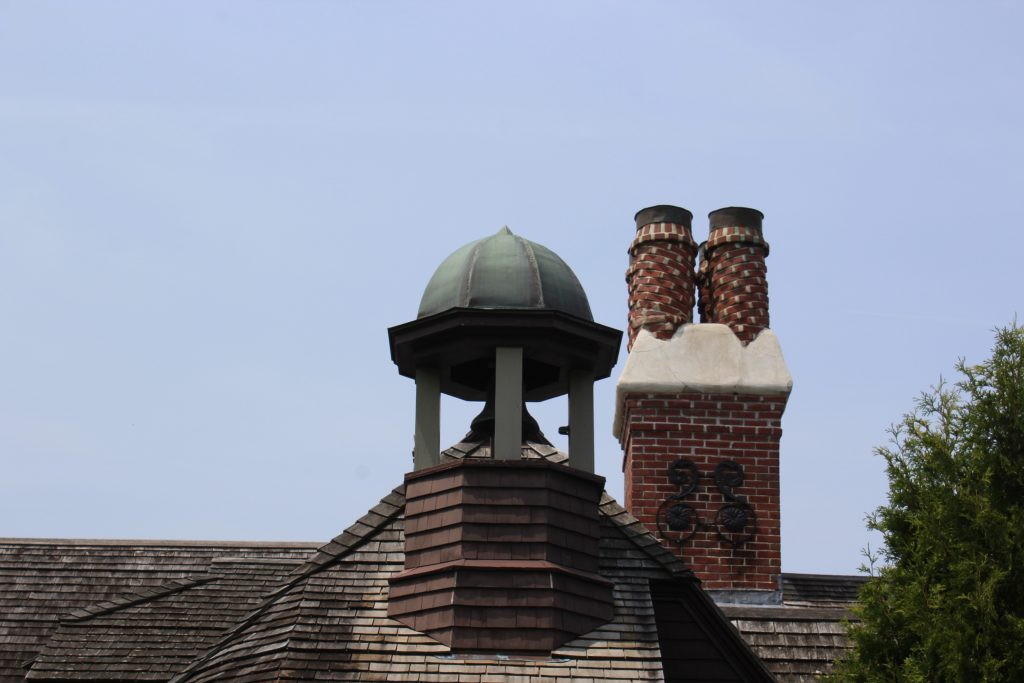 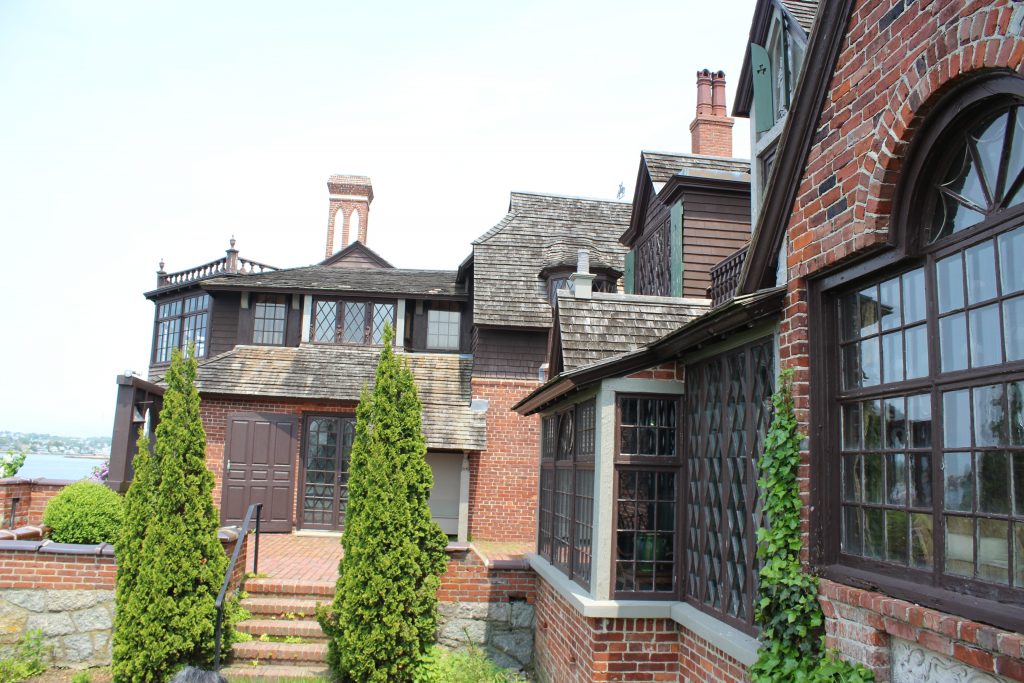 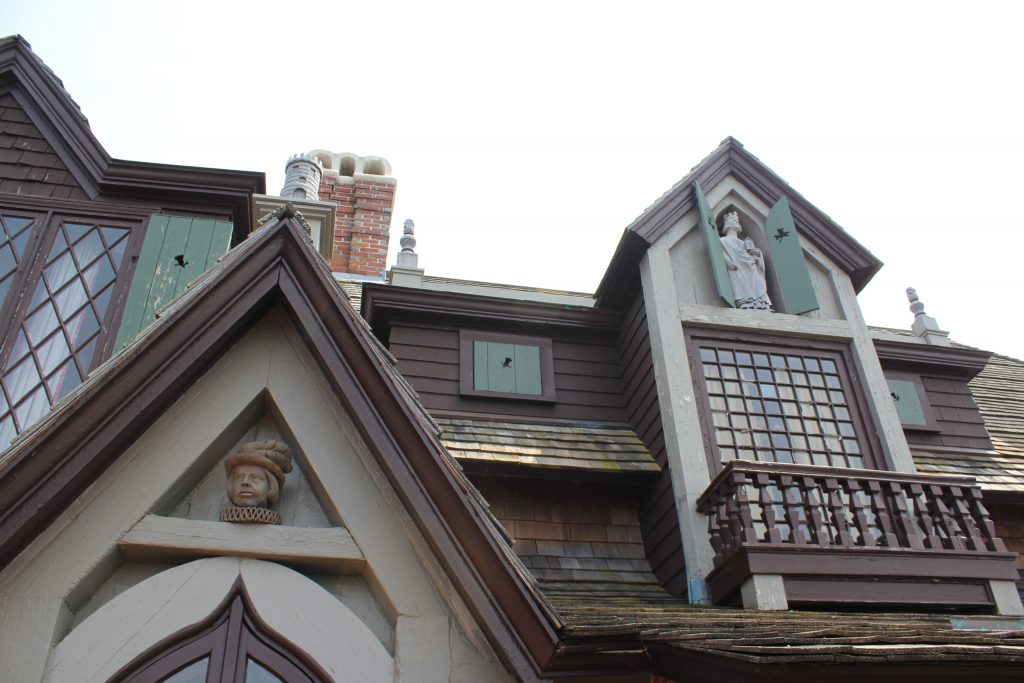 Until 1925 the house went through several expansions projects, a lot of times the additions were pieces of old buildings, including windows from a church in a gothic style, fire places and doors from Connecticut and an “Indian-repelling door” from Deerfield, Massachusetts between others.

The Pine Kitchen was decorated in a “Colonial Revival”or a post medieval English style, its has wood paneling throughout,  the beams are thick and without any treatment, the furniture, the appliances and the decorations call out the period.

Paul Revere Room  also called Chapel Chamber because of its ceiling and the windows, which shape is are very typical in a gothic church.

The Belfry Chamber is a floral dream.  The pattern used in the wall paper is called ‘Décor Chinois’, it was originally created in 1832 to mimic eighteenth century, hand-painted Chinese wallpapers. 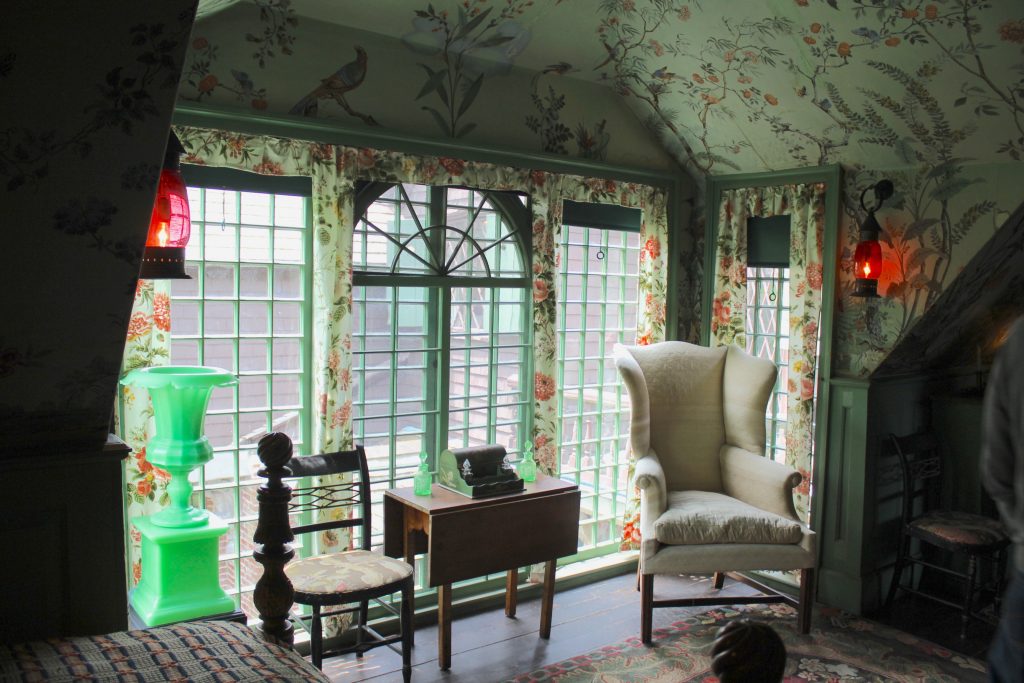 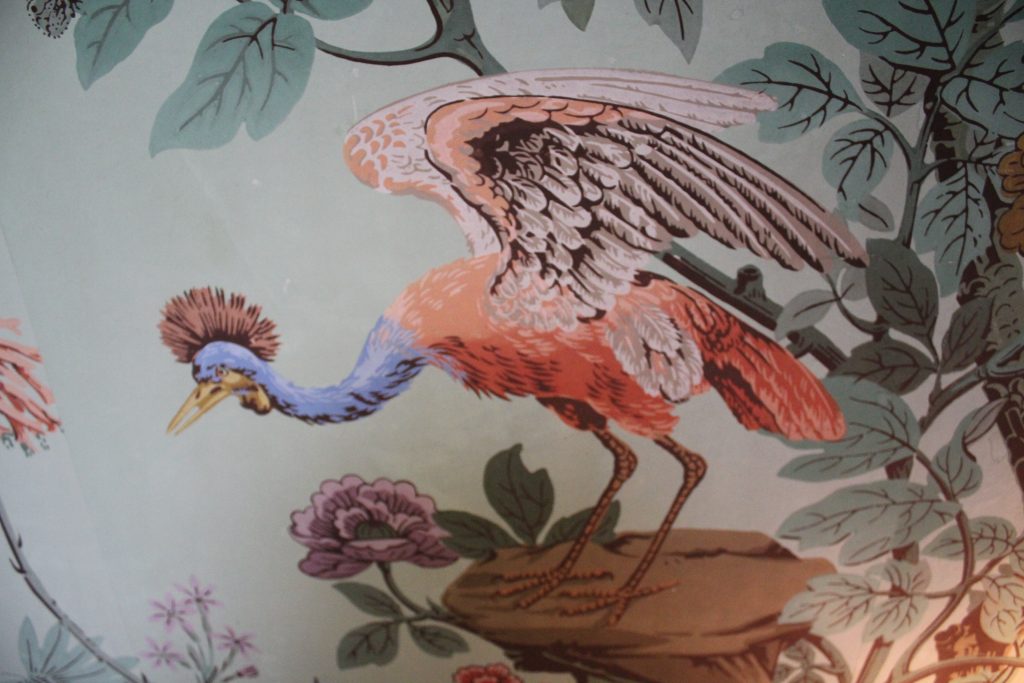 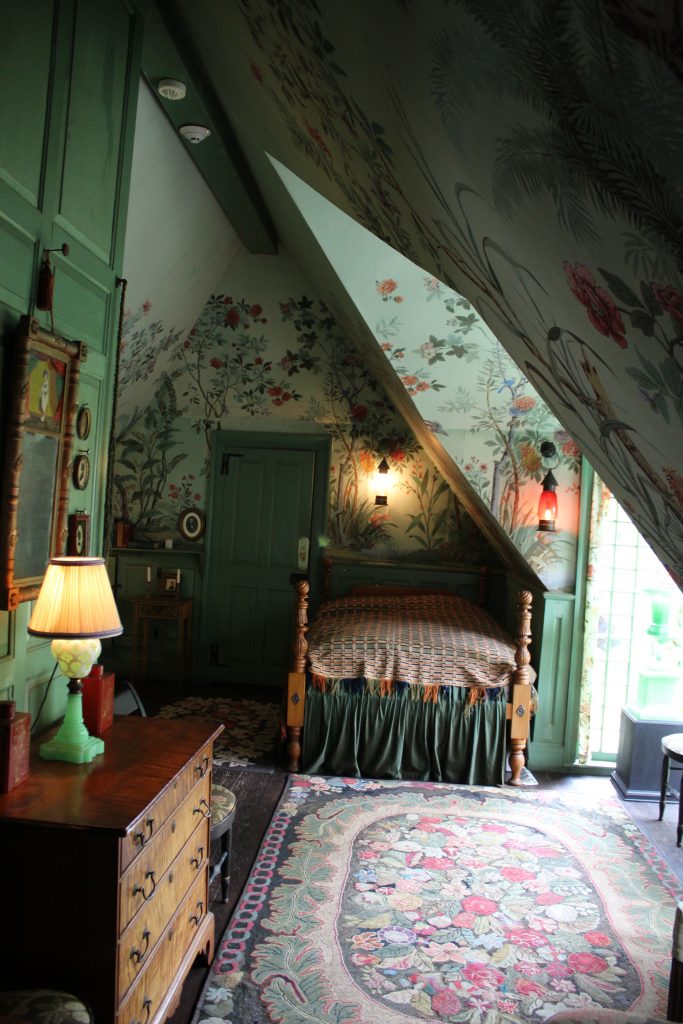 Master Bedroom, compared to the rest of the house is the most simple one when it comes to decoration. 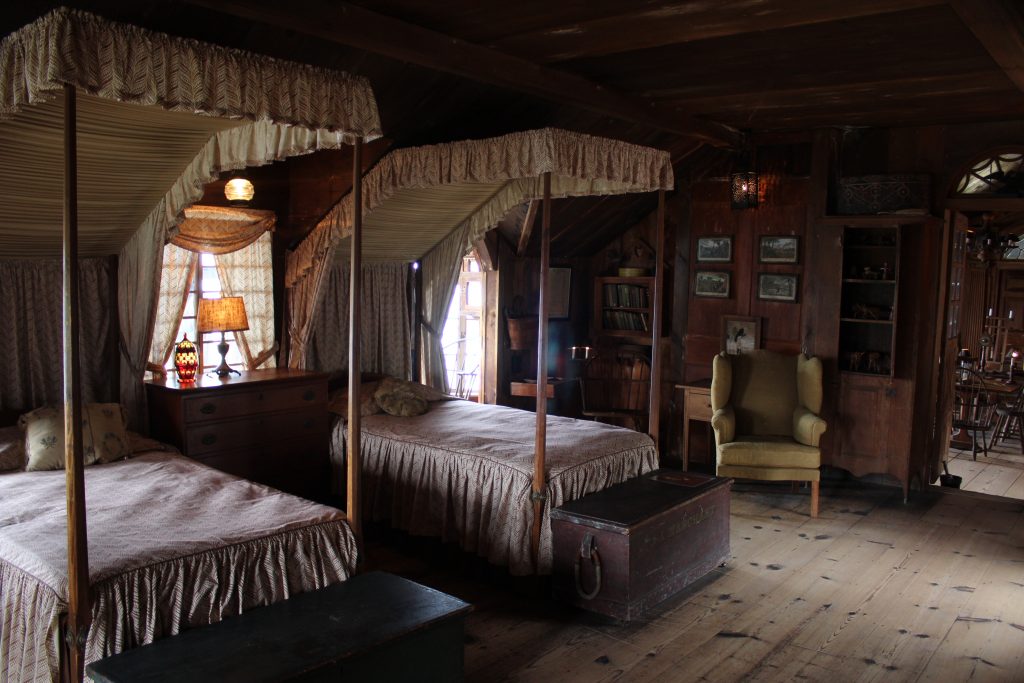 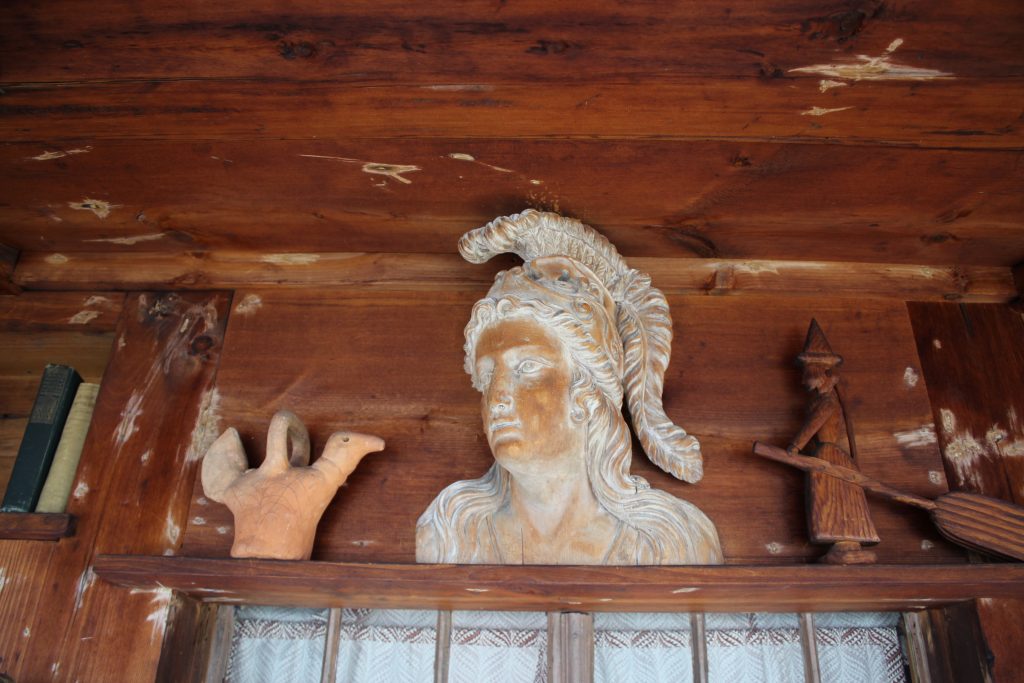 The Marine Room, its a large study next to the master bedroom.

Golden Step Dining room, this room is decorated in the 1920’s style, early art deco, the window looks out to the sea making it very bright. 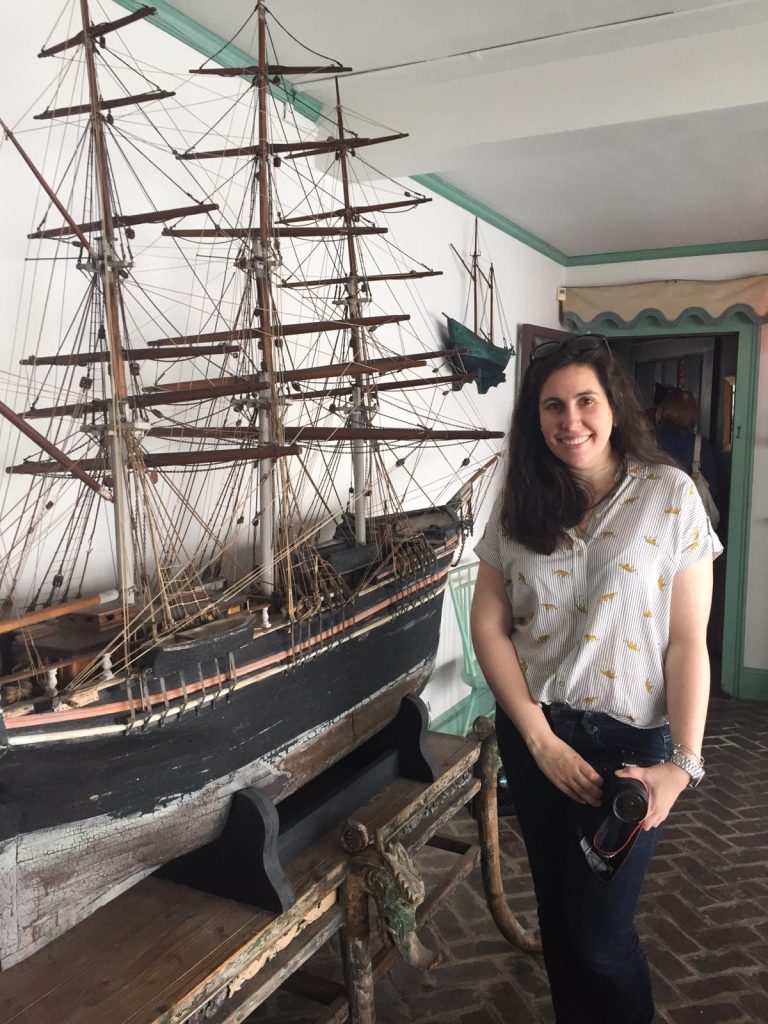 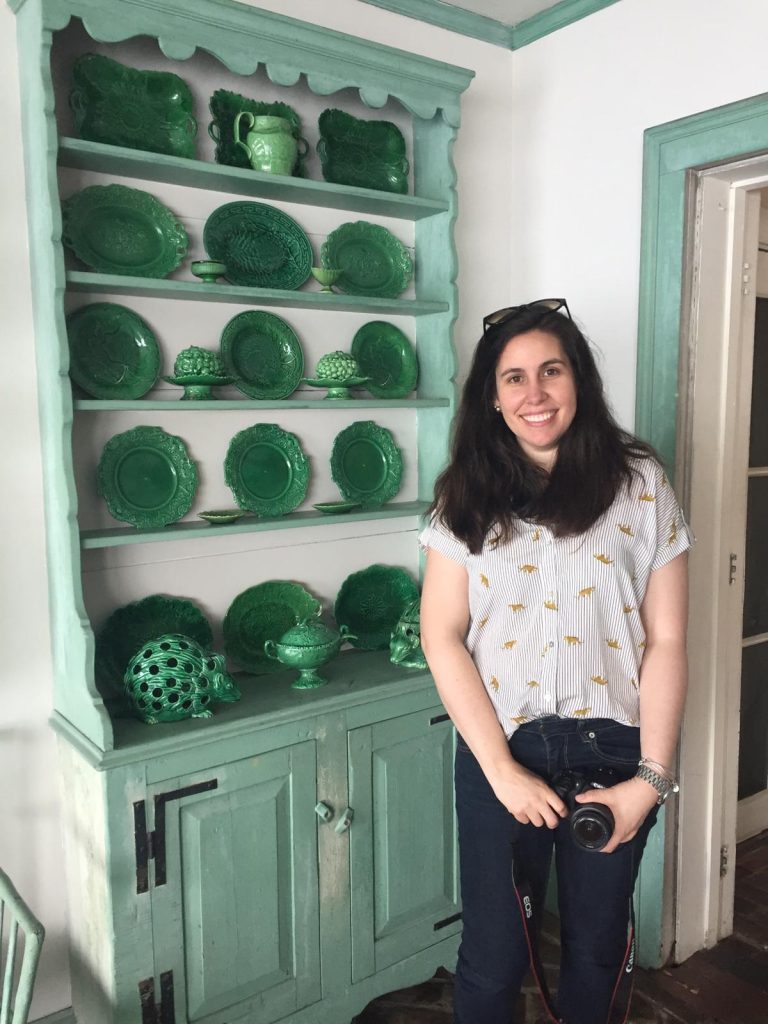 The Octagon  room. The number 8 appears in this room in many places, the number of walls, the sides of the table and the number of rugs and lamps.

The China Trade room, the hand painted wallpaper in this room is one of a kind, it was discovered in an attic in Marblehead. Each panel depicts a different activity.

After Sleeper’s death in September 22, 1934 Beauport was sold to Helena Woolworth McCann.  McCann preserved the house as it was; at her death, the house was inherited by her daughters from whose hands it passed into the care of Historic New England in 1942. 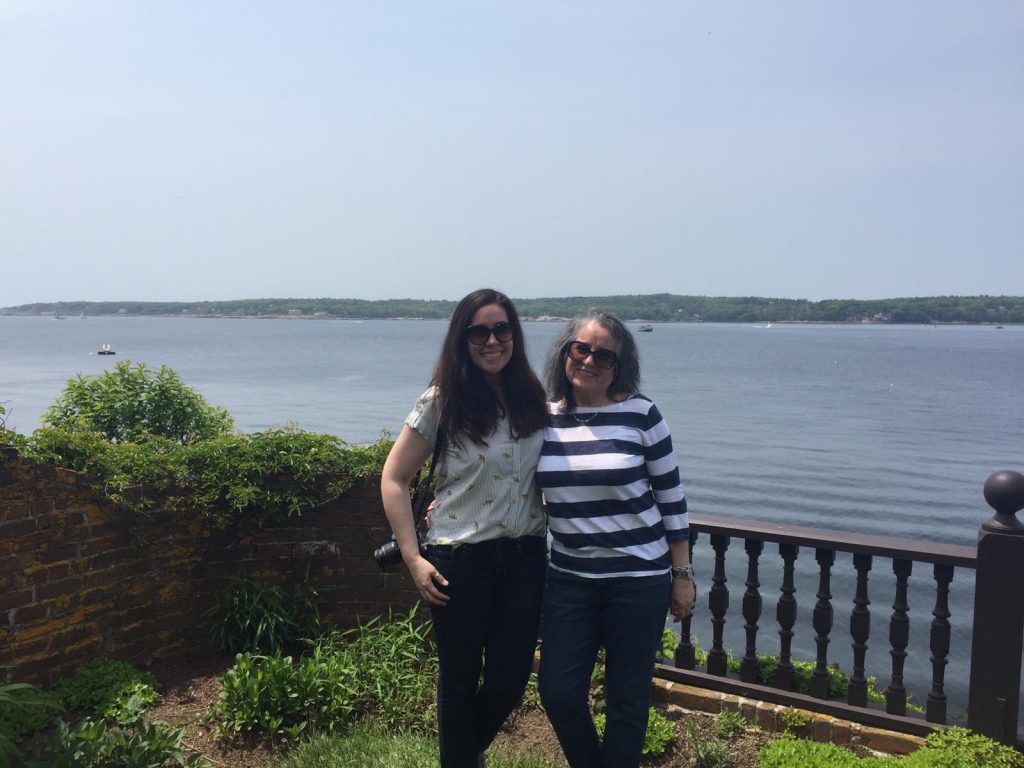