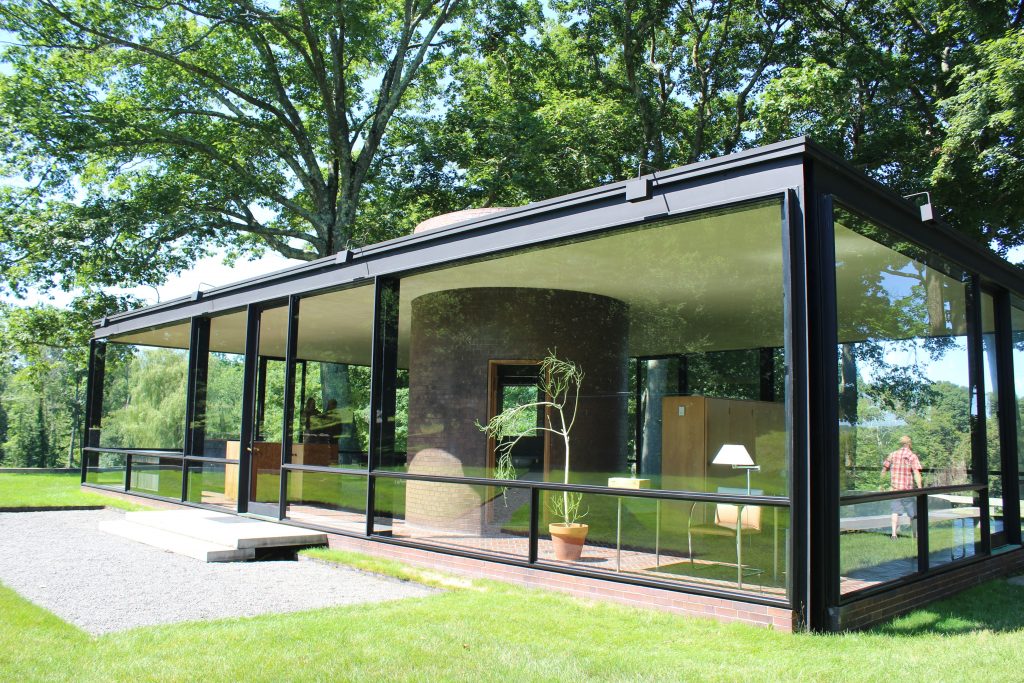 The Glass House is a historic house / museum built in 1948–49 designed by architect Philip Johnson as his own residence. 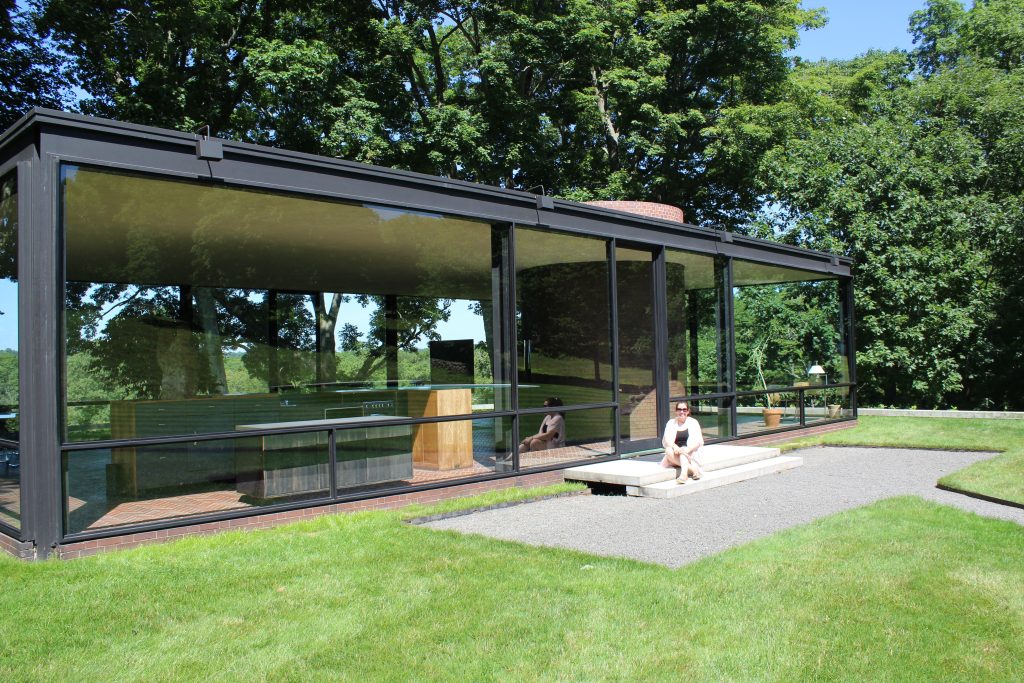 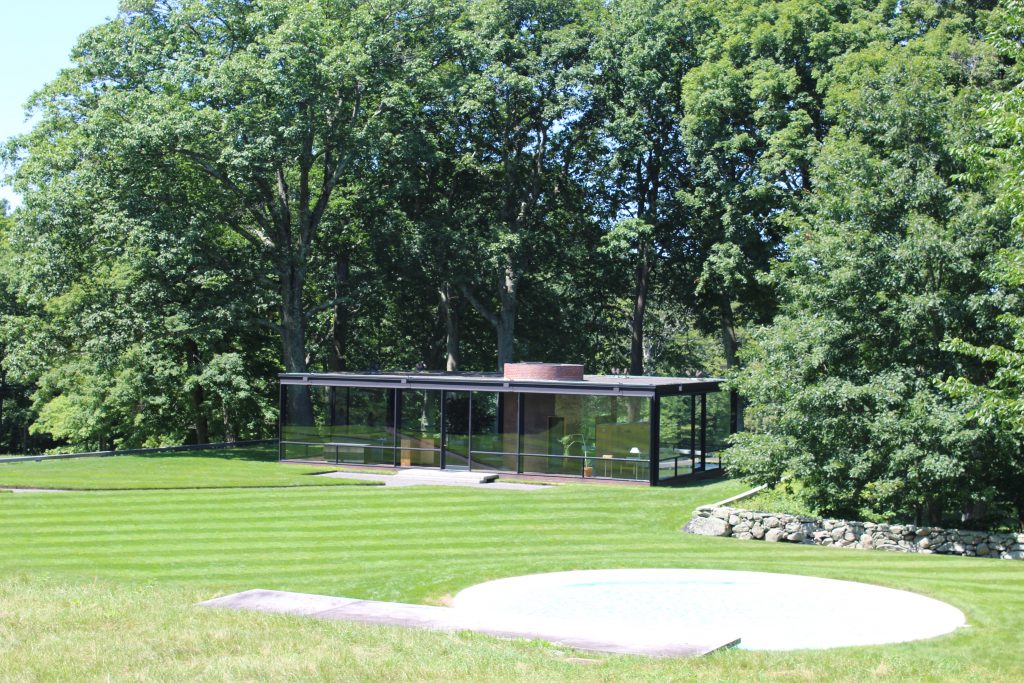 Johnson lived at this weekend retreat for 58 years with his longtime companion David Whitney. 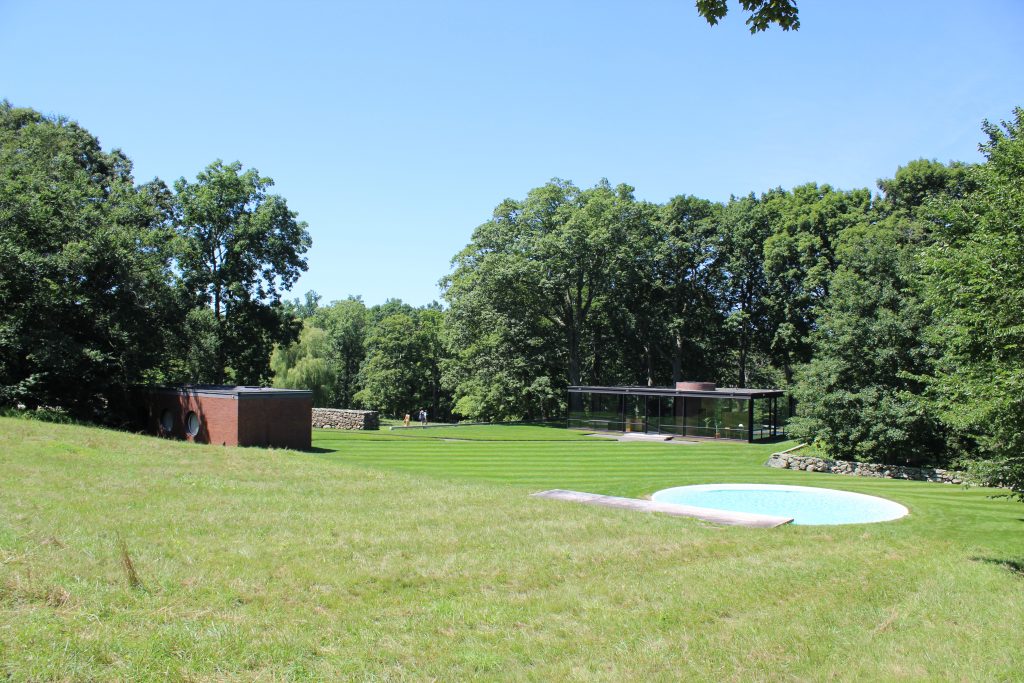 The house was inspired by the design of Mies van der Rohe’s Farnsworth House. The residency  contains several pieces of furniture designed by Mies.

Because the current pandemic only the grounds were open to visitors. Which did not affect much since its a see through house. There were not big groups, we were probably 7 people in the entire complex, so keeping the recommended 6 feet (or 30)  apart was not difficult. We were asked to keep our masks on us. 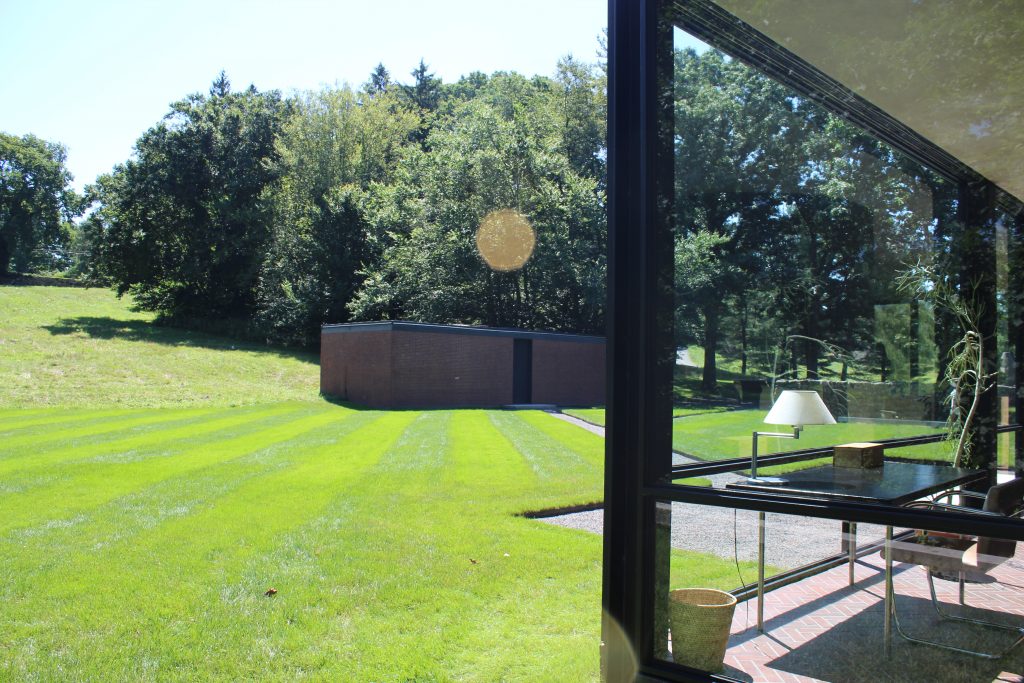 Serves as a guest house and the mechanic room for the main residency.

According to Philip Johnson, this series of round openings alludes to Filippo Brunelleschi’s fifteenth-century Duomo in Florence.

According to people Philip Johnson did not like to have visitors that much, however the longest and most recurrent guest was Andy Warhol. 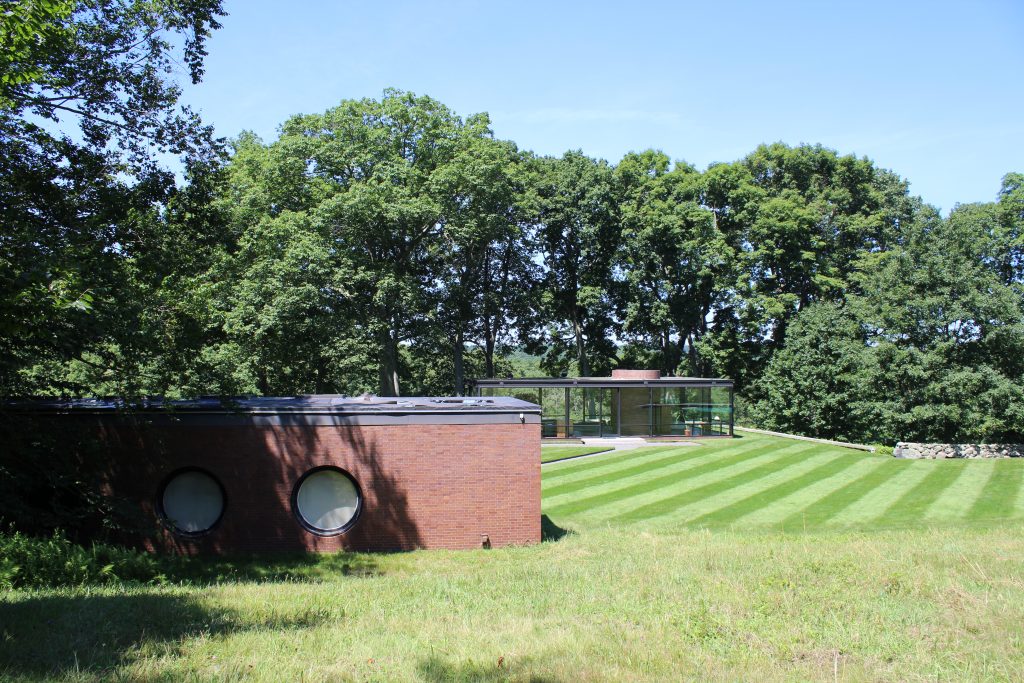 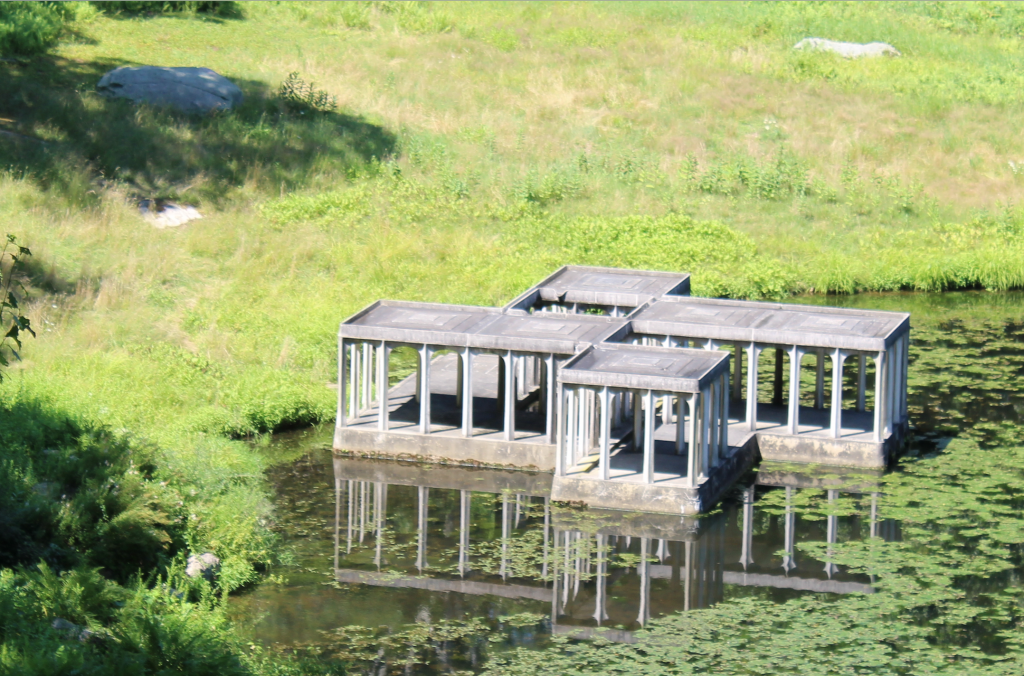 Constructed of pre-fabricated concrete arches and roof sections on a poured concrete base. 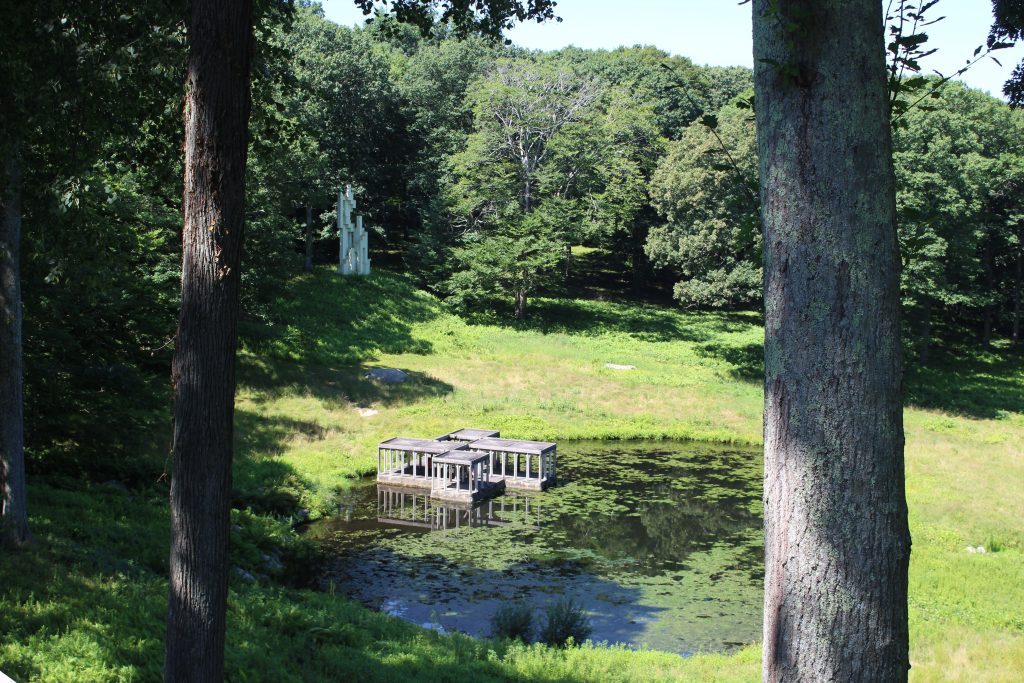 The Pavilion’s scaled down size plays with the viewer’s sense of perspective, making it seem further away than it actually is. 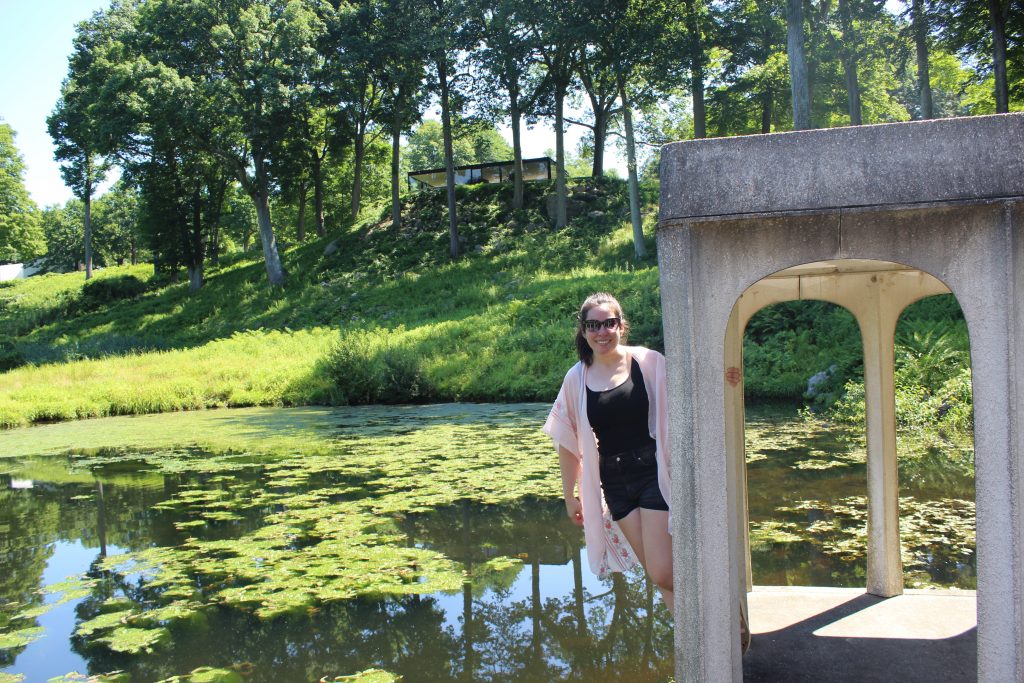 The exterior of the Gallery is a grass-covered mound, topped by a low parapet with a monumental stone entrance. The stone flanking the entrance is red sandstone. 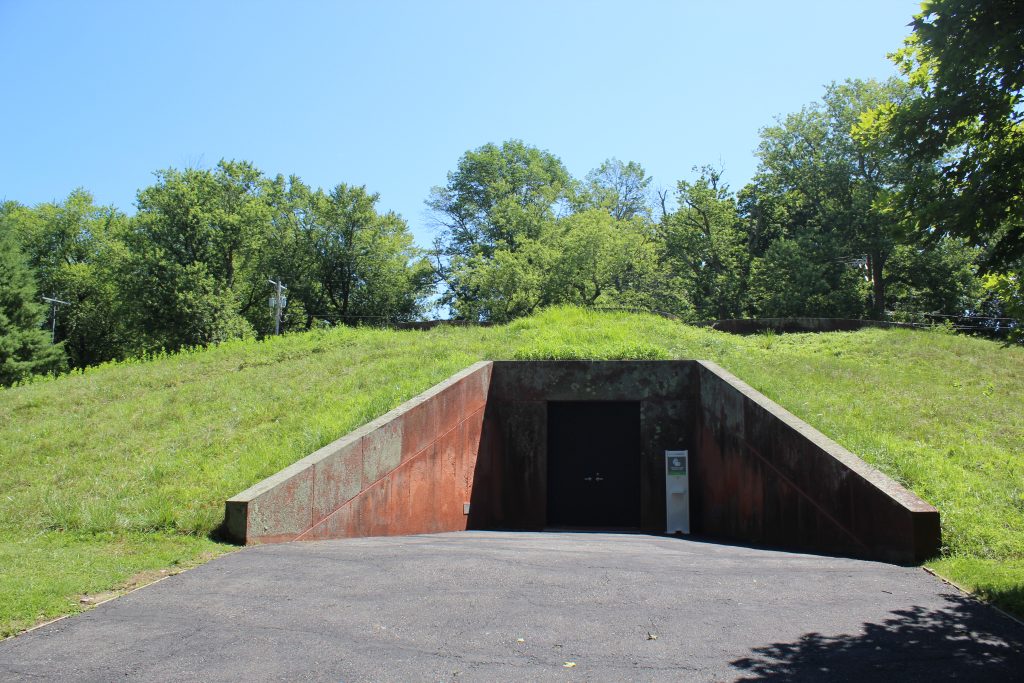 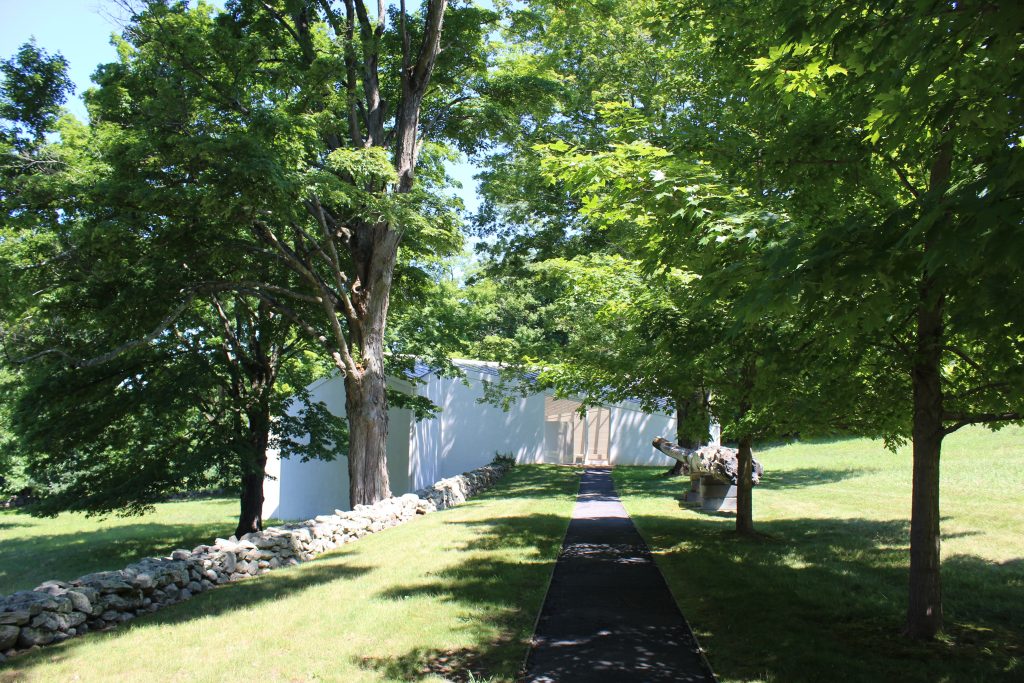 The structure so pleased Johnson that he seriously considered moving his residence from the Glass House to the Sculpture Gallery. 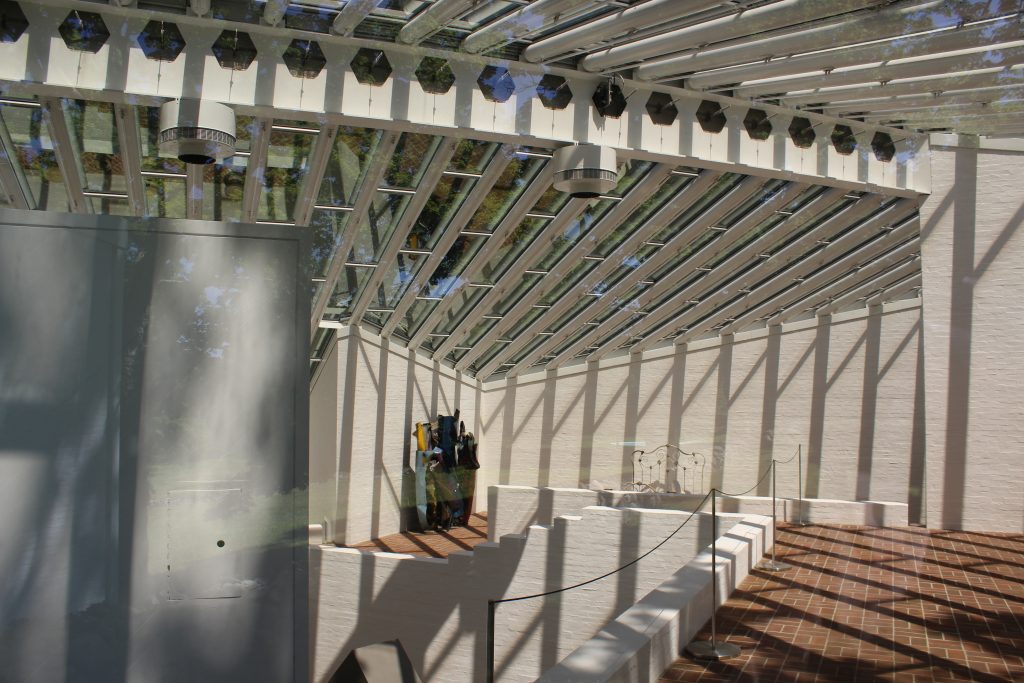 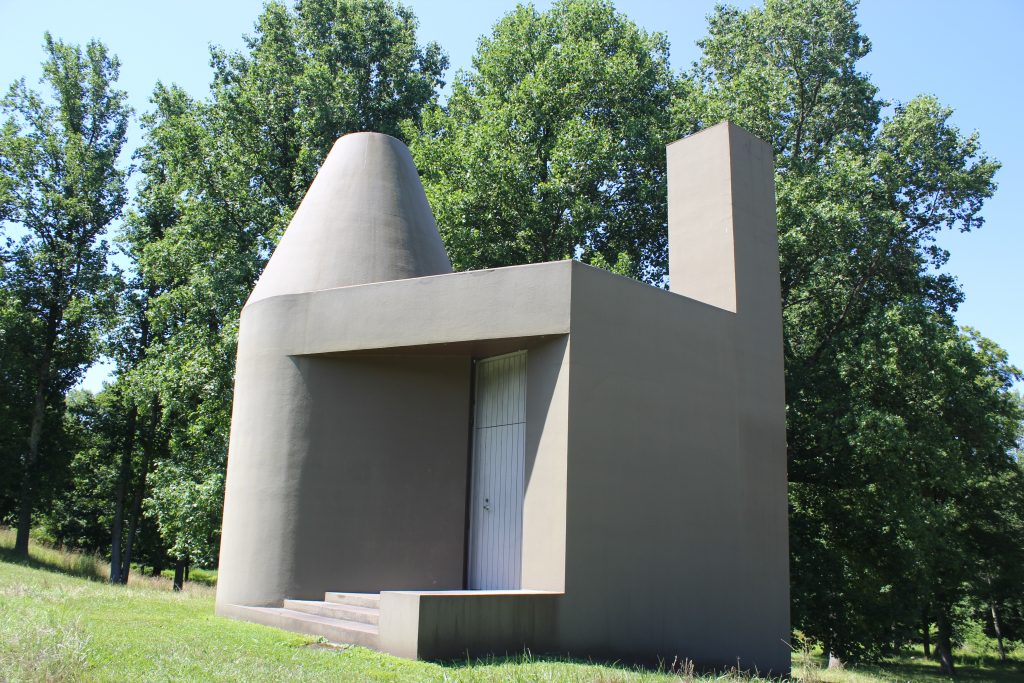 The interior walls are packed with bookcases filled with 1,400 volumes on architecture. The studio is one room space with a fireplace and no bathroom. 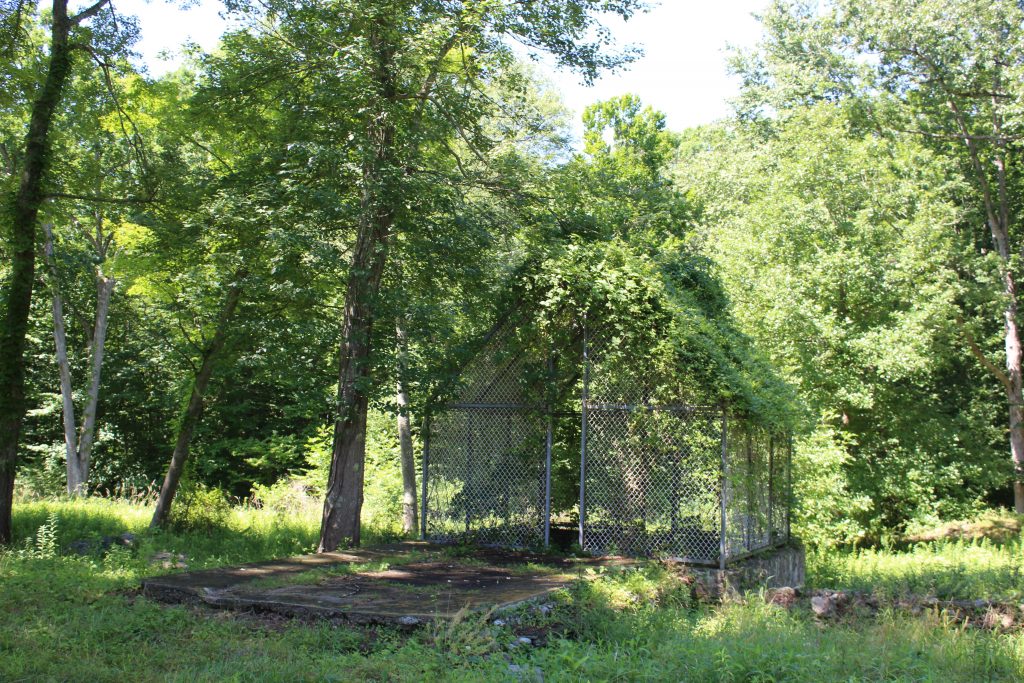 Philip Johnson described this construction as “the spirit of a classical house.” It was built at the height of his interest in postmodernism, a style that, among other things, celebrated traditional forms. 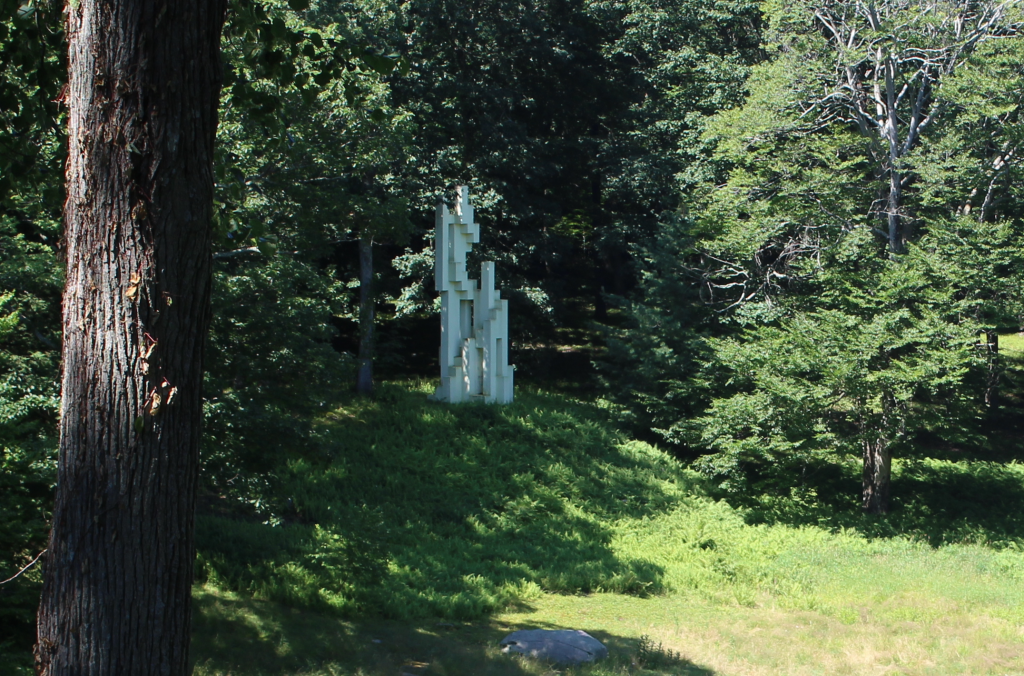 The tower (named for Johnson’s friend Lincoln Kirstein), which is 30 feet high, is to be viewed and scaled. The proportion of the steps are designed to foster a sense of imbalance. 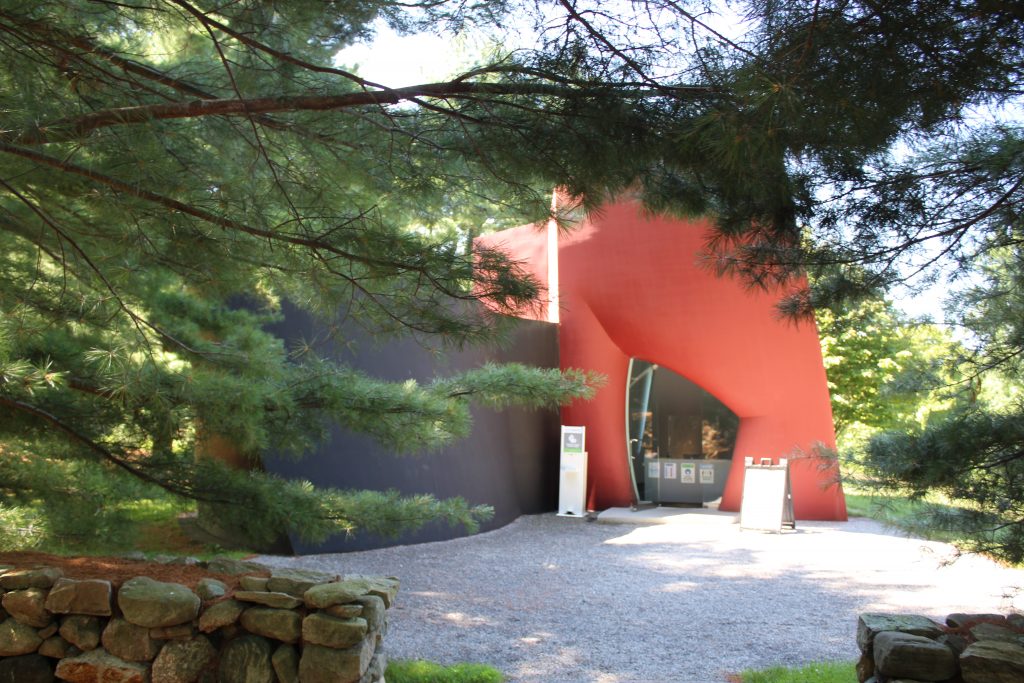 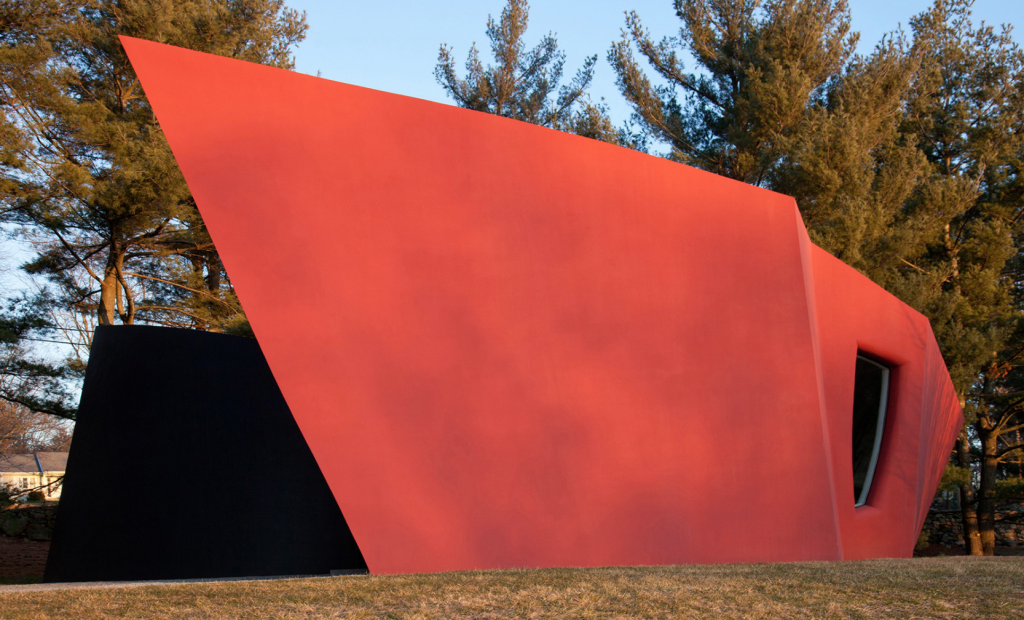 constructed of modified gunnite, is the closest to Johnson’s thinking about sculpture and form at the end of his life.

The name of the building is an adaptation of the “monster,” a phrase for the building that resulted from a conversation with architecture critic Herbert Muschamp. Johnson felt the building had the quality of a living thing. 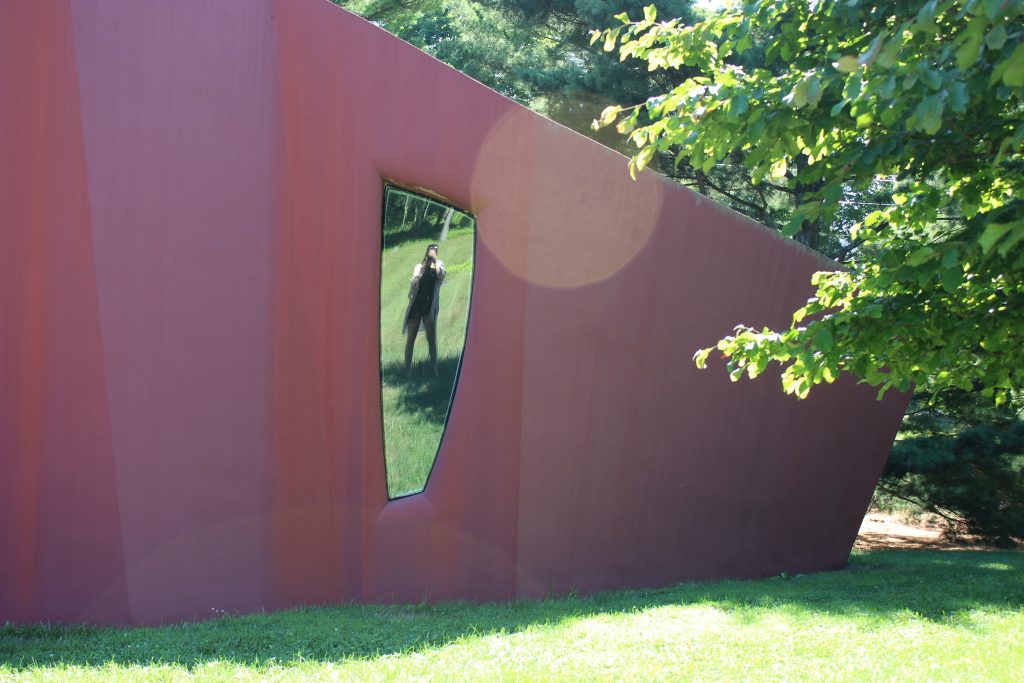 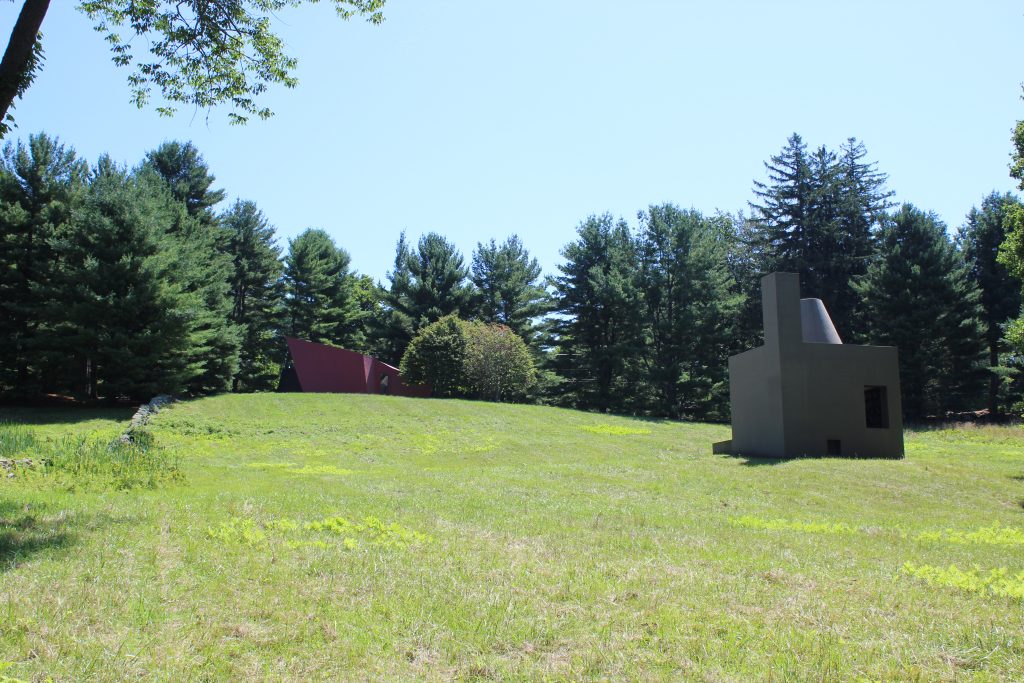 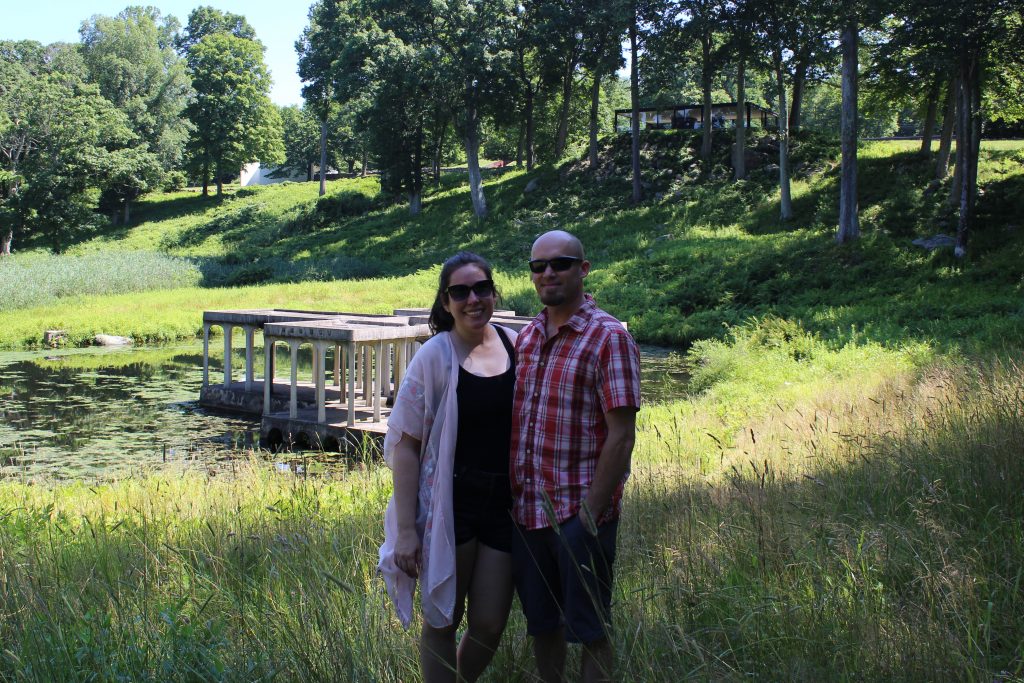