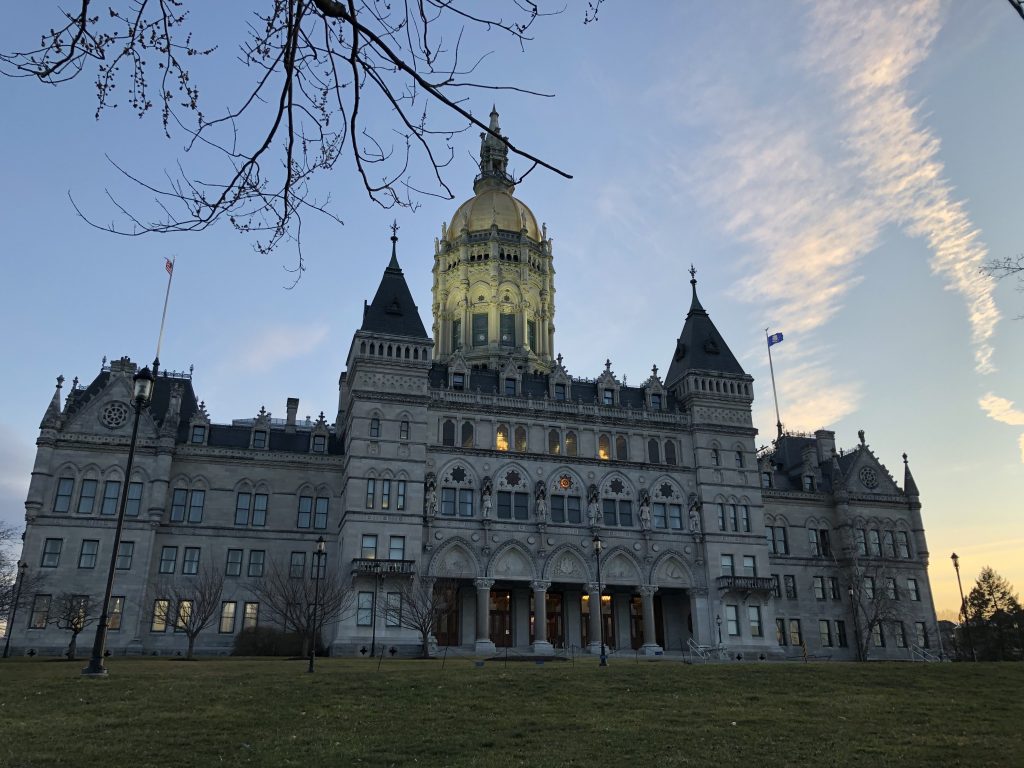 The State Capitol was design in the  Eastlake Style or Eastlake architecture which is part of the Queen Anne style of Victorian architecture.

The building’s ornately decorated facades display statuary and include several statues, medallions and carved tympana over the doors. 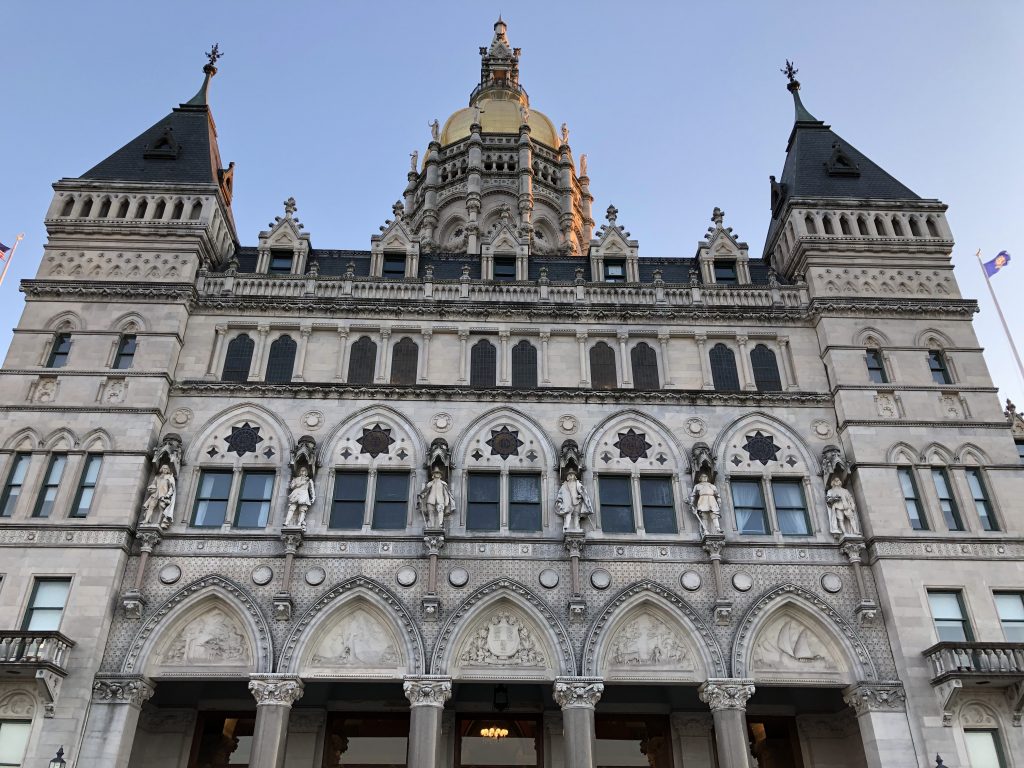 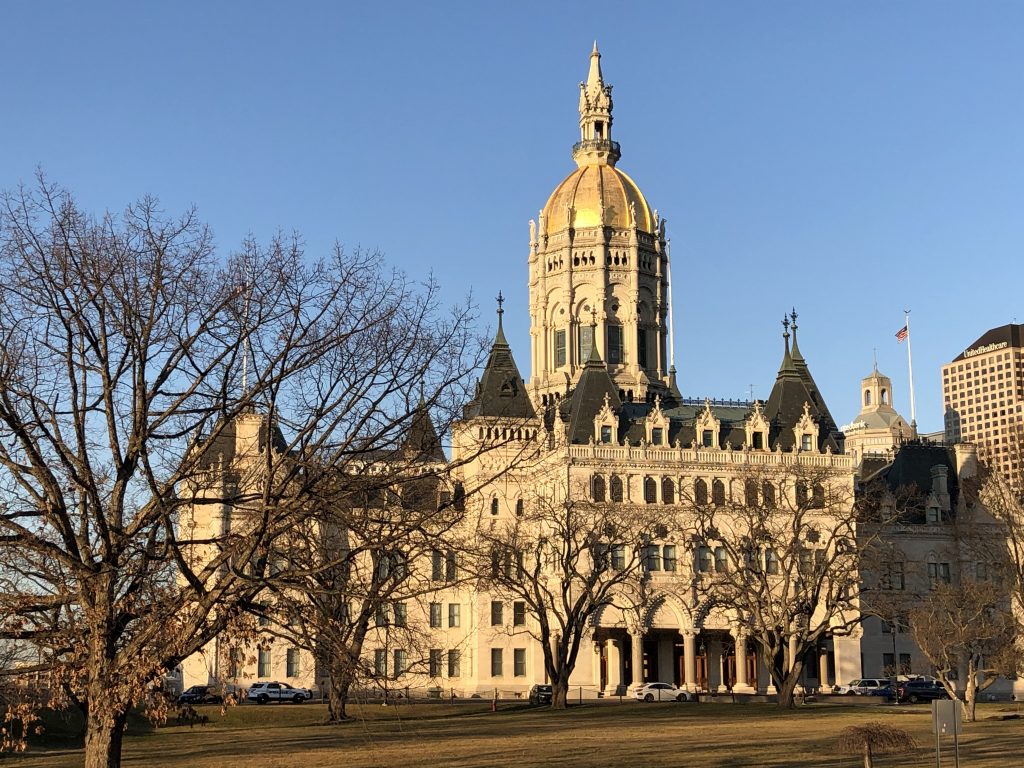 At the exterior base of the dome are 12 statues in six pairs representing Agriculture, Commerce, Education/Law, Force/War, Science/Justice, and Music. 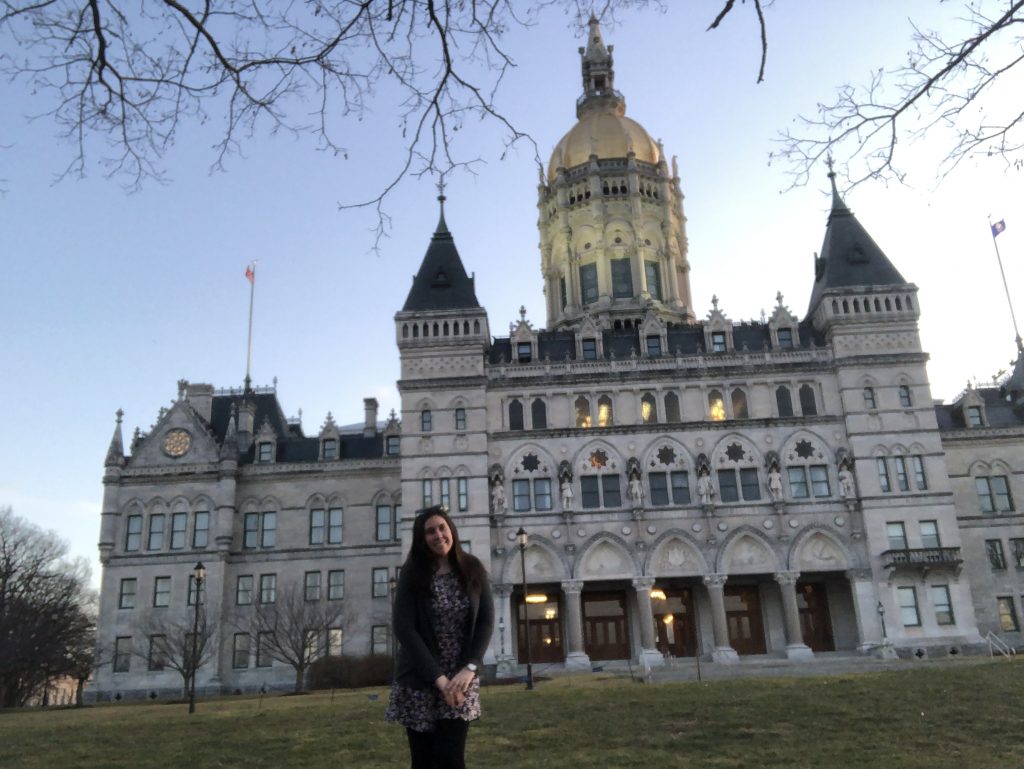 The building’s dome originally had a large statue on top of it, named The Genius of Connecticut, which was taken down in 1938 after being damaged in the great hurricane of that year

The interior floors used white marble and red slate from Connecticut, and some of the colored marble is from Italy. 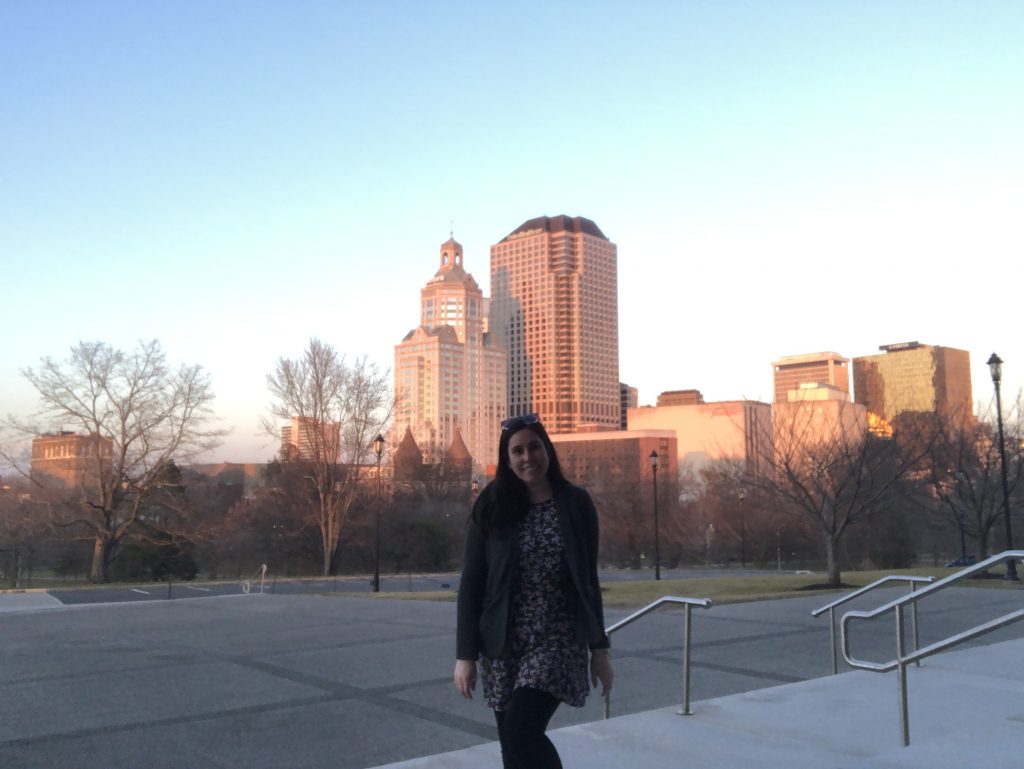