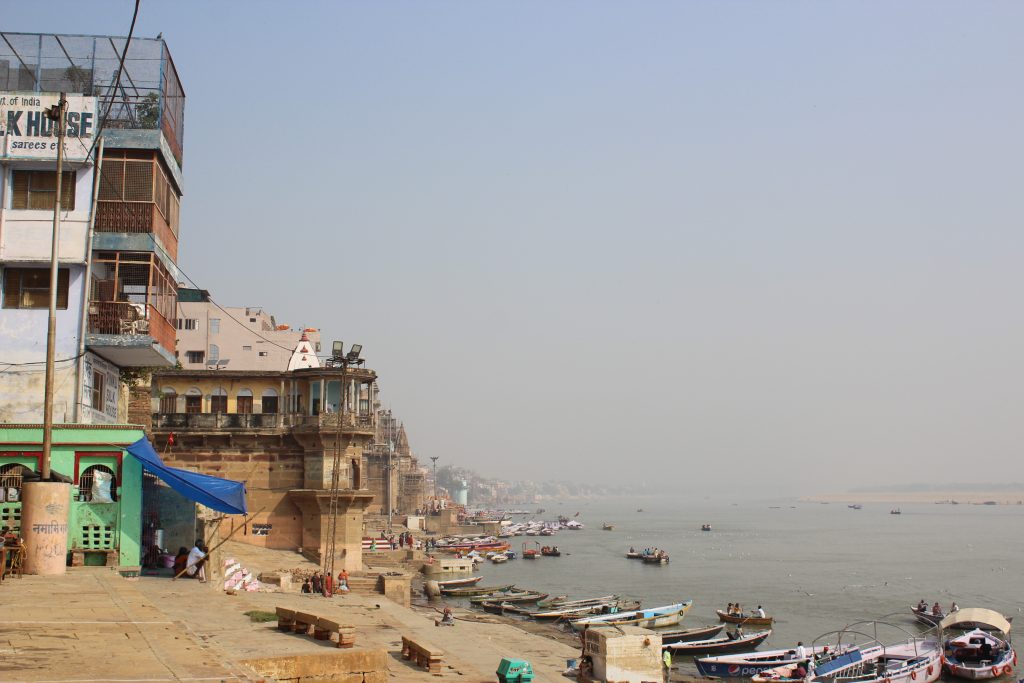 Varanasi is considered one of the 7 oldest cities in India, it’s famous for its  ghats and the worship of the Ganges, besides the large amount of temples dedicated to Lord Shiva. 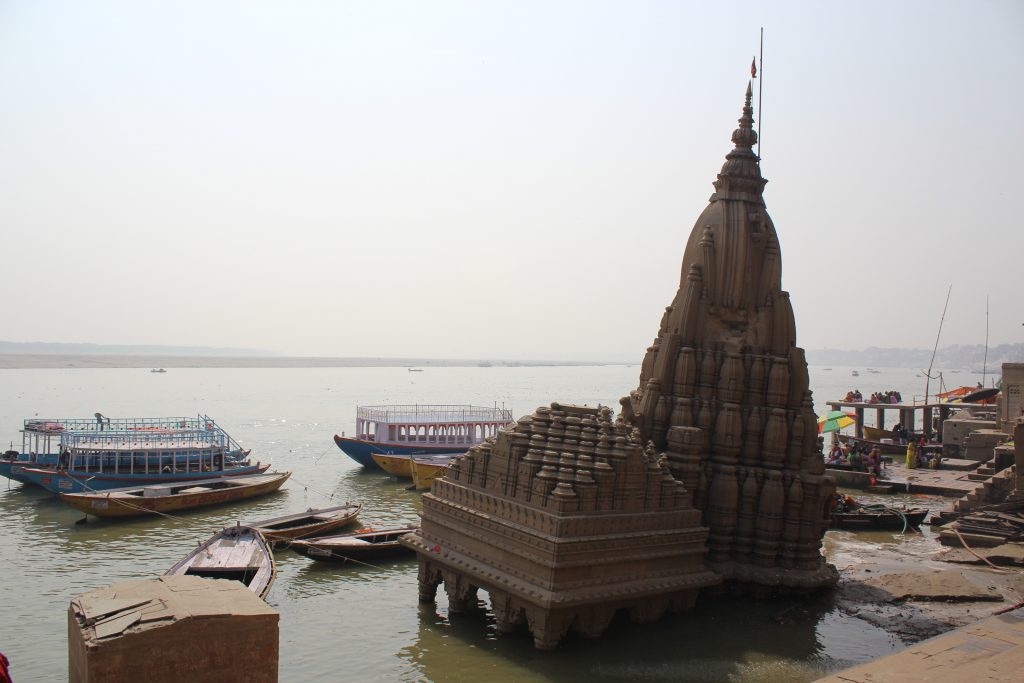 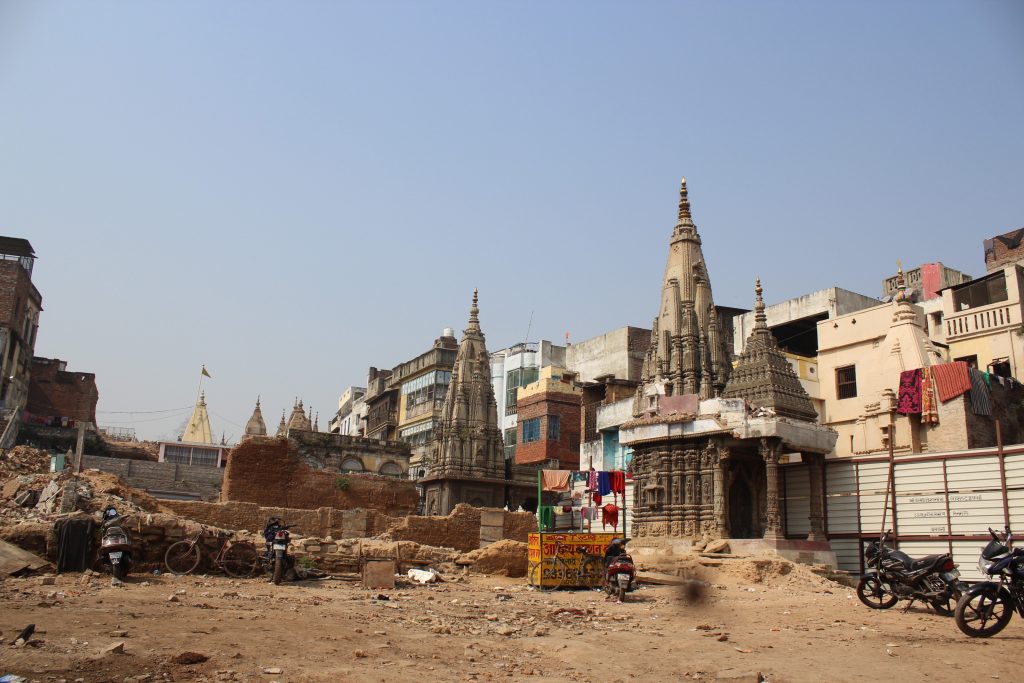 The city is sacred to Hindus and Jains. Hindus believe that dying here and getting cremated along the banks of the Ganges river, then throwing the remains into the river allows one to break the cycle of rebirth and attain salvation. 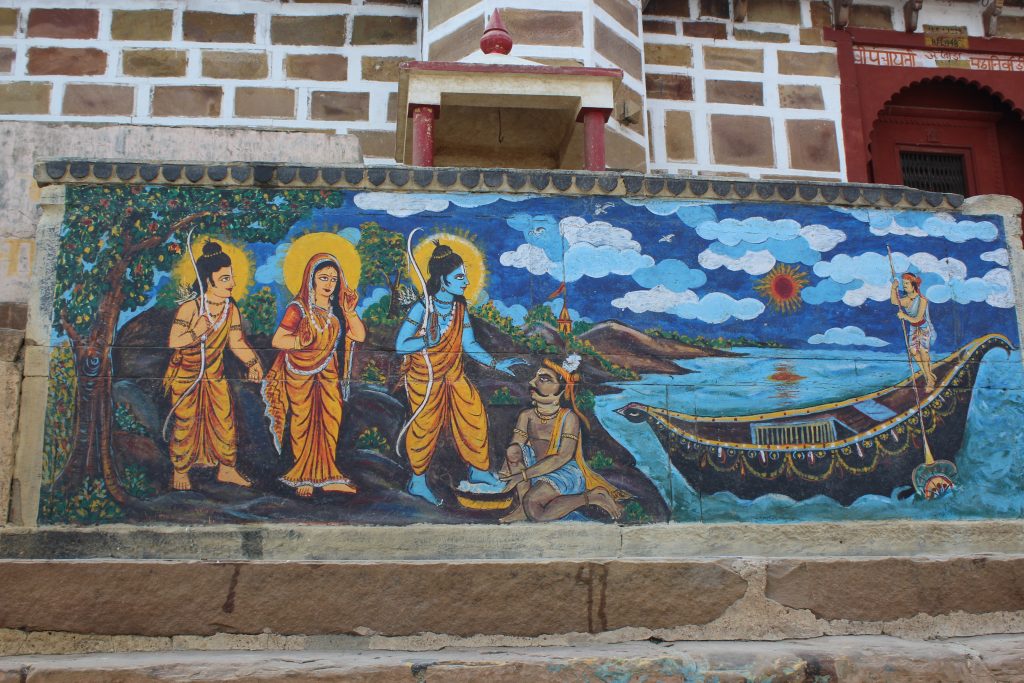 The Ganges ghats were built by Hindu kings who wanted to die along the Ganges. They built lofty palaces along the river, most of which are now hotels, to spend their final days. 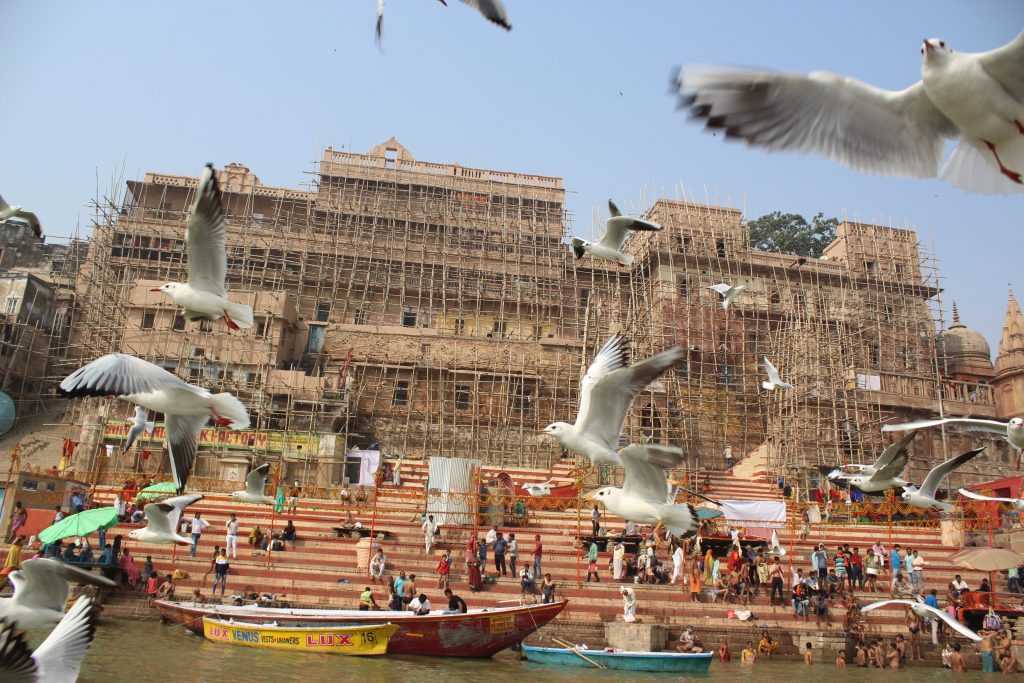 Varanasi has 88 ghats, in  most of them people can be found bathing, washing their clothes or doing a ceremony. From those 88  only two are used exclusively for cremation. 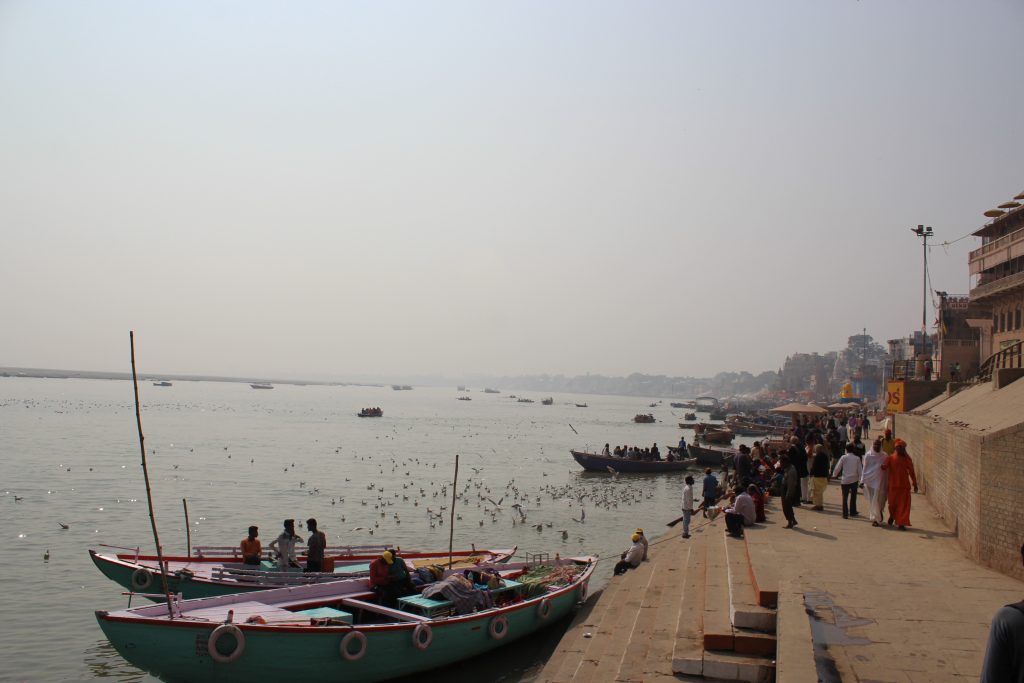 The ghats where the cremation take place its a very special place. As soon I got close to the location people were very vocal to let me know that I couldn’t take photographs.

I was willing to respect the no photo policy but in my boat ride I saw how religious people took photographs from far, so I felt it was ok to do the same. 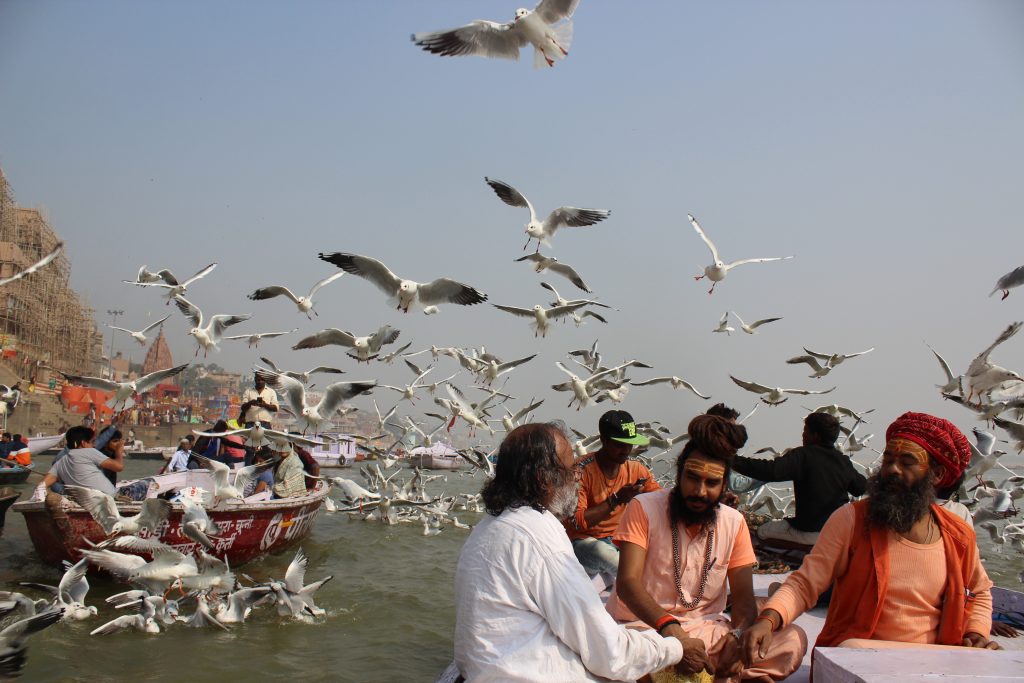 Manikarnika Ghat is the main cremation ghat, only Hindus and Jains can be cremated here. According to a myth an earring of Shiva or his wife Sati fell here. 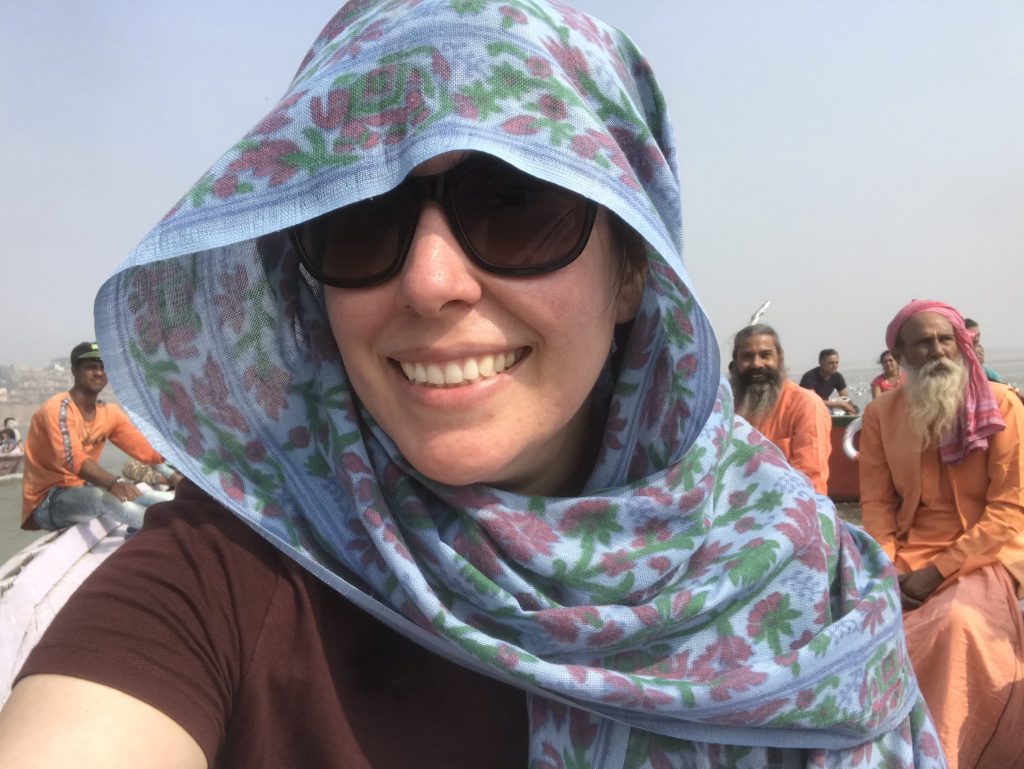 The ceremony is very interesting. As soon as you seat and start to observe people will get close to you. If you are lucky, as I was, it will not be someone that will ask you to buy wood for a poor family or to donate money. 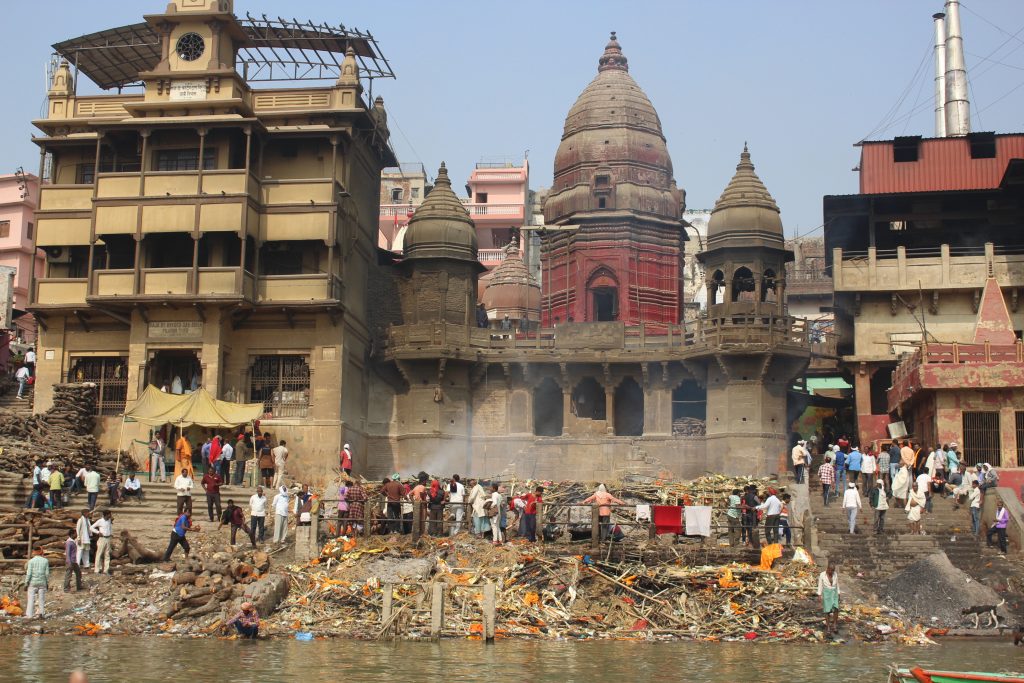 First they wrapped the body in colorful cloth and its carried through the alleyways of the city to the holy Ganges on a bamboo stretcher. When the body arrives  it’s immersed in the ganges and then laid out to dry for about 2 hrs.

When it’s dry, its placed on a burning pit. The wood is weight and selected according to the amount of money that the family has for the ceremony.

The body burns for about 3 hrs. The flames are extinguish with water from the Ganges.The ashes or any larger remain its scattered in the river.  During the cremation process people add sandalwood powder to cancel the smell of burning hair. it actually works. There wasn’t a strong smell, I was not expecting this, however I was covered in ashes.

Pregnant woman, children under the age of 2, people with leprosy and the ones that have been bitten by a snake are not cremated. I was told that their spirit is pure and they don’t need the cleansing fire. Their bodies are just wrapped and thrown into the river.

Criminals and people that commit suicide are also not cremated since their sin it to great. 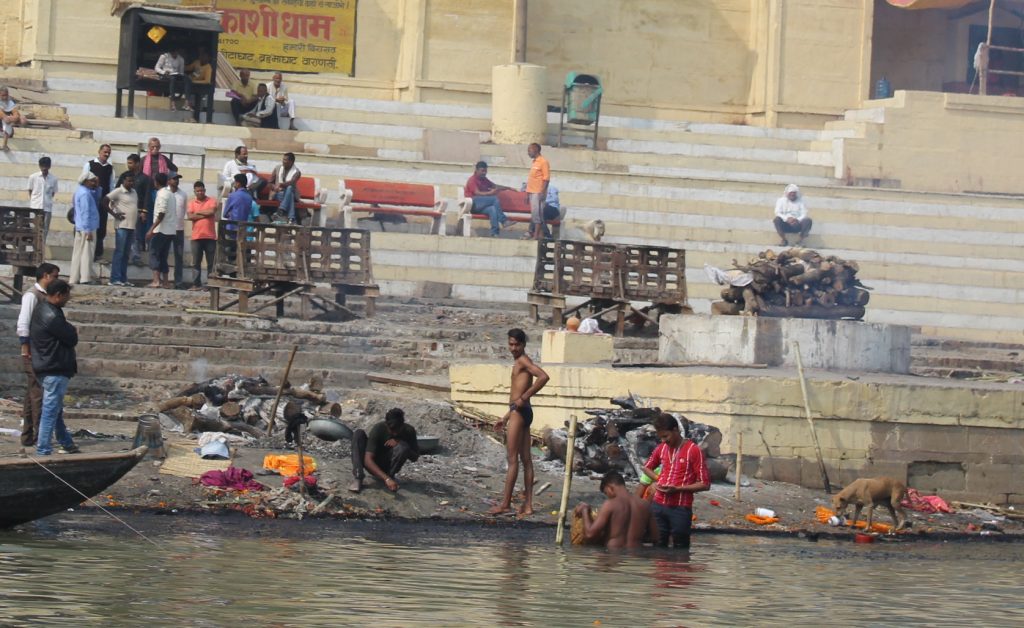 There are no female relatives at the ceremony. Since “women are to  emotional” and they will cry, stopping the soul from going to nirvana.

Every day at sunset they have the aarti ceremony at Dasaswamedh Ghat, the ceremony is to honor Shiva (the fire god)  and the Ganges. It last about and hour and it’s very popular. 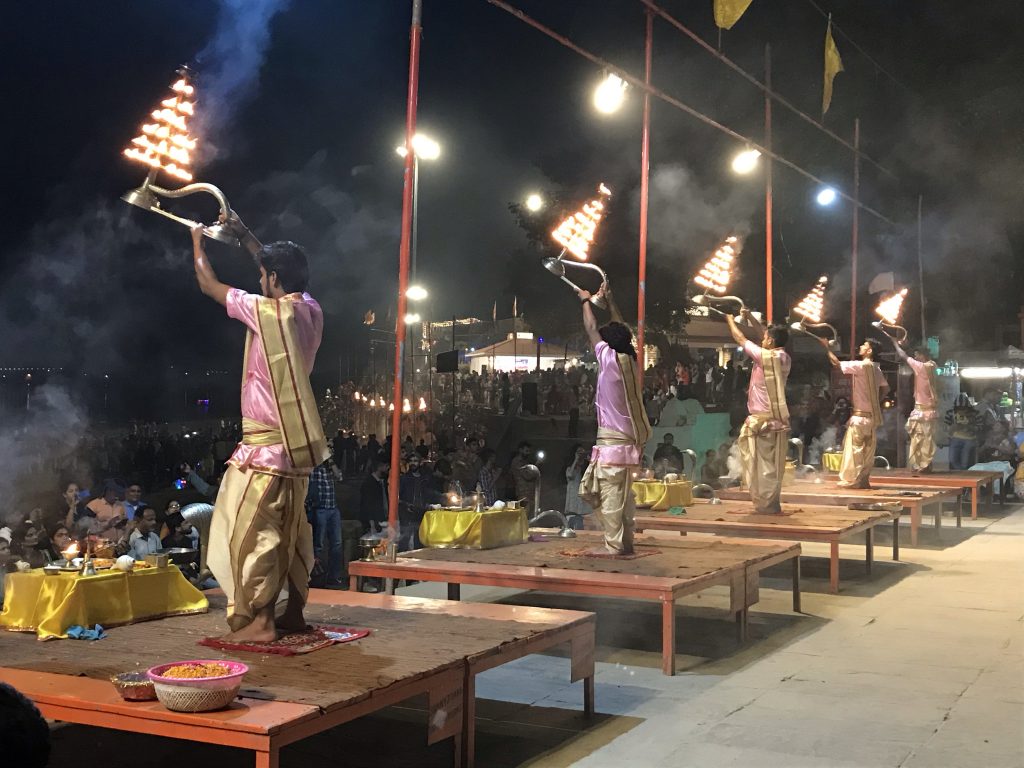 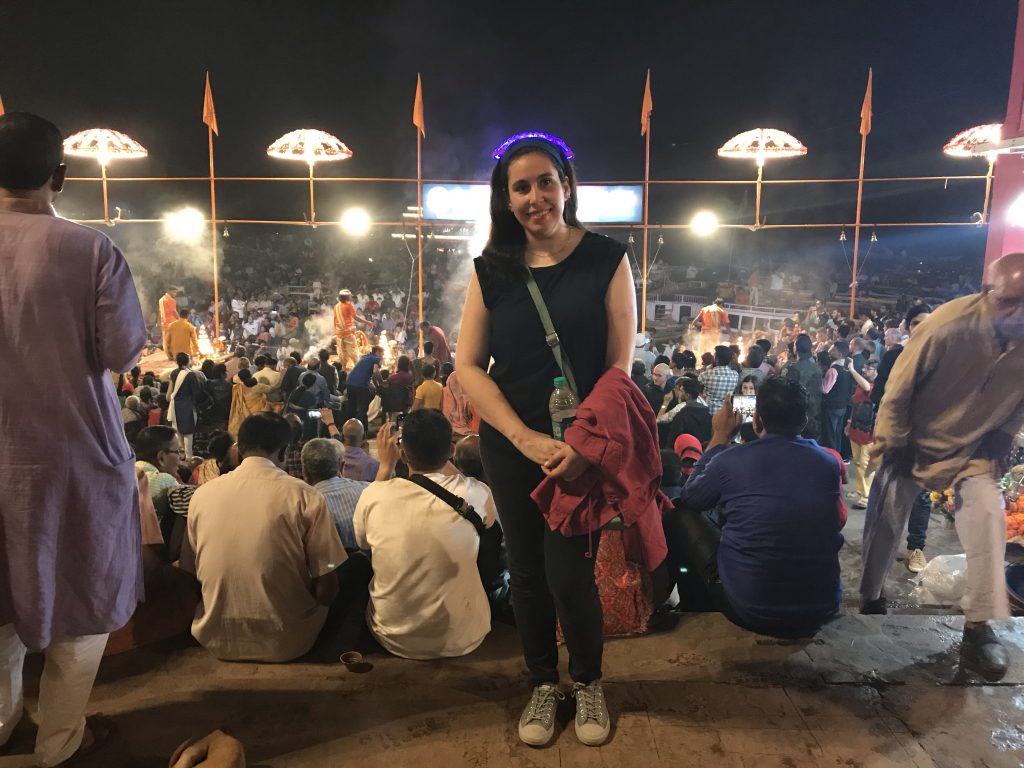 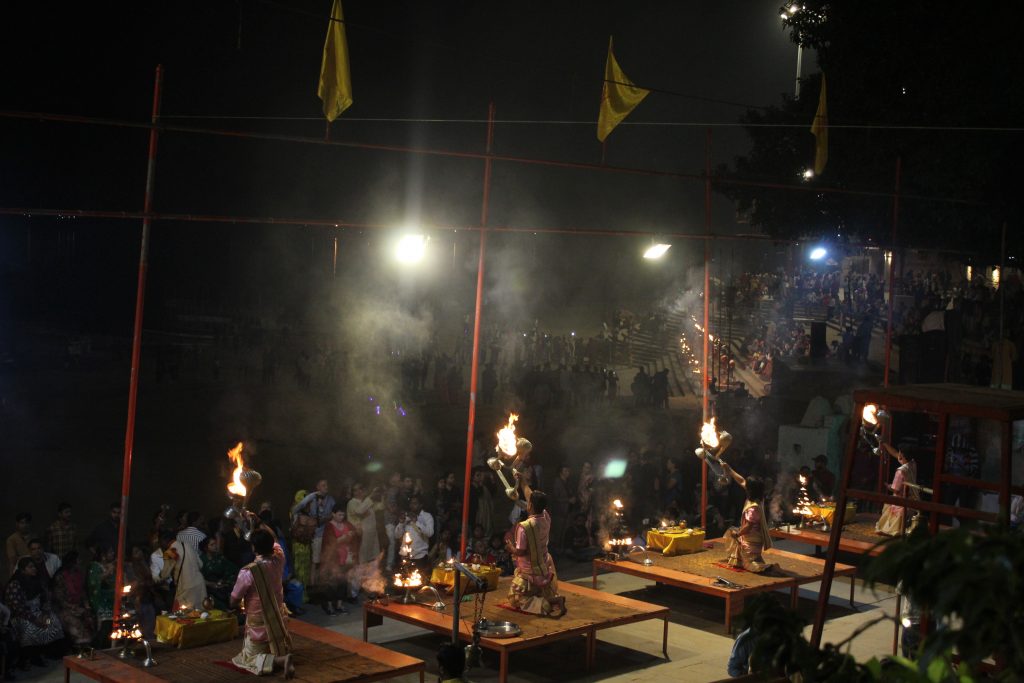 People use the river for all type of activities. 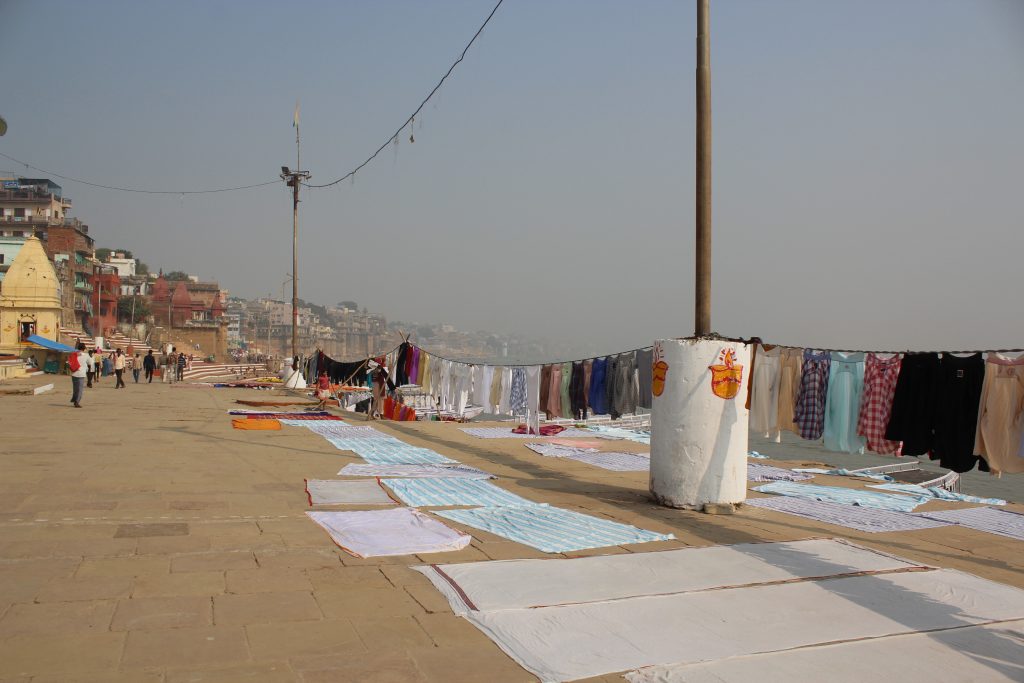 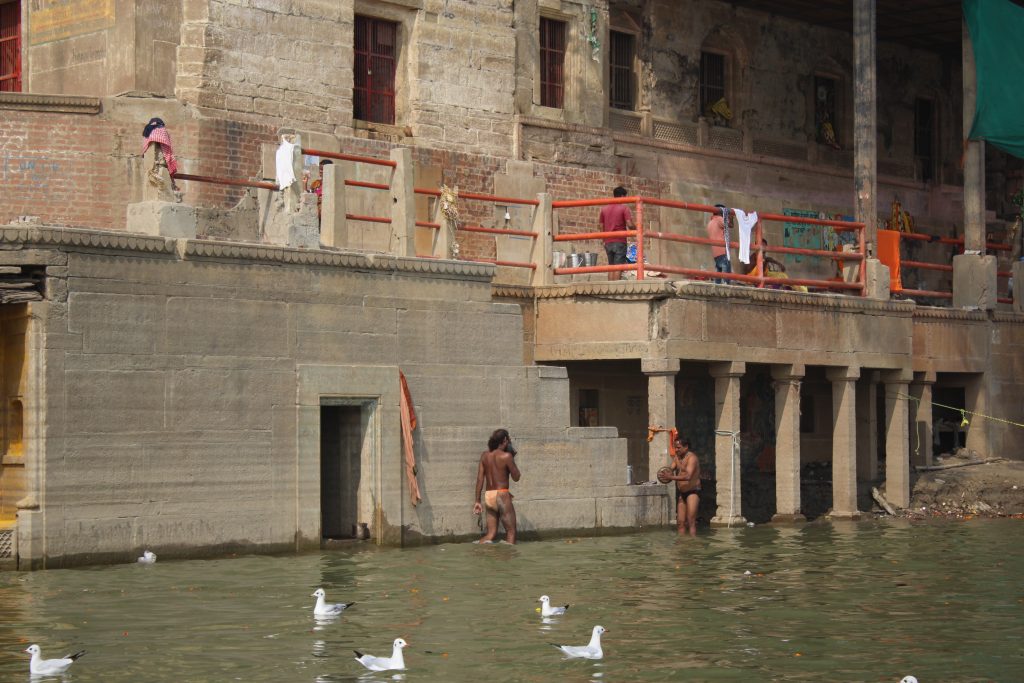 One thing that can be found everywhere are the Shiva linga which is an abstract or aniconic representation of the Hindu deity Shiva in Shaivism. 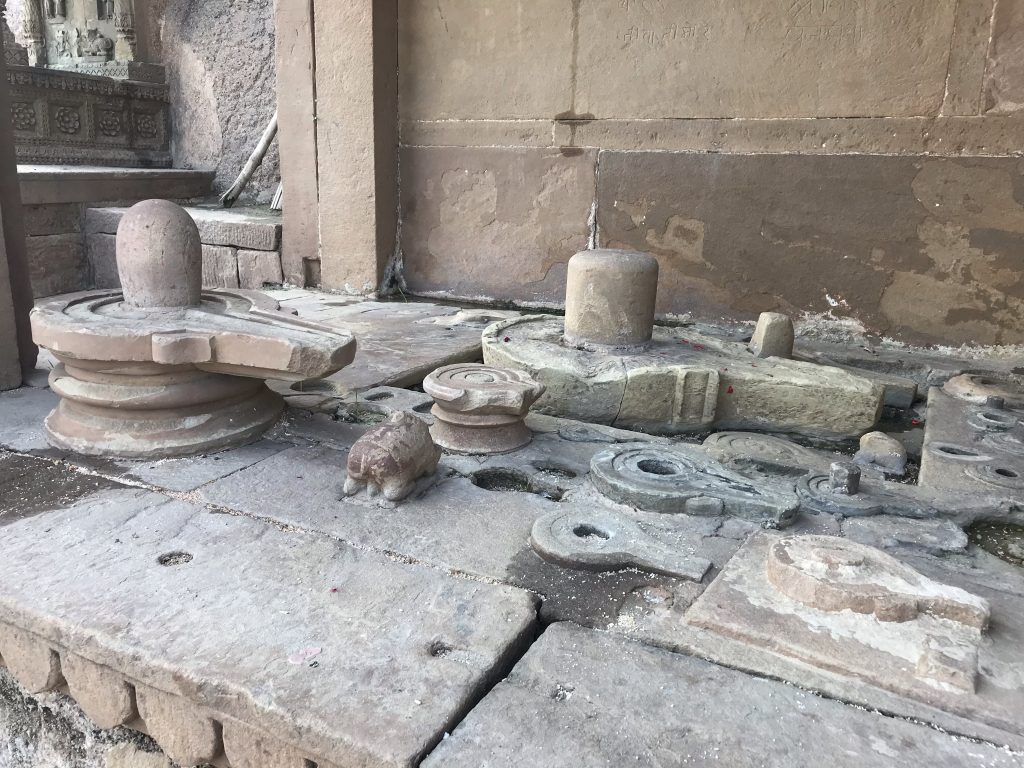 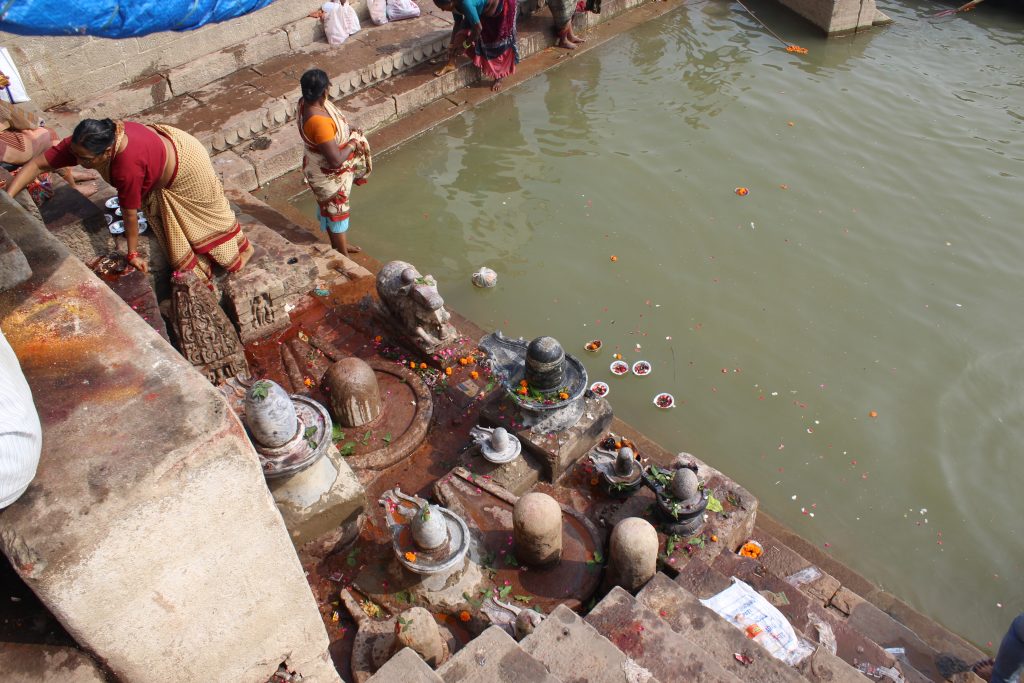 The city it’s a meeting center for spiritual people. 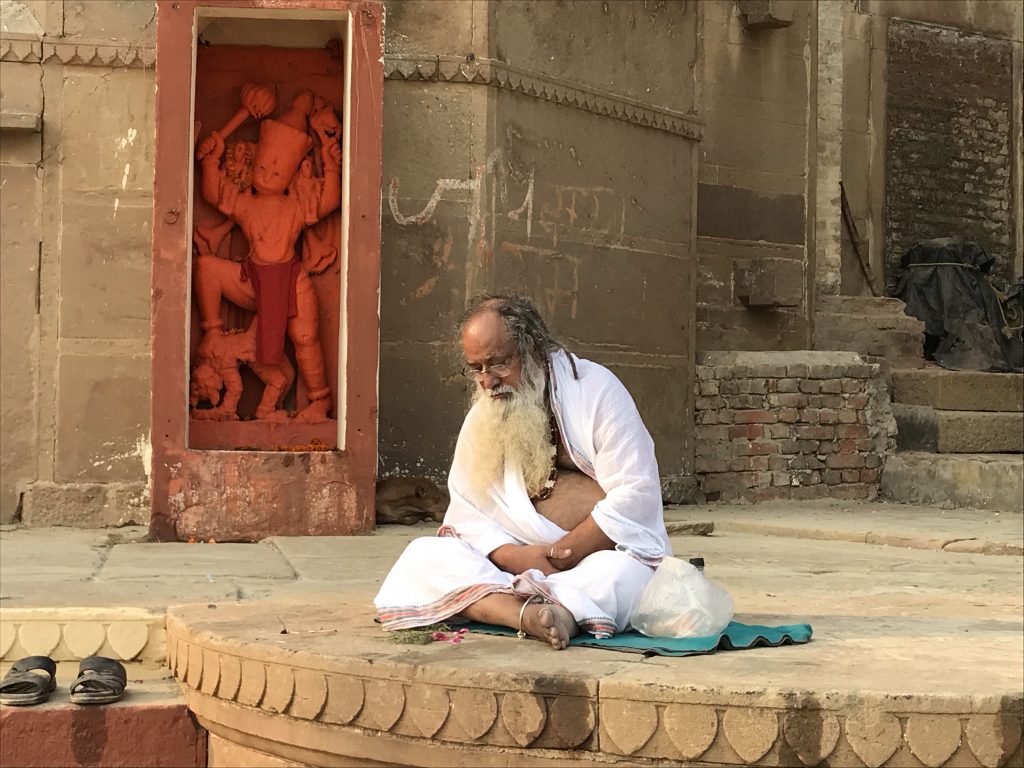 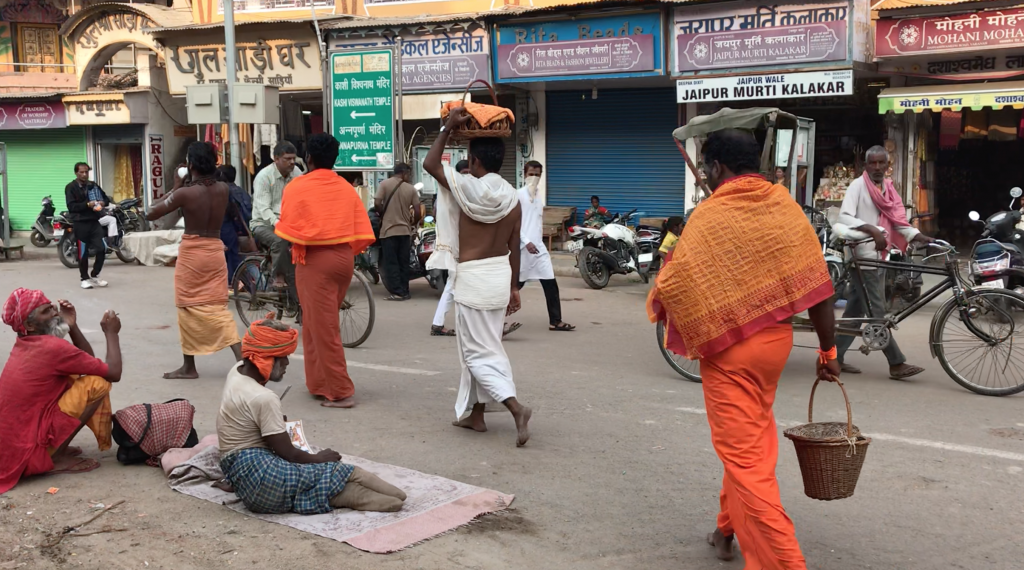 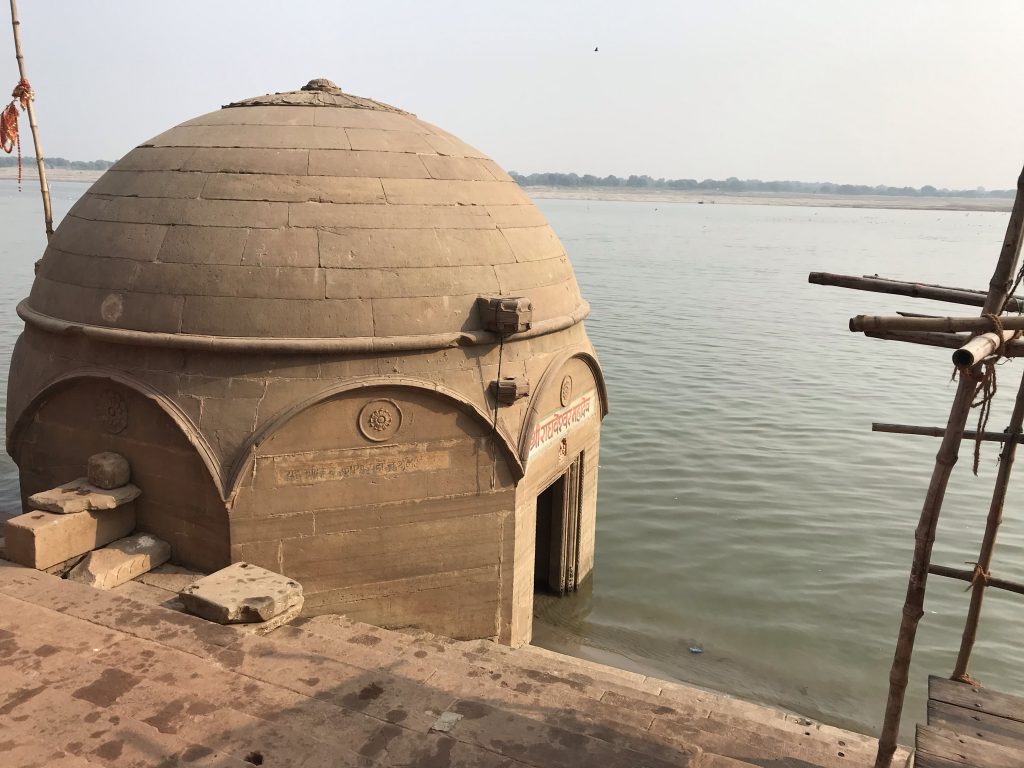 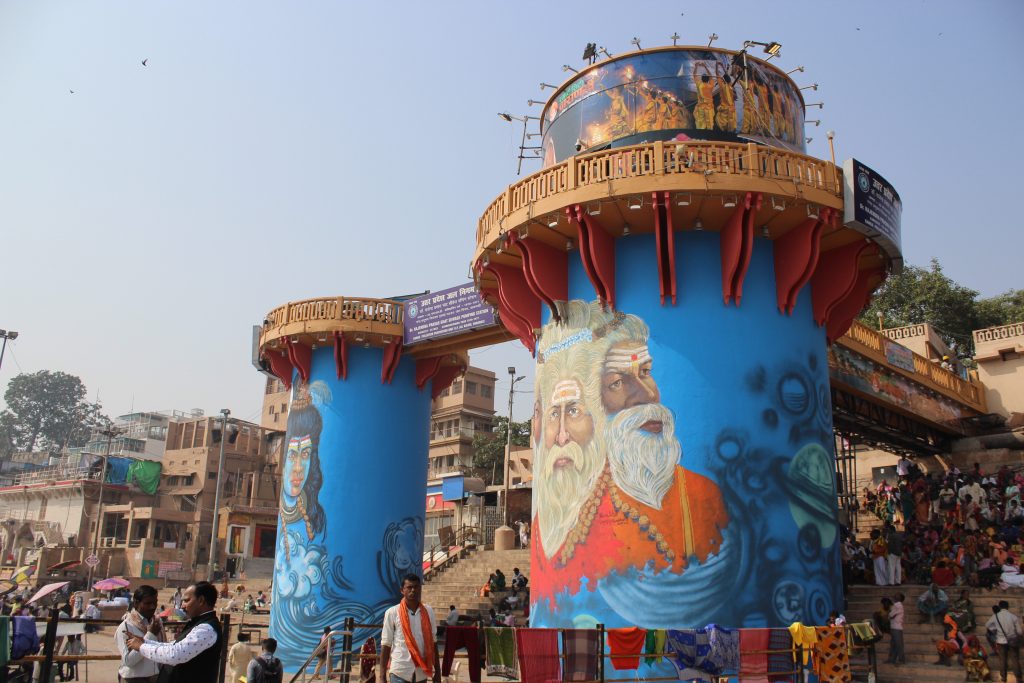 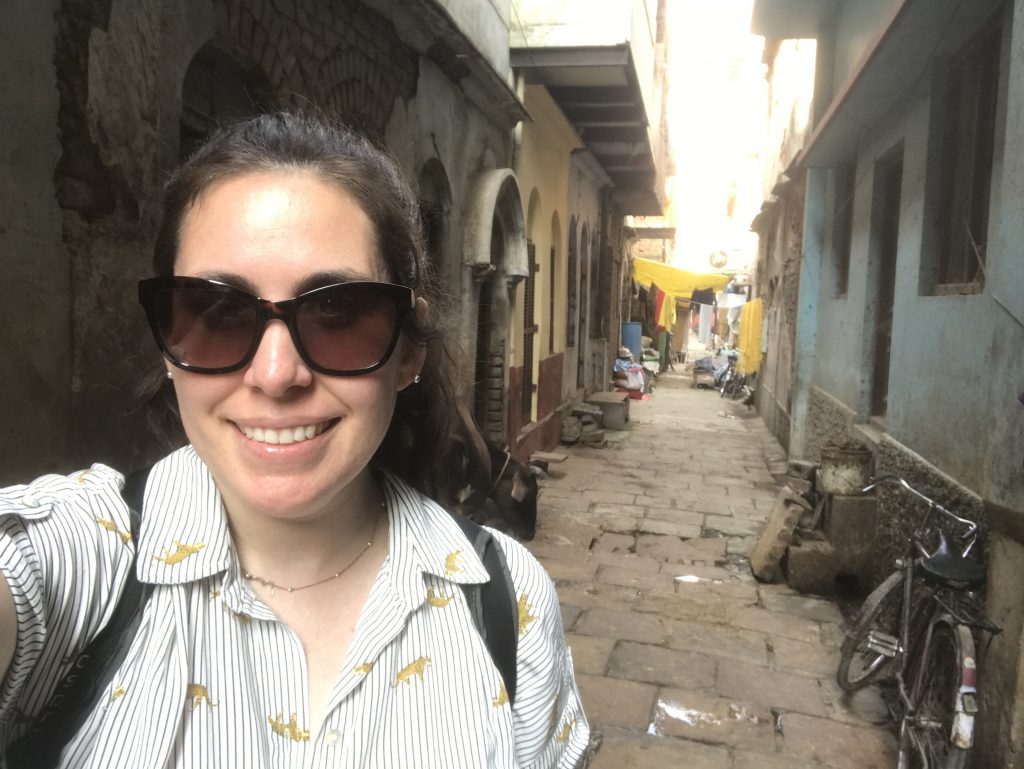 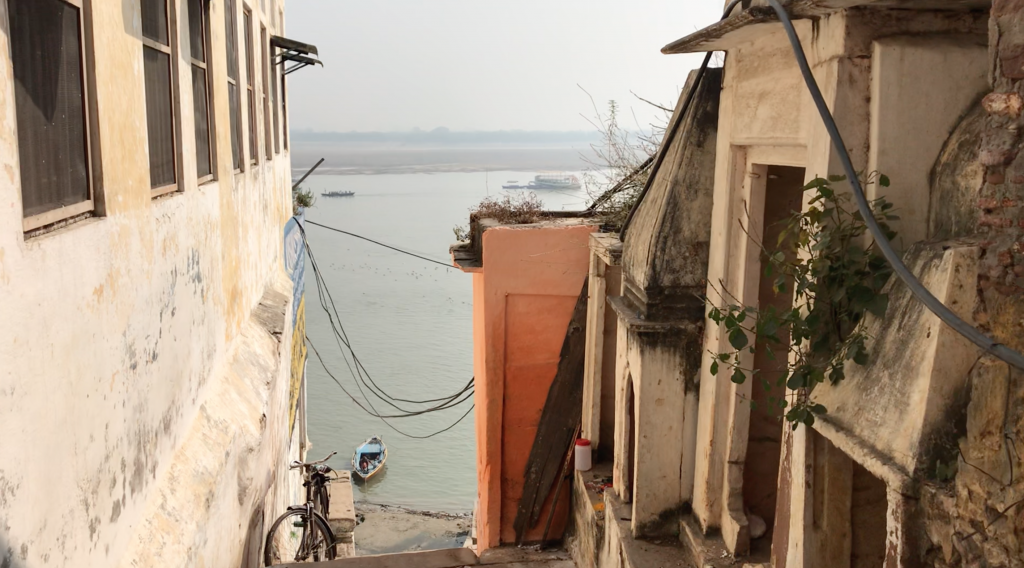 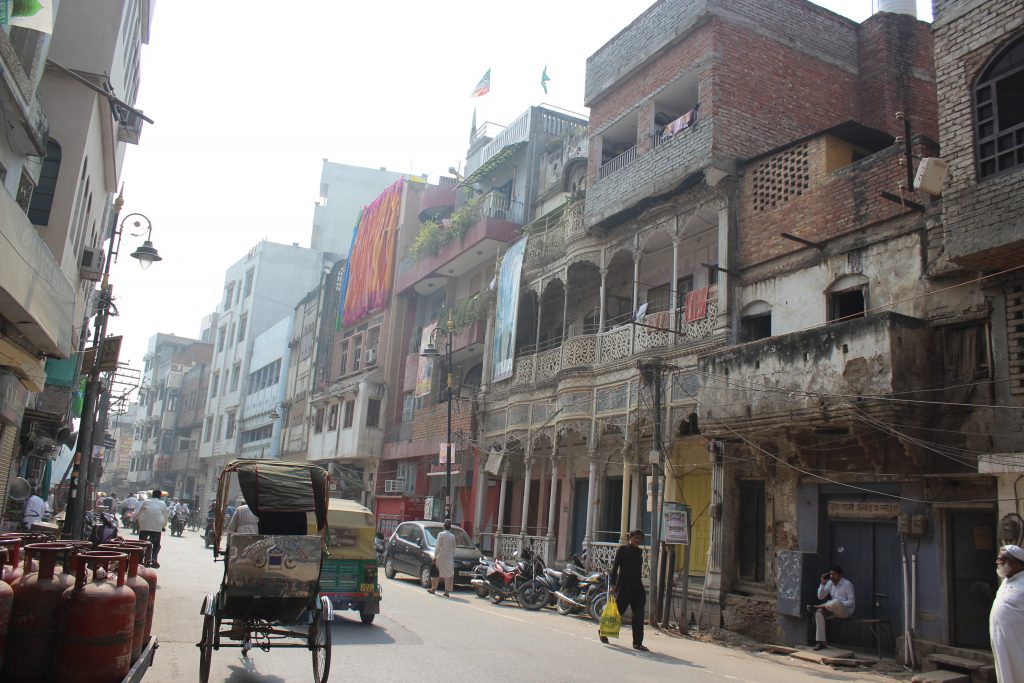 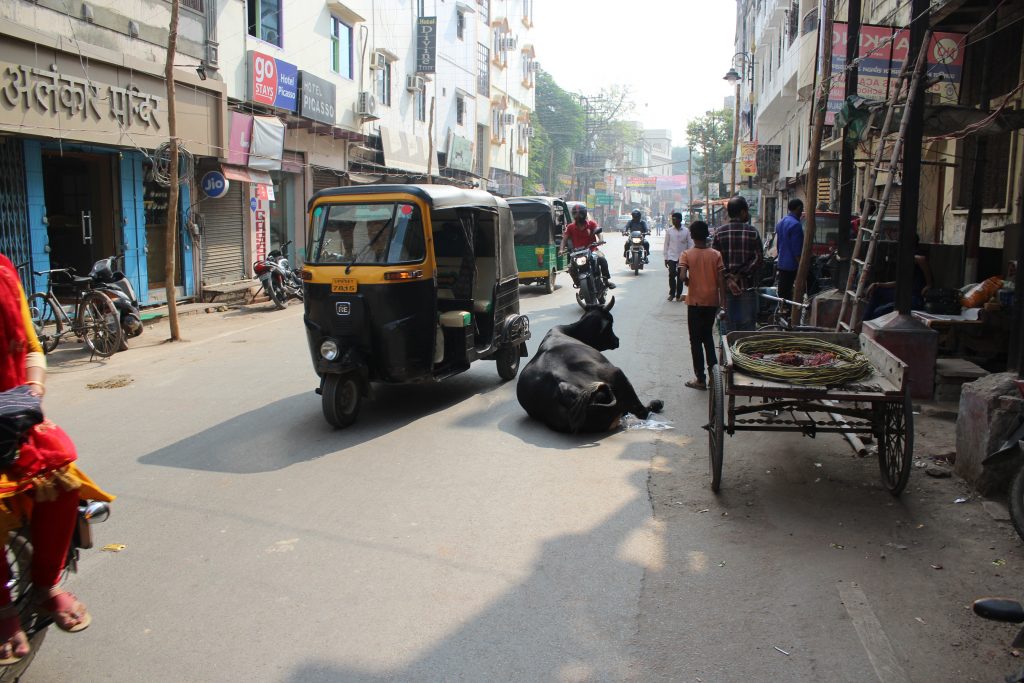