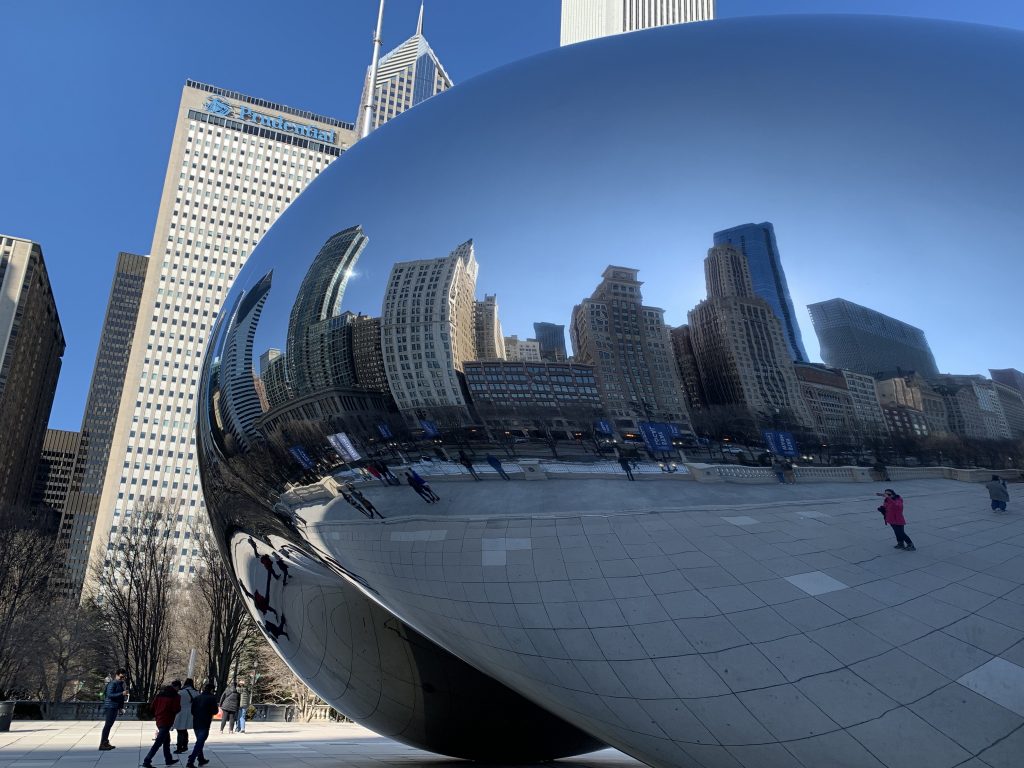 Millennium Park is a public park located in the Chicago Loop.

The park was intended to celebrate the third millennium and is a prominent civic center near the city’s Lake Michigan shoreline that covers a 24.5-acre.

its originally proposed budget of $150 million and the final cost of $475 million. 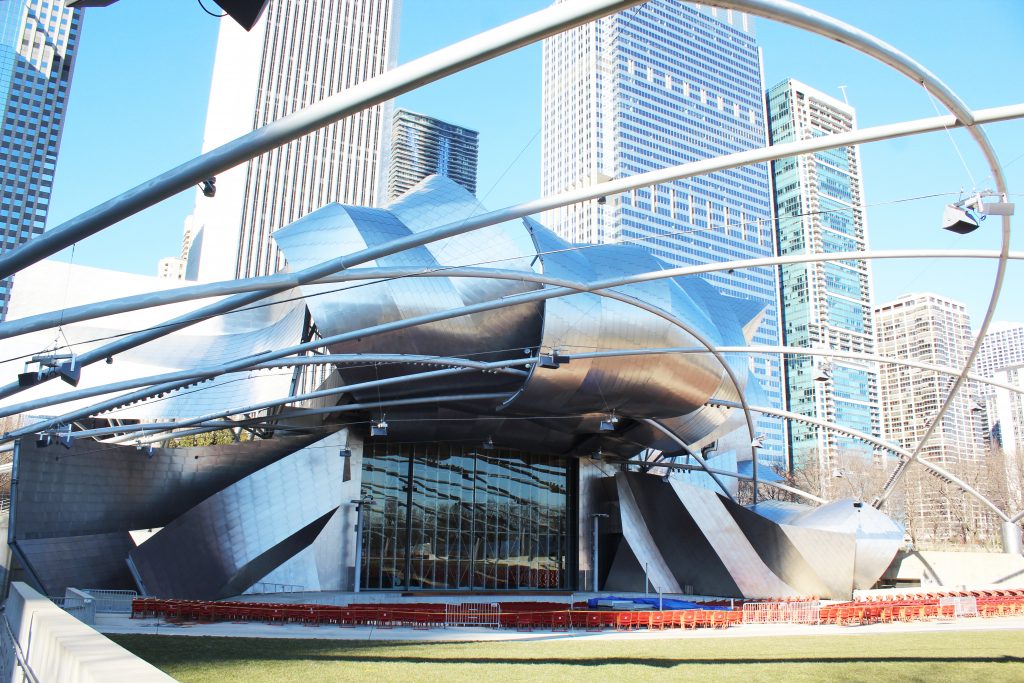 The construction of the pavilion created a legal controversy, given that there are historic limitations on the height of buildings in Grant Park. To avoid these legal restrictions, the city classifies the bandshell as a work of art rather than a building. 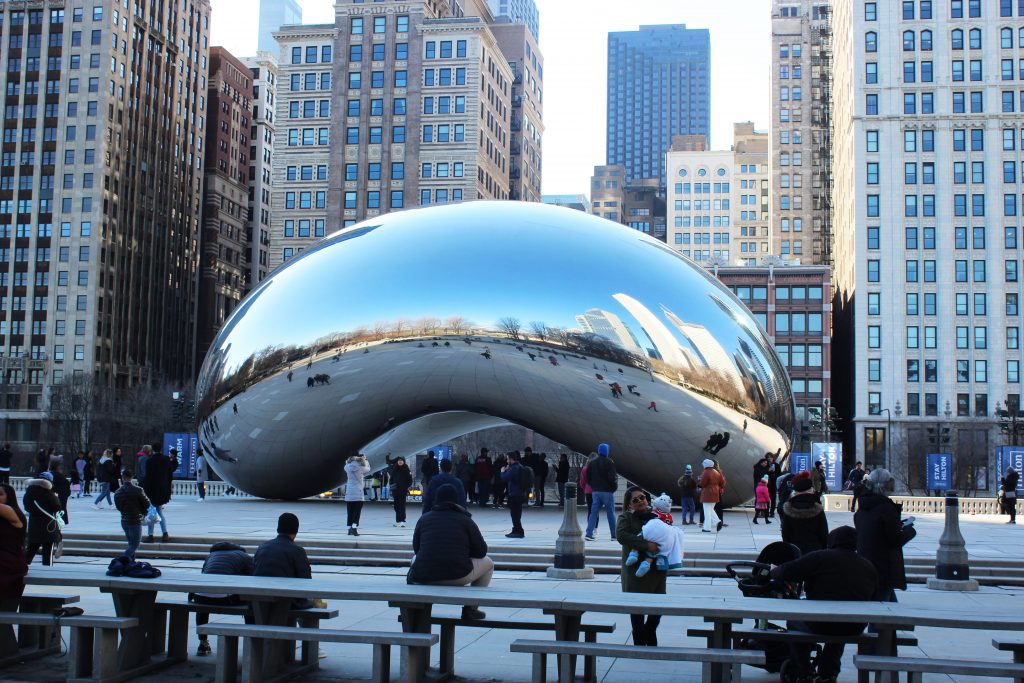 The Cloud Gate, also known as the bean, is the  first public artwork in the United States by world-renowned artist Anish Kapoor. 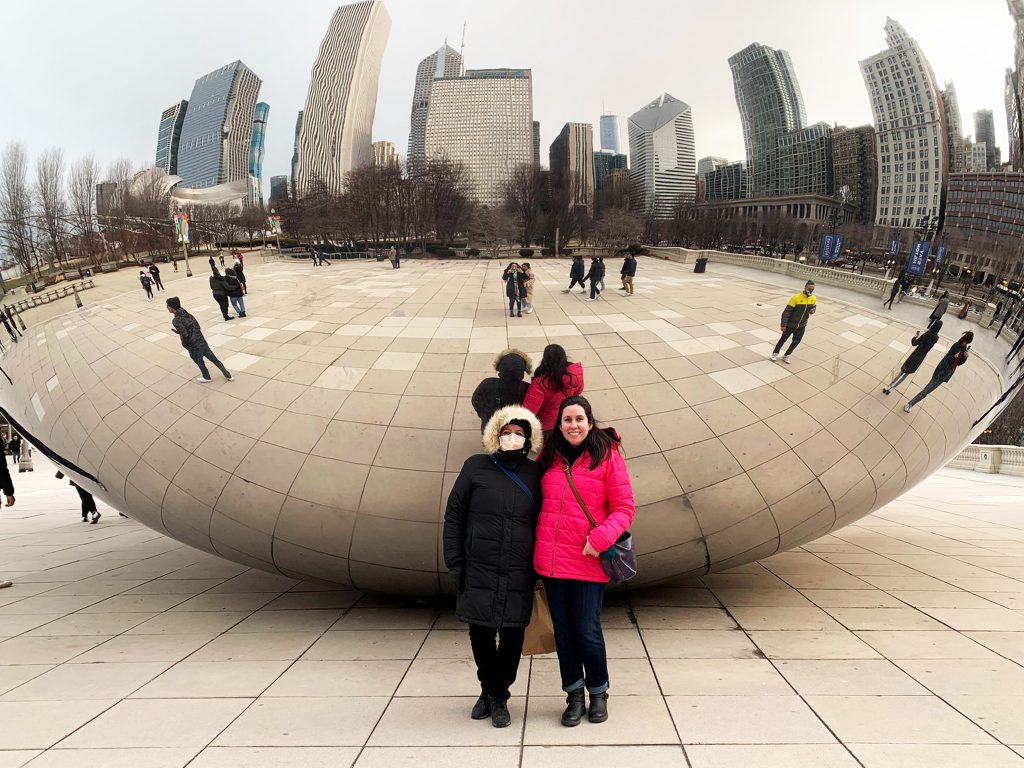 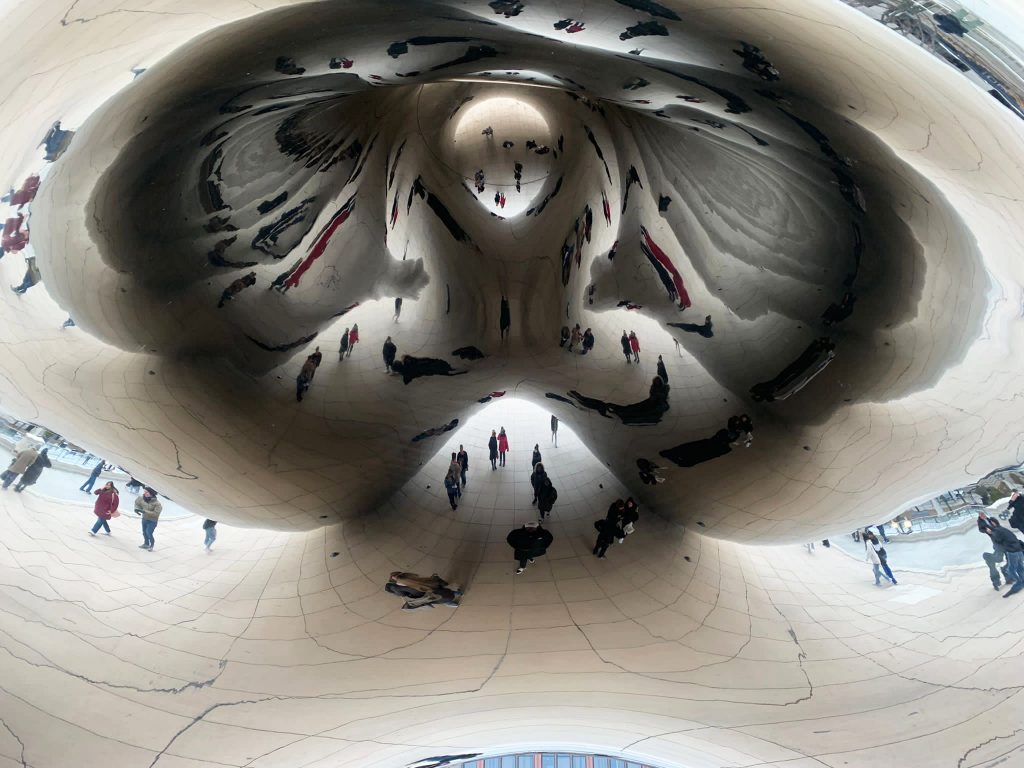 The Crown Fountain is an interactive work of public art and video sculpture, named in honor of Chicago’s Crown family and opened in July 2004. 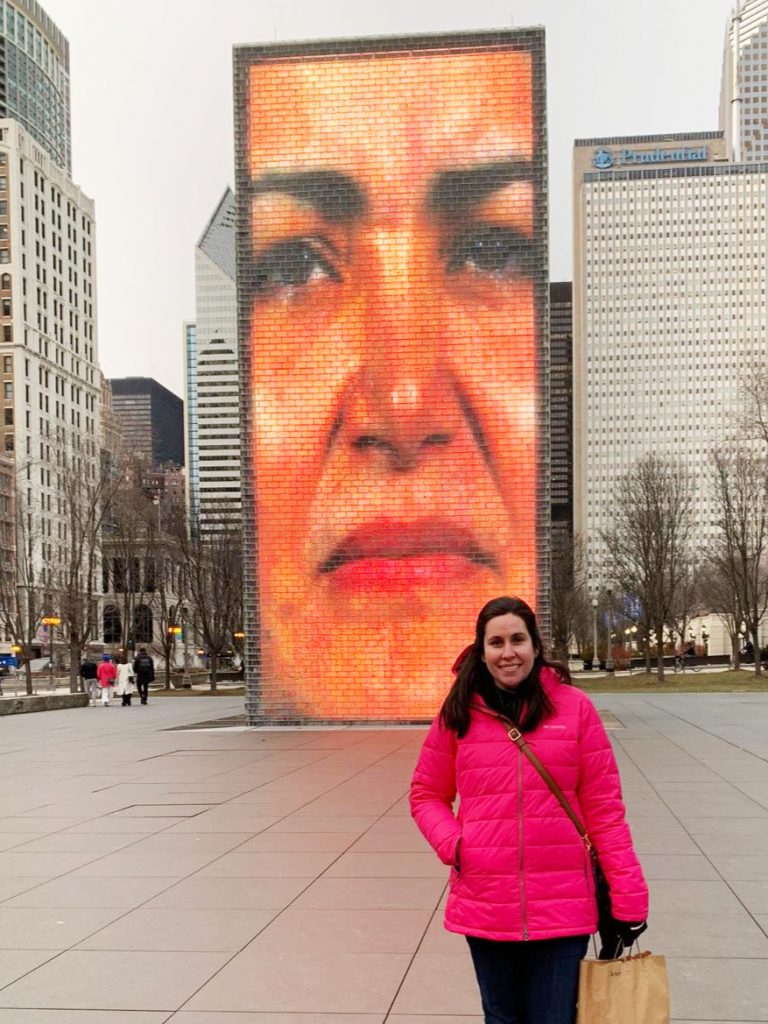 It was designed by Catalan conceptual artist Jaume Plensa and executed by Krueck and Sexton Architects.  The towers are 50 feet (15 m) tall, and use light-emitting diodes behind the bricks to display digital videos on their inward faces.