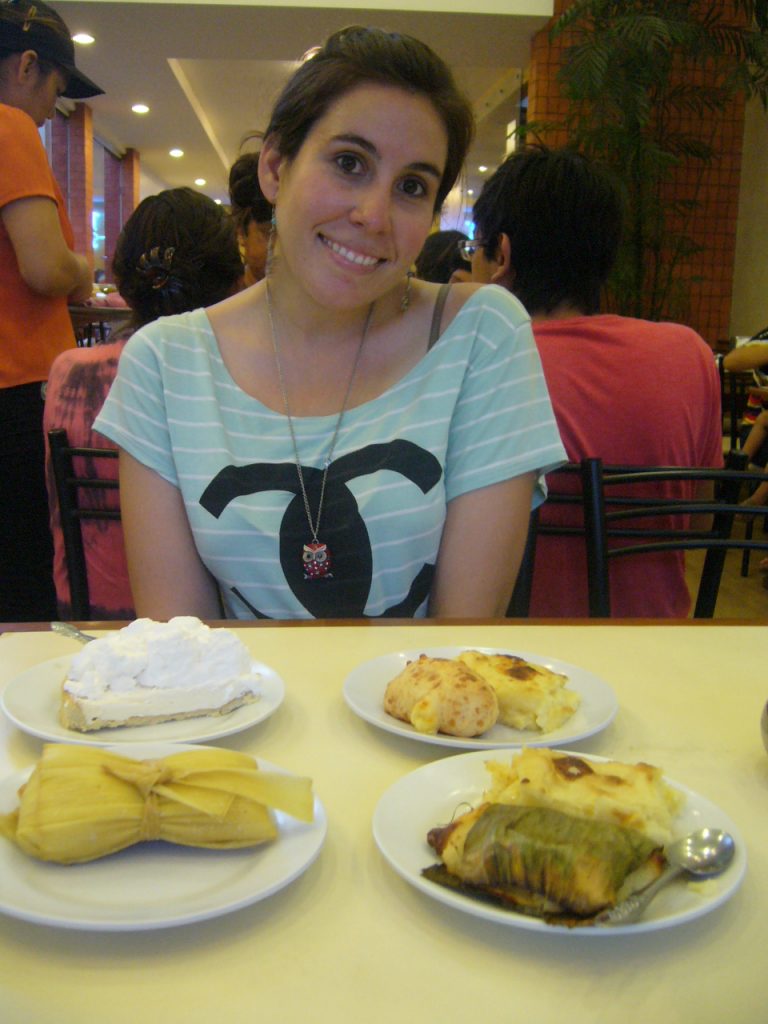 A lot of people ask me about the traditional food from Bolivia, every Department has different food. I was in Santa Cruz which is totally different than La Paz for example, different climate and cooking styles.

While living in Santa Cruz this were my favorite things to eat, they just happen to be for tea time.

Plate 1:   cuñape (oven cheese ball made from yucca starch), Sonso (my favorite  hands down, it’s made from smash yuca, they add cheese and its later cooked in the oven)

Plate 2:  Sonso ( I love it), empanada de arroz (the thing wrapped in a  a leaf. This is made with rice and cheese and baked at some point. I am partial to this, its tasty but its rice,not much of a science)

Plate 3: huminta a la olla (Santa Cruz’s huminta is similar to the tamales found in central america. To make this they use white corn and add cheese instead of meat, people usually eat it with sugar, personally I like it with salt)

Plate 4: lemon pie (this is not my plate, it was just for the photo, I do not like it)

I could be bias but to me, our chilean humitas are way better, you can feel the summer in them.

Its larger in size, we use the yellow sweet corn instead of the white one and we add basil, no cheese or meat, we eat it with a salad on the side… tomato and onions, it’s usually for lunch, SO GOOD!!!!!!!! I will include a photo underneath. 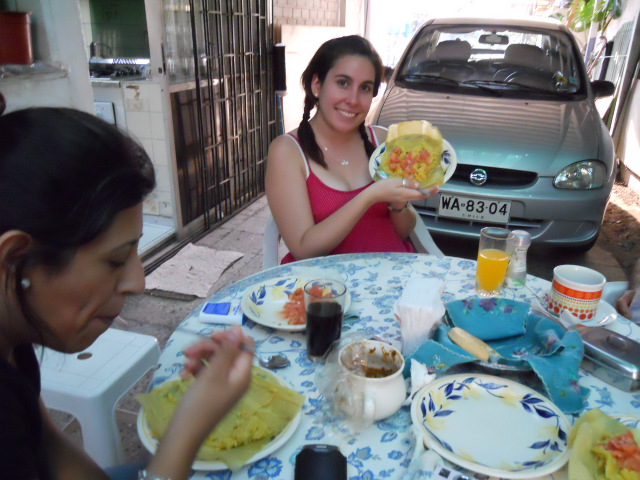